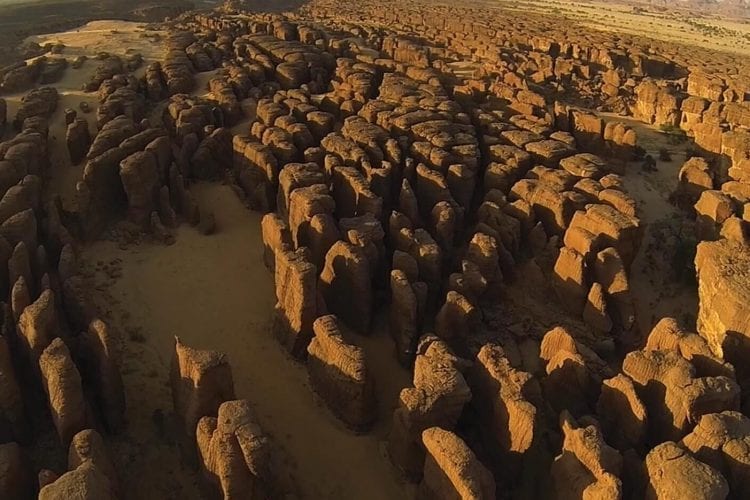 Under African Parks management since February 2018, Ennedi Natural and Cultural Reserve in Chad is a magnificent natural sandstone masterpiece. 40,000 sq km of landscape has been crafted over centuries by wind and water leaving cliffs, natural arches and canyons. Water is permanently present here creating an Eden for a diverse range of flora and fauna, as well as natural life. Many images have been painted onto and carved into the top surface making this area one of the most significant homes of rock art in the Sahara. Ennedi is one of 6 large clusters of mountains (known as a madden) in the Sahara. Fortunately, despite instance poaching in recent years that has severely affected wildlife, an incredible biodiversity still remains.