We are experts in Rwanda safaris, having travelled and explored extensively in Rwanda with the Rwanda Development Board and are extremely passionate about promoting travel to this stunning and diverse country. Whilst gorilla trekking is an absolute highlight at Volcanoes National Park, a safari in Rwanda offers so much more than this, with sightings of the big 5, breathtaking scenery and a fascinating history to discover in various destinations.

Our Directors, Rob & Clyde are two of only a handful of true Rwanda experts. They have explored most of the country in depth, spent time in all three of the main national parks over the years and have also stayed at almost all the best accommodation establishments. For honest expert advice contact them here or call Rob on +44 7791 360170 or Clyde on +44 7809 726266 or email on [email protected].

When to travel to Rwanda

Rwanda is a destination for all seasons, however, visiting Rwanda to trek for mountain gorillas is best during the drier season from June to September. This is also the optimum time for tracking chimpanzees. Temperatures hardly vary throughout the seasons due to Rwanda's position just south of the Equator. Days are warm and nights are cool, especially at altitude.

Do I need vaccinations for Rwanda?

There are several vaccines which are recommended for visiting Rwanda, especailly for jungle trekking tours. Besides the usual vaccinations for life in the UK such as MMR and flu, it is also advised to get vaccinations for Hepatitis A, Hepatitis B, Tetanus, Typhoid, Cholera, Yellow Fever, Rabies and Meningitis.

How many volcanoes are in Rwanda?

Do I need a visa for Rwanda?

Yes, you do need a visa to enter Rwanda, and you can get a free thirty-day tourist visa if you are a citizen of a country members of the Commonwealth, African Union or La Francophonie, including the UK. Visas are available on arrival in Rwanda but can also be accessed in advance at any Rwandan diplomatic mission or via an online application.

What is the average temperature in Rwanda?

What to wear on safari in Rwanda

On any safari trip, you’ll want to avoid brightly coloured clothes or clothes that are too dark, particularly when visiting Rwanda’s gorillas, so neutral colours such as beige and khaki are ideal. Long sleeved tops and trousers will be essential to prevent mosquitos from having easy access to your skin, and socks with sturdy, waterproof hiking or walking boots will allow you to trek comfortably. A fleece lined jacket will keep you warm during early morning treks, and if you’re traveling in the rainy season, a lightweight rain jacket will be needed. More specialist gear such as trekking gaters and garden gloves will protect you from harsh jungle foliage and remember a hat to protect you from the sun. 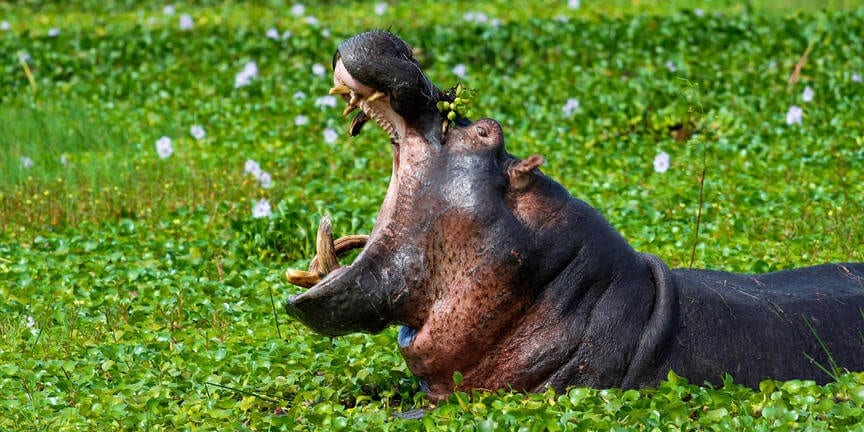 Create Your Own Safari Trip

Ideas to Get You Started

Sitting in the presence of Gorillas is without a doubt one of the top "life" experiences a nature lover can ever have ... Read More 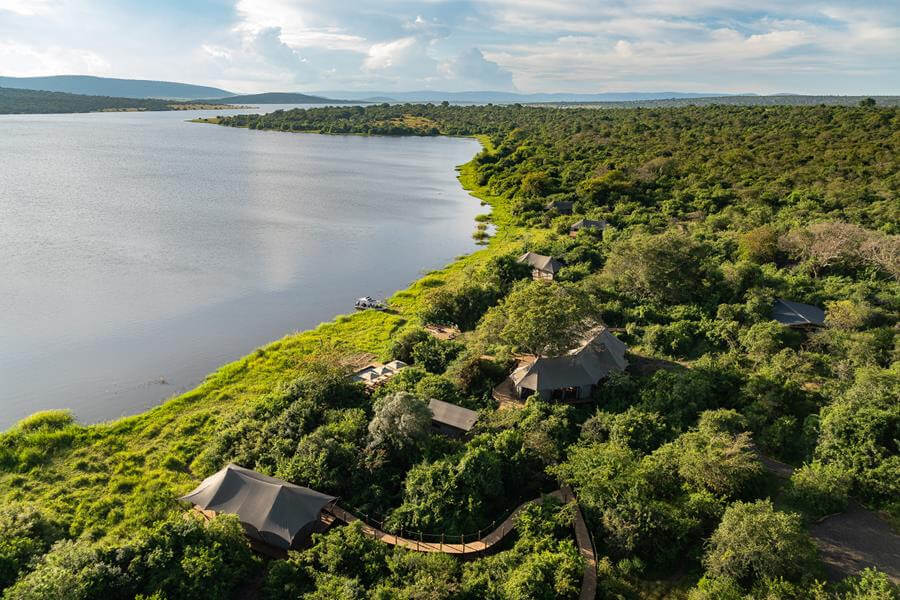 With its mountainous landscapes and incredible biodiversity, there are so many reasons why you should visit Rwanda ... Read More

Kigali, the capital city, is a real treat not only to first-time visitors to Africa but also to a well-seasoned Africa traveller... Read More

Explore the Regions below 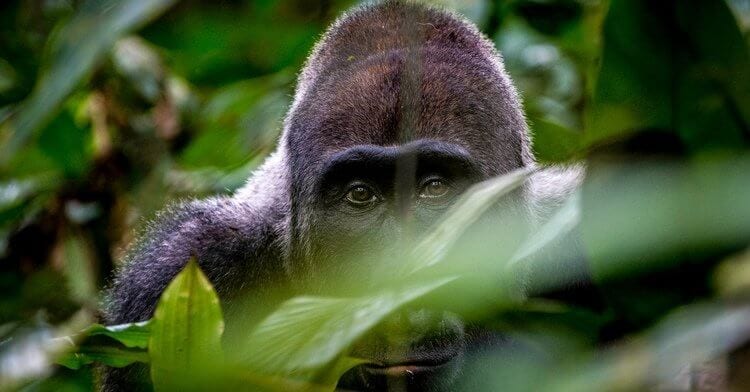 Things to do on a Rwanda Safari

Due to our well established, strong personal relationships with all of our ground operators, National Park Authorities and Conservation Management teams in Rwanda, we are always kept up to date on the most recent information of wildlife & conservation projects, ensuring you get to see Rwanda's wildlife like never before.

Rob & Clyde are two of the most knowledgeable experts on Rwanda safaris in the world and have travelled extensively to all Rwanda's National Parks, camps and lodges. They have been recognized by the Rwandan Tourism Board as such and are regularly invited to special "invitation-only" events such as Kwita Izina, the annual Gorilla baby naming ceremony, and Visit Rwanda marketing events worldwide.

With Tailormade Africa, no two safari holidays itineraries are ever the same. The combination of our in-depth knowledge of the country and taking the time to get to know all of our clients' travel personalities ensures truly bespoke itineraries and a trip specifically tailored to you.

If you are travelling from the UK, mainland Europe or from North America there are various flight options:

Travel from the UK

From North America the best options are to fly to London, Amsterdam or Brussels and connect on the direct flights with RwandAir, KLM or Brussels Airlines to Kigali. Alternatively fly with Qatar Airways to Kigali via Doha or Turkish Airlines via Istanbul.

Mountain gorillas live at high altitude (1,700 metres) in the Virungas, Volcanoes National Park. There are currently 10 habituated gorilla families each of which can be visited by a maximum of 8 visitors per day. Viewing time is limited and people are permitted to stay with the gorillas for a maximum of 1 hour only. Gorilla trekking involves walking long distances through thick vegetation and up steep, wet and muddy terrain which may prove a challenge for some visitors.

We recommend you pace yourself: walk slowly and drink plenty of water. On the track, carry as little as possible in a waterproof bag: hat, sunscreen, sunglasses, camera, etc. No one should, however, feel deterred from making this trip as mostly, average fitness levels will be sufficient for the treks. Porters are available to help you carry your daypack for a small fee. Children under 15 years of age are not permitted on gorilla treks. Find out more about Gorilla trekking Rwanda here.

Fees for mountain gorilla tracking permits are US$1500 per person for foreign non-residents, foreigner residents in East African countries, foreigner residents in Rwanda and for Rwandan citizens - this is inclusive of park entrance fees. Tracking only takes place in the morning and always starts at the Volcanoes National Park HQ in Kinigi at 0700 hrs every day. Many of the park’s team of trackers and anti-poaching officers speak English or French.

Rwanda is not just about the Gorillas, so plan a visit to Volcanoes National Park, but we recommend including it's two sister parks - Akagera National Park for wildlife including Lions, Elephant, Giraffe, Hippo and more, and Nyungwe National Park for the variety of primates including Chimpanzees and of course relaxing and exploring beautiful Lake Kivu. With plans to add a tourist lodge in Rwanda's newly established fourth National Park - Gishwati-Mukura National Park - conservation and tourism are thriving in Rwanda, with travellers coming from all around the world to catch a glimpse of nature at its best.

Visit Rwanda is a campaign to foster tourism and business in Rwanda. It is the second fastest growing economy in Africa right now.

Mention the name Rwanda and most people remember the protracted civil war that escalated into a horrific genocide and claimed the lives of nearly a million people. However, over twenty years later this resilient and safe country is now truly thriving and has become one of the most economically vibrant and socially progressive on the continent. We do encourage our clients to explore Kigali, one of the friendliest and cleanest capital cities on the continent, and visit the Genocide Museum, to gain a background in this remarkable country to see how far it has come, and head off and explore as much as possible of this sensational country. We at Tailormade Africa love Rwanda!!

Geographically, it’s also one of Africa’s most remarkable countries. Labelled ‘The Land of a Thousand Hills’, its verdant forests offer one of the top wildlife experiences on the planet: meeting the mountain gorillas studied by Dian Fossey in the Volcanoes National Park. It’s a once-in-a-lifetime event that should be on everyone’s ‘bucket list’.

To the east, you can explore the off-the-beaten-track savannah of Akagera National Park home to elephant, hippo and – after a 15-year absence – a newly re-introduced pride of lions and also rhino that are the subject of a fascinating conservation story led by the non-profit organisation African Parks.

You can hike to the summit of dormant volcano Mount Bisoke, pick up woven handicrafts from villages, watch tea pickers at work, and relax at a lakeside retreat on the shores of Lake Kivu – the eighteenth-deepest lake in the world – where Amato fishing boats ply the depths.

Rwanda is an elevated country in the African Great Lakes region of the continent. The geography of the country is dominated by mountains in the west and savannah to the east with numerous lakes throughout the country.

The population of Rwanda is young and predominantly rural with a density amongst the highest in Africa. Rwandans are drawn from one cultural and linguistic group called the Banyawanda although within this group there are three subgroups: the Hutu, the Tutsi and the Twa. The country has been governed by a strict administrative hierarchy since pre-colonial times and there are five provinces delineated by borders which were introduced in 2006. Rwanda is one of only two countries with a female majority in the national parliament.

Since the genocide of 1994, when Rwanda's economy suffered greatly, the country has now strengthened. The economy of Rwanda is based mostly on subsistence agriculture and coffee and tea are the major cash crops for export. Tourism is a fast-growing sector and is now the country's leading foreign exchange earner. Rwanda is one of two countries in which mountain gorillas can be visited safely. Music and dance are an integral part of Rwandan culture: particularly drums and the highly choreographed intore dance. Traditional arts and crafts are produced throughout the country including imigongo: a unique cow dung art.

Due to a combination of tropical location and high altitude Rwanda enjoys a year-round temperate climate. Temperatures rarely stray above 30 degrees Celsius during the day and 15 degrees Celsius at night through the year. The upper slopes of the Virunga mountains can be cooler however generally, variations in temperature throughout the country are insignificant.

Most parts of the country receive in excess of 1000mm of precipitation annually with the wettest months being February to May and the driest months being July to September. 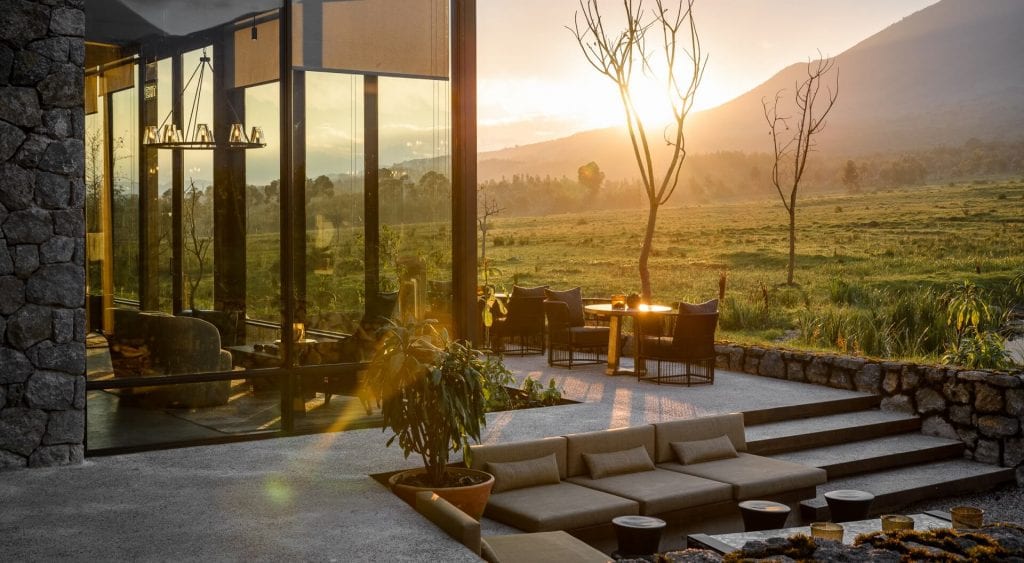 One & Only Gorilla’s Nest

One & Only Nyungwe House

There’s no denying that Rwanda is a beautiful country, but we make sure you stay in the most luxurious accommodation and lodges, visit the most beautiful destinations and feel completely stress free during your trip, so it feels as relaxing as a holiday with all the excitement of a safari. You won’t find a tour operator like us. Make an enquiry online or give our experts a call today to find out more and book your dream Rwanda holiday.

Updated COVID-19 Protocols for those Ready to Travel to Africa