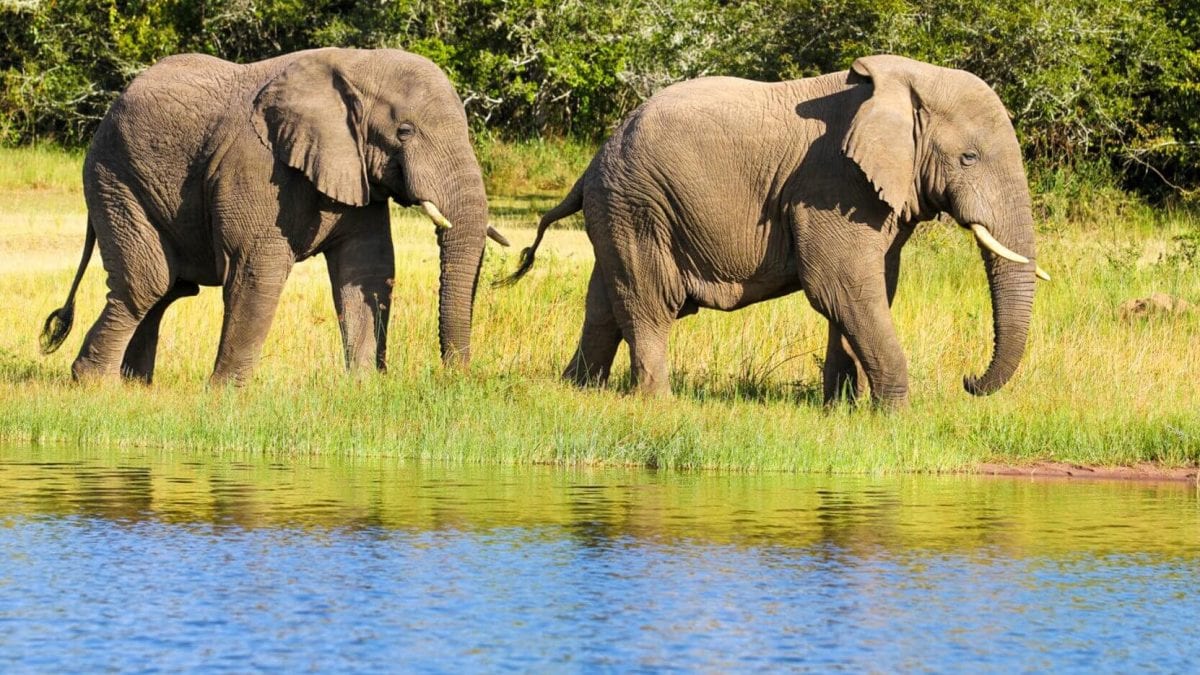 Although it would be a mistake to compare the wildlife viewing at Akagera to nearby Kenya and Tanzania, there are plenty of animals to see and a variety of activities.

The largest attraction is certainly the fact that you are certainly off-the-beaten track and safari in Rwanda means this is one reserve where you can happily drive for hours without seeing another vehicle. Akagera is without doubt also one of the most scenic African reserves, with a labyrinth of lakes of which the largest is Lake Ihema. It's forest-fringed lakes, papyrus swamps, rolling highlands and savannah plains combine to make Akagera an unmissable part of this beautiful country.

It has exceptional levels of biodiversity and forms the largest protected wetland in central Africa. It houses a diversity of habitats in one park including lakes, marshes, savannah, mountains and woodland, which makes for spectacular scenery. Although founded in 1934, much of Akagera was re-allocated as farms and in 1997 the park was reduced in size from more than 2,500 sq km (nearly 10% of the surface area of Rwanda) to its current extent of 1,122 sq km.

Akagera combines well with Nyungwe and Volcanoes to offer a great safari element to any trip and as it is home to many large plains game species, as well as species restricted to the Papyrus swamps such as the Sitatunga and the sought-after Shoebill. Akagera plays host to larger predators such as Leopard, Hyena, Side-Striped Jackal and Lion, which was re-introduced last year and we encourage you to read the story of Akagera's lions. Plans are underway for the reintroduction in 2017 of the Black Rhino too, and this will restore Akagera’s ‘Big 5’ status.

Other larger game include Elephant, Zebra, Topi, Buffalo, Waterbuck, Roan Antelope and Eland. Other antelope are Duiker, Impala, Oribi, Bohor Reedbuck, Klipspringer and Bushbuck. Primates include, Olive Baboons, Vervets and the secretive Blue Monkey are seen during the day, with Bushbabies often seen on night drives.

Akagera is an important ornithological site with nearly 500 bird species due to its wide variety of habitats. The rare and elusive Shoebill shares the Papyrus with other rarities such as the exquisite Papyrus Gonolek and countless other water birds that inhabit the wetlands in large numbers.

As a park under the guidance of African Parks Akagera has so much potential and by visiting you will be aiding in growing an important area of the country. We feel strongly about promoting the Rwanda safari industry and with camps like Ruzizi Tented Camp, Karenge Bush Camp and the new Magashi Camp (opening May 2019) these are a massive step forward in terms of offering a quality and authentic safari experience.

The guiding programme and park ranger development is superb in the park. There is a two-tier guiding system in the park with 10 park-employed guides and 15 community freelance guides. You will most likely have a park-employed guide who has guiding experience ranging from 2 to 12 years in Akagera National Park and has undertaken training in content, interpretive guiding and first aid in the past 2 years. Or, you can choose one of the Community Freelance Guides, who are enthusiastic and fast learners and have completed an in-house training and assessment programme. By choosing a freelance guide you are strengthening the relationship between the park and the local community, by stimulating economic development and allowing communities members living alongside the park to benefit from the tourism growth in Akagera. Both guides are dedicated to providing an authentic experience.

Where is Akagera National Park situated?

Akagera National Park is a protected area run by African Parks and is situated in north-eastern corner of Rwanda covering 1,122 km2 (433 sq mi) along the border with Tanzania. It was founded in 1934 and includes savannah, montane and swamp habitats. It really has exceptional levels of biodiversity and forms the largest protected wetland in central Africa.

Can I combine gorilla trekking and the "big five"?

This is what makes Rwanda so unique. For many safari goers it is a dream to see both gorillas and the "big five" in their lifetime. The relatively short distance between the two makes this a unique opportunity to do both in one trip.

What animals are in Akagera National Park?

Akagera officially became a “Big Five” park in May 2017, following lion and rhino reintroductions. It now boasts thriving populations of lion, leopard, elephant, rhino, and buffalo, as well as zebra, giraffe, and over 400 bird species have been documented in the park.

Situated in the incredibly diverse northeastern corner of Akagera National Park and managed by the highly reputable Wilderness Safaris, Magashi Camp overlooks the beautiful Lake Rwanyakazinga in Rwanda<. The lake is home to one of Africa's highest hippo densities, some huge crocodiles, the secretive sitatunga (or marshbuck) and the shoebill stork. Akagera National Park, covering 100,000 hectares, has been managed by African Parks since 2010 and comprises some the most scenic savannah in East Africa: open plains, woodlands, lakes, swamp, and grassy low mountains ... Read more

Karenge Bush Camp, meaning "small footprint' in Kinyarwanda is a seasonal camp set up in Akagera National Park by African Parks for months at a time. No cement or permanent construction materials are used in the set up of the camp and everything is removed without a trace at the end of the season. As with its sister camp Ruzizi Tented Camp, Karenge Bush Camp focusses on being wholly environmentally conscious ... Read more