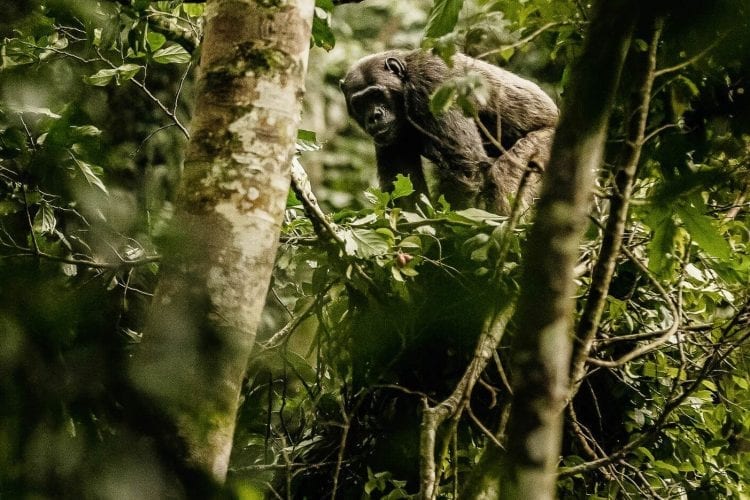 Nyungwe National Park may not be as well-known as its sister park, Volcanoes, but if there is one place that will encourage you to extend your stay in Rwanda then this is it. In fact, really as a trio of parks with Akagera, it makes the perfect Rwanda safari experience! Nyungwe is surely one of the world’s most beautiful and pristine mountain rainforests and is also one of the oldest on the entire continent. Nyungwe is a remarkably rich centre of biodiversity and protects one of the largest areas of mountain rainforest anywhere in East or Central Africa at nearly 1000 square kilometres. To add to this the park is also the most important catchment area in Rwanda, providing water to 70% of the country, and its central ridges form the watershed between the mighty Nile and Congo drainage systems, within this Mount Bigugu, claimed to be the most remote source of the Nile.

The main attraction in the park is Chimpanzee trekking. Nyungwe is home to habituated chimpanzees and 12 other primates species (including a 400-strong troop of habituated Ruwenzori Black & White Colobus), it’s also a birder’s paradise with over 300 species, including 16 endemics, and is home to 75 different species of mammal. Nyungwe is also home to one of East Africa's last intact populations and boasts two wild chimp communities. Thus, with around 500 Chimpanzees it's not surprising that chimpanzee tracking is a popular activity in Nyungwe, especially when the park's trees are in full bloom during the summer, as well-trained guides lead visitors through the park's forests. Trekking the chimps is quite an experience through this majestic forest, and although very different and not as intimate as the Gorilla trekking, it is a must! We would recommend reading more about the differences between Chimpanzee and Gorilla trekking here.

This stunning rainforest is filled with other nature and wildlife experiences too. Hiking the Congo-Nile divide for the most adventurous or even biking the beautiful terrain, and experiencing the canopy walk are all on offer here. Hanging 60 meters above the forest floor between giant trees and towers, this is East Africa's only Canopy Walkway and is an exhilarating way to experience the forest! We recommend Nyungwe Top View Hill Hotel to stay at if spending time at Nyungwe. At present this is really the only accommodation option in the park whilst the high-end Nyungwe House undergoes a refurbishment in 2018, with it's planned re-opening in October.

Exploring through the forest, you will witness a landscape that won’t be soon forgotten, this is an area that really is magnificent, and again that off-the-beaten-track experience we love!!

To reach Nyungwe National Park is around a 4-5 hour drive from the capital Kigali, which is a distance of around 200kms. Most people will normally make a stop in the town of Butare to break up the journey and visit the National Museum of Rwanda, which is well worth a visit to learn more on the cultural history of the country and the region.

You will normally arise at dawn around 0430 hrs for your transfer to the Forest for the Chimpanzee trekking experience.
This is in very hilly terrain (high ridges and deep valleys) and the Chimps themselves are only semi-habituated and tending to move far and wide over a large area. This does make the tracking hard and unpredictable and sighting the chimps hard to guarantee, but if you do it is well worth it with the Chimpanzees normally very active and loud as they frolic in the treetops.

For other options, we recommend Colobus Monkeys trekking, the thrilling adventure of the Canopy Walk, guided Forest Hikes including the breathtaking waterfalls, birding trail and many more exciting possibilities. One also has a chance of seeing some of the other primates who call Nyungwe home including Black and White Colobus, Grey-cheeked Mangabeys, Blue Monkeys, L'Hoest's Monkeys and many more.

After breakfast, transfer to the park HQ for a half day forest trek in search of the Angola Colobus Monkeys which can be found here in troops of several hundred; the largest can be up to 450 individuals. This fair to moderate trek can be adapted to guests’ fitness and lasts up 6 hours. It's an absolutely amazing experience, to see so many Colobus monkeys at the same time; often 50-60 at a given time. Besides their incredible numbers, Angola Colobus differ from the more common Eastern colobus by the extent of white hair and leaner frame.

Other primates likely to be seen during the trek include L'Hoest's Monkey and the Grey-cheeked Mangabey. The birds too are spectacular, though as in most tropical forests, one has to look hard for good sightings. Giant hornbills, great blue turacos and red-breasted sparrowhawks are amongst the specials, 24 of them endemic to this section of the Rift Valley.

Head back to the hotel for lunch then in the afternoon, tour a nearby tea plantation; an excellent way of interacting with the local farmers, know them, hear their stories and challenges, and make friends.

In the morning or afternoon, a thrilling adventure awaits you on the Nyungwe Canopy Walk. From the park information centre, descend the 40º slant via a zig-zag footpath to the first tower deep in the forest valley for the 1½ hr walk on the Canopy Walk’s suspension bridge. Besides being so high in such a picturesque location, the walk allows access to the upper parts of the forest, where one can see some unique ‘canopy’ species; apes, birds, butterflies, plants and insects, flowers, leaves and other animals that live in the roof of the forest which are otherwise invisible but can now be seen at eye level, or even from above. It is an unforgettable experience.

What is the Canopy Walk?

The canopy walk starts at the Nyungwe Interpretive Centre at Uwinka. The new Tourist Information Centre (TIC) has been completed via a USAID grant.

Taking the route that zigzags down a 40º slant to the Canopy Walk you will reach the walkway in about an hour just halfway down the valley. Barely 5 min after leaving the TIC, it is a totally different world as you truly get immersed in the intimacy of the forest. Down at the canopy walk start point, there is a massive aluminium tower where you start the walk. 4 towers form a square that runs parallel then right across the valley and back on the other side. A stairway leads walkers up 20ft to the first tower where you walk in single file on a 1ft wide aluminium suspension bridge over the forest canopy, then right across the valley for about 100m (at almost 150m above the ground) exiting at the other end. The walk is around 45min to 1hr on the bridge with the entire tour from TIC and back will be 2.5 to 3 hrs long.

The best time to visit Nyungwe National Park is:

The Nyungwe rainforest is probably the best preserved montane rainforest in Central Africa. It is located in the watershed between the basin of the river Congo to the west and the basin of the river Nile to the east. The east side of the Nyungwe forest is home to one of the branches of the Nile sources. A true nature lovers’ paradise, Nyungwe Forest National Park’s glorious sense of expansiveness is among its most striking features.

The 970 km² of rainforest, bamboo, grassland, swamps and bogs in the majestic hills of southeast Rwanda is the largest remaining ‘island’ of montagne forest in East and Central Africa. It is also home to a rich variety of flora and fauna; 200 types of trees, hundreds of flowering plants, over 100 species of orchids and sensational lobelias and 13 recorded species of primates, 25% of the African primate checklist, including the acrobatic Angola colobus that move in troops of several hundred and an estimated 500 chimpanzee (often seen from the forest trails during the rainy season) as well as L’Hoest’s monkey, olive baboon, grey-cheeked mangabey and red-tailed monkey. Bird enthusiasts will not be disappointed with over 300 species including 24 Albertine Rift endemics e.g. the spectacular Ruwenzori turaco and several iridescent birds.

The stand out accommodation in Nyungwe National Park is Nyungwe House owned by the One & Only group. With 23 luxury rooms and suites situated in five stunning wooden villa clusters in the heart of the rainforest, it is by far the best option. For those who cannot stretch to the price tag of Nyungwe House then Nyungwe Top View Hill Hotel is a simple, but also a comfortable option.

One & Only Nyungwe House