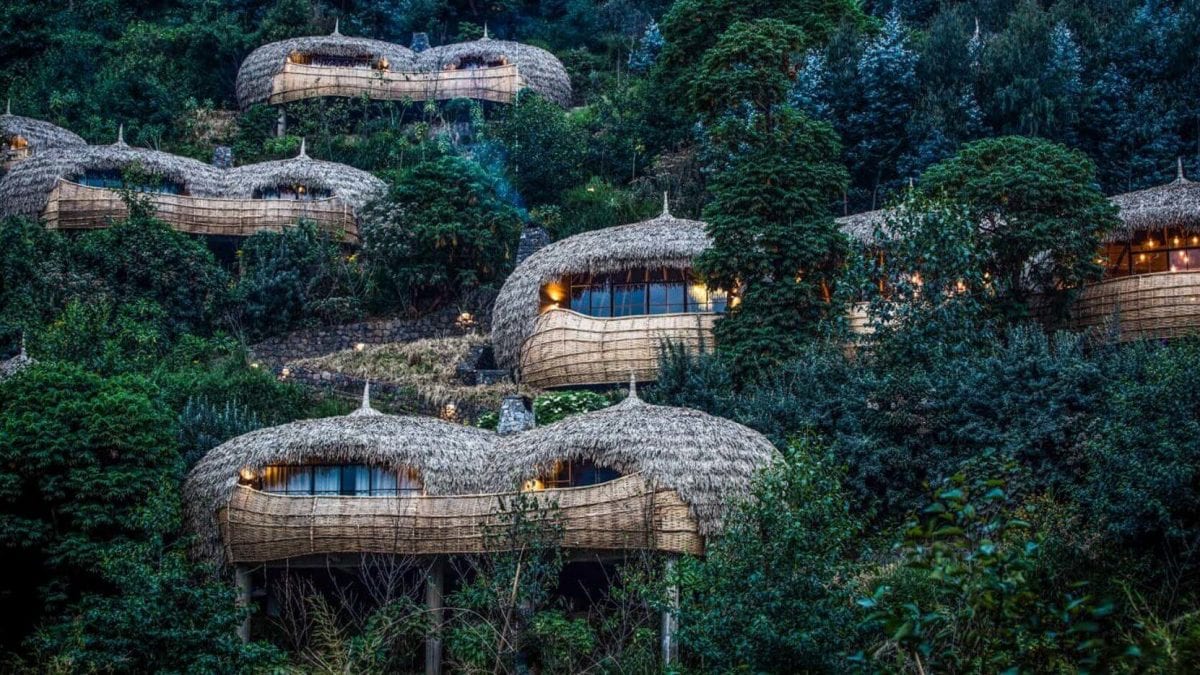 Gorilla trekking is the star attraction at the award winning Bisate Lodge, but nearby Volcanoes National Park offers other adventures like golden monkey trekking, the Fossey hike & scaling Mount Bisoke to name a few.

Located in Volcanoes National Park, Bisate Lodge is run by highly reputed Wilderness Safaris, who operate many high-end camps and lodges across Africa. Nestled in the natural amphitheatre of an eroded volcanic cone in Rwanda, the world Bisate means "pieces" in Kinyarwanda and depicts how the cone was once whole but worn away by natural erosion.

Bisate's vision of reforestation and rehabilitation means each guest contributes to biodiverse conservation and the boosting of local communities. This, in turn, makes a positive impact on the endangered species whose home is in Volcanoes National Park: the iconic mountain gorilla.

Gorilla trekking takes place from Volcanoes National Park headquarters, close to Bisate Lodge. Take a magical trek through the dense forest to track the critically endangered mountain gorilla. Only eight visitors are allowed per gorilla group each day and visitors are asked to maintain a distance of 7 metres from the gorillas to prevent the transmission of any human diseases. Typically, tracking can take from 3 to 8 hours and requires some agility and fitness, however, all fitness levels can be accommodated and no one should feel deterred from missing this once in a lifetime experience.

Take a challenging yet spectacular hike to see the grave of Dian Fossey and some of her beloved gorillas as well as the ruins of the original Karisoke Research centre. While there is not a huge amount to see when there, at an altitude of 3,000 metres in the saddle between the Bisoke and Karisimbi volcanic cones, a visit to this beautiful spot is highly recommended for the views alone. Operates by the National Park, the trek starts early in the morning and takes 6 to 8 hours.

Volcanoes National Park in Rwanda is one of the two places in Africa where the beautiful golden monkey can be seen the other being the foothills of the volcanic mountains of Mgahinga National Park in Uganda. These playful primates, seen in groups of 30, are a joy to watch and are characterised by their bright golden body, cheeks and tail with contrasting black limbs, crown and tail end. Whether you choose to do this on the Rwandan or Ugandan side, the walk will take you from the bamboo stands and forested gorge on the lower levels of the volcanoes to the elevated heath and moorland higher up.

Just six forest villas offer the ultimate in comfort and exceptional views of surrounding rural Rwanda. Bisate is close by road to the park headquarters where gorilla treks depart daily.

Bisate’s sophisticated architectural and interior design is rooted in Rwandan building tradition as exemplified in the design of the Royal Palace of the traditional monarch. This spherical, synthetic thatched structure echoes the thousands of hills that dot the Rwandan landscape, while the richly detailed interior exhibits surfaces and screens made from a variety of woven materials with strong resonance in Rwandan culture. Each 91 square metre Forest Villa consists of a generous yet intimate combination of bedroom, reception space and bathroom, all warmed by a central fireplace and with breath taking views out across your private deck towards Mount Bisoke. With only six villas, the real generosity in the Rwandan context is the amount of private and exclusive space that surrounds Bisate, cosseting it in a rare natural landscape brimming with Albertine Rift biodiversity and beauty. 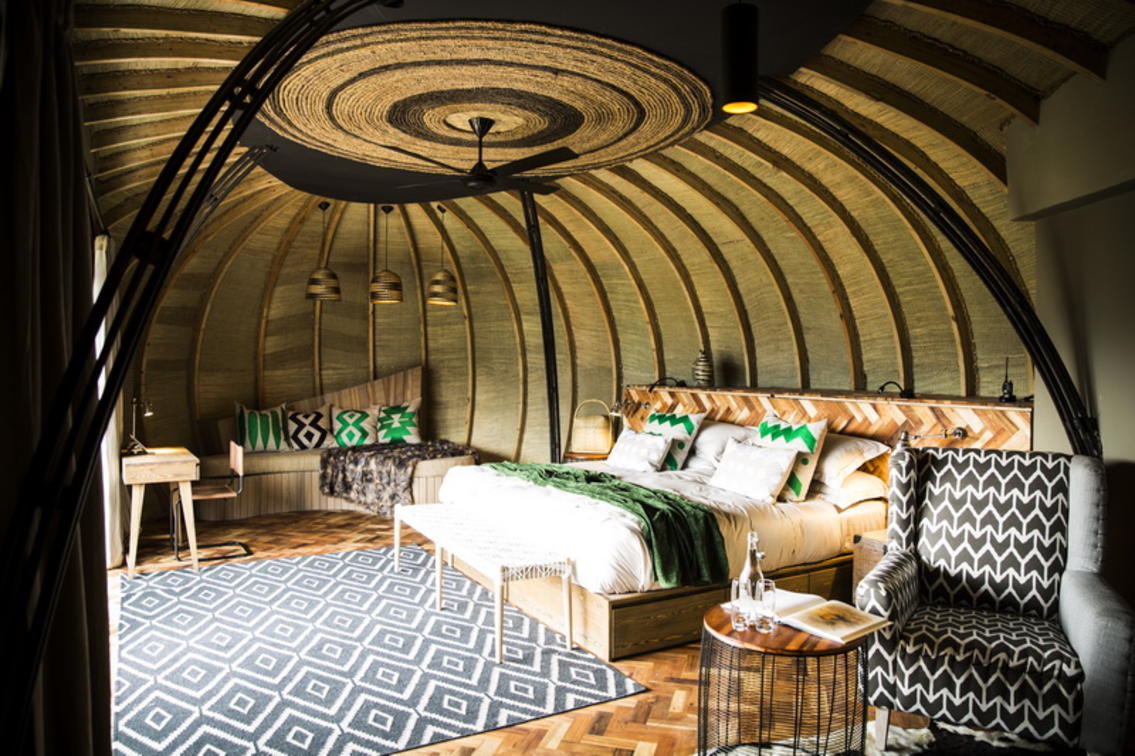 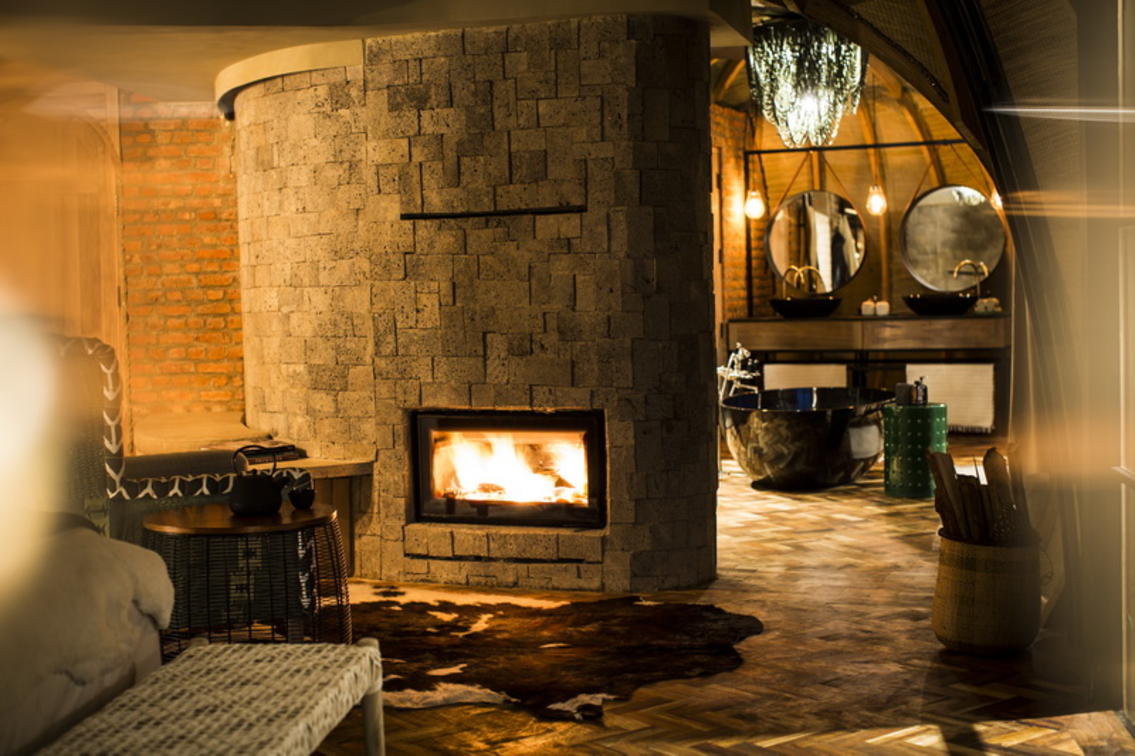 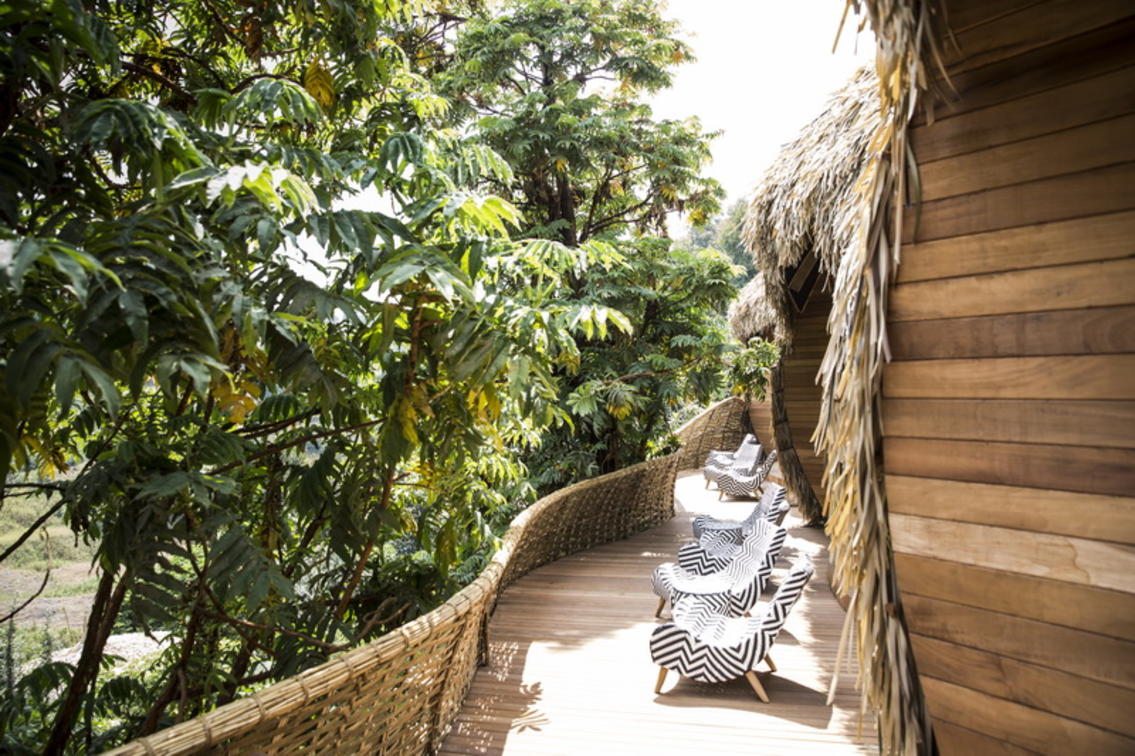 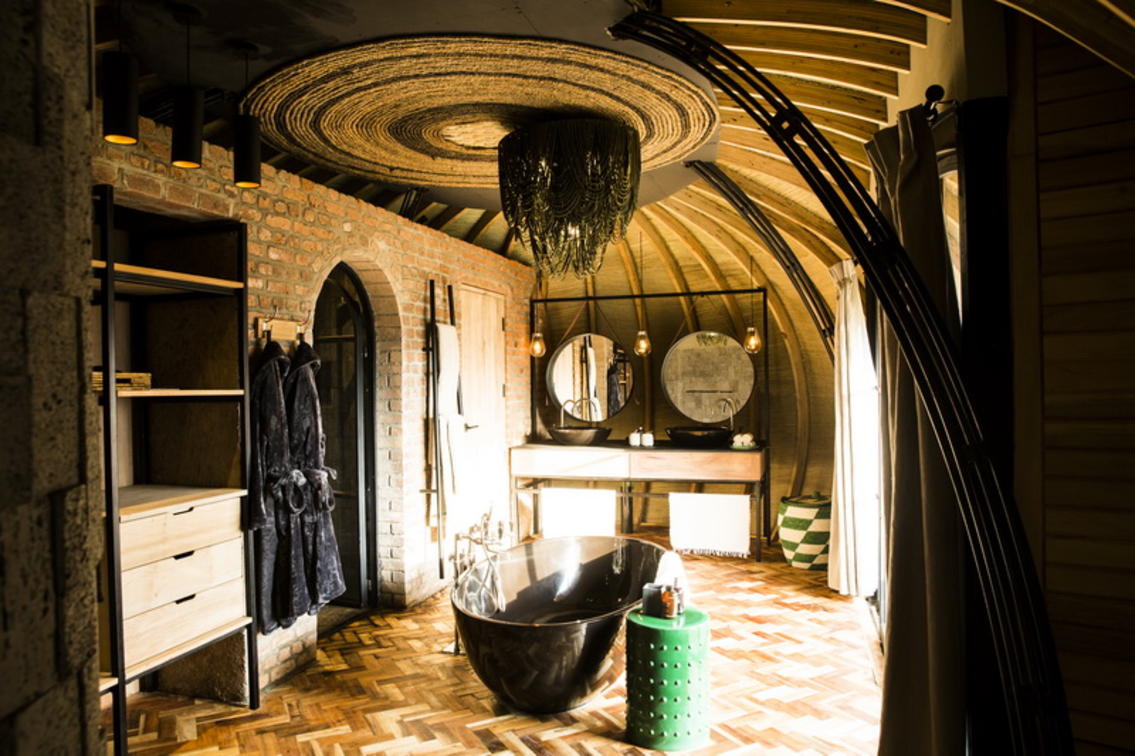