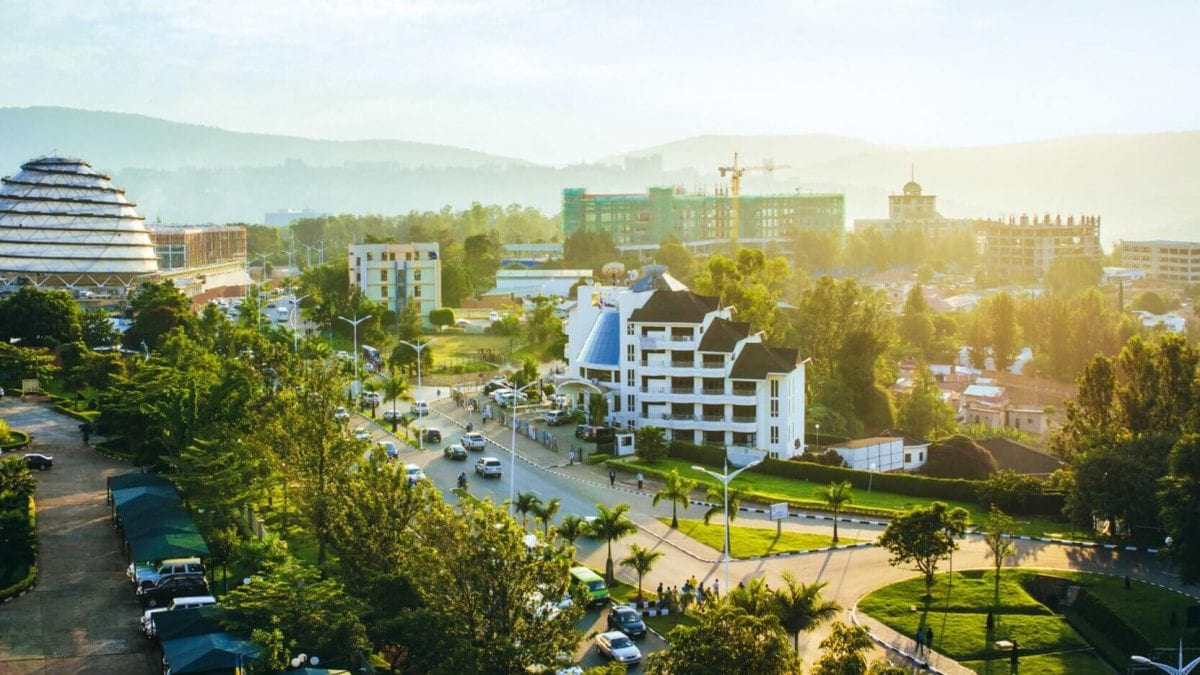 Kigali, the capital city, is a real treat not only to first-time visitors to Africa but also to a well-seasoned Africa traveller.

The immediate notable aspect of the city being its overwhelming hospitality, organisation and cleanliness.

Kigali is a truly vibrant place and conveniently, as the starting point to 99% of trips, it is located in the geographic centre of the country making access to most areas of Rwanda within a maximum half a day drive. Akagera National Park is around 2.5-3 hours drive away, Volcanoes National Park and Lake Kivu a similar time away, with Nyungwe National Park around 5 hours away.

The city is very safe and clean, with extremely welcoming people. Most trips here should include at least one night or maybe even 2 or 3 and we recommend exploring the cultural activities on offer including several museums, its burgeoning music scene, and some of East Africa's most exciting and fun restaurants.

Tailormade Africa feels a trip to the Genocide Museum in Kigali is essential to understand the past, present and the future of this remarkable country. The people of Rwanda embrace reconciliation and peace and on the whole are very open about the 1994 Genocide. The Museum was inaugurated on the 10th anniversary of the Rwandan genocide and the Kigali Genocide Memorial at Gisozi is where 259,000 victims have been buried.

This memorial also serves to educate about how the 1994 Genocide took shape and examines genocide in the 20th century. There are memorials found throughout the country and these are moving testimonies in memory of the people who died. We feel it is important to understand the history before exploring the country and seeing how far Rwanda has come in the past two decades.

What is the capital city of Kigali in Rwanda known for?

Kigali is the major arrival point for tourists visiting Rwanda's national parks and tracking mountain gorillas, and has its own sites of interest such as the Kigali Genocide Memorial and ecotourist facilities, as well as bars, coffee shops and restaurants. There is also a vibrant African street trade which is a great place to barter for some curios to take home. We advise spending a night or two in Kigali to take in all this growing city has to offer.

What are the best hotels in Kigali?

There are a number of hotels in Kigali you can possibly stay at, but we highly recommend the Kigali Serena Hotel. It is well priced and offers visitors are very comfortable stay. It is well located in terms of the distance from the airport and also getting to the various tourist spots in the city.

Ideally located, Kigali Serena Hotel lies on a quiet boulevard in the heart of Kigali just 10 minutes from the airport. Vibrant and welcoming, Kigali is a forward-thinking city ideal for first-time visitors to Rwanda as well as those visiting for a second or third time ... Read more