2018 Africa in Review with African Parks 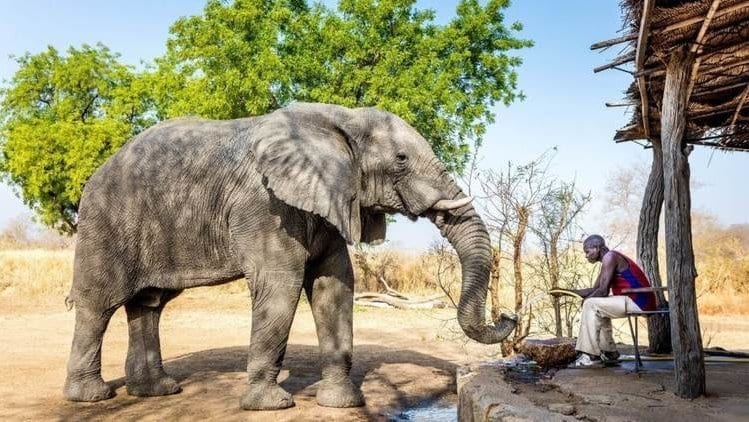 2018 has been a truly impactful year across Africa at African Parks. The public's support (your support) of the challenging, and at times harrowing work done by African Parks, to protect the last of the wild, where so much is at stake for both human and animal survival, alike has been outstanding.

Here is a short film which giving you a sense of the most extraordinary landscapes you as a traveller help African Parks protect through your contribution.

2018 has seen much progress towards African Parks' goal of managing 20 parks by 2020. In February, Ennedi Natural and Cultural Reserve in Chad was signed on and in March, Mangochi Forest Reserve was also added to our portfolio, a small but significant reserve contiguous to Liwonde National Park in Malawi.

This has brought the total to 15 parks in nine countries under management, protecting 10.5 million hectares, which is the largest amount of area under management by any one NGO in Africa. In addition, 2018 was important for preparing the groundwork for a number of additional parks in various countries which are anticipated to conclude soon.

African Parks kicked off the year with a groundbreaking partnership with the National Geographic Society joining them with the Government of Benin, the Wyss Foundation, and the Wildcat Foundation, in announcing a US$23.5 million joint commitment to support Pendjari National Park in Benin. This is a globally significant landscape in West Africa, which now serves as a beacon of hope for the largest remaining populations of elephants, lions and cheetahs in that region. 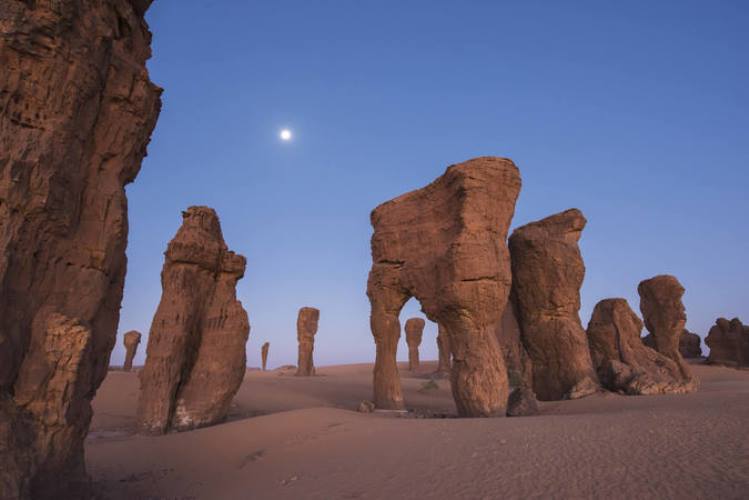 Several historic species translocations were conducted in 2018. African Parks completed two translocations in Malawi with the Department of National Parks & Wildlife, bringing lions back to Liwonde National Park in August for the first time in 20 years and later introduced 13 giraffe from South Africa to Majete Wildlife Reserve in October.

Returning lions to Liwonde was part of a larger predator restoration effort, where they joined cheetahs which were reintroduced to the park at the end of 2017. This was done with support provided by the Dutch Government and the Lion Recovery Fund.

The giraffe translocation to Majete was carried out with the Giraffe Conservation Foundation and could not have come at a better time given that the International Union for Conservation of Nature recently announced the up-listing of several subspecies of giraffe, highlighting the threats the entire species is facing.

Both translocations had two goals in mind: to continue to restore biodiversity to the parks while boosting tourism to support local communities and the emerging conservation-led economy within the region. 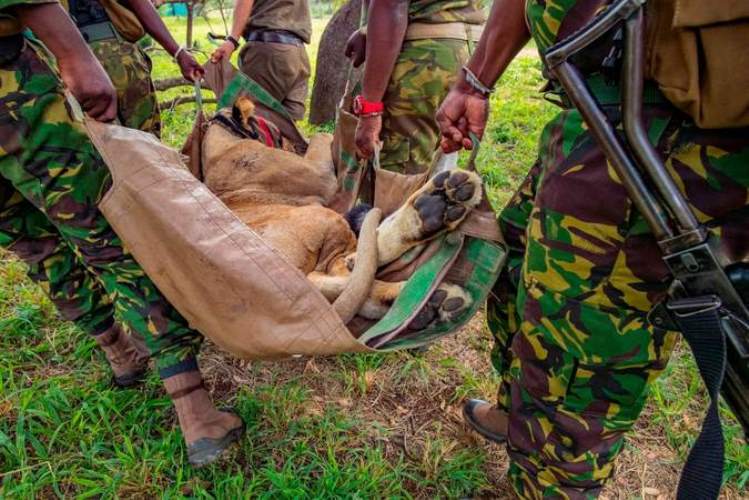 The translocation of six black rhinos

Unfortunately, one translocation, which was also one of African Parks most celebrated and globally recognized events, was met with serious hardship. After years of planning, in May 2018 they moved six black rhinos from South Africa to Zakouma National Park in Chad, in collaboration with the Chadian and South African Governments, and South African National Parks (SANParks).

African Parks experienced some major setbacks when four rhinos died in October, leaving two surviving females. They were not lost to poaching, disease or stress, but initial results found that there was a loss of internal body condition, possibly linked to improper nutritional uptake and reduced energy reserves, making them more susceptible to secondary infections. Additional results are forthcoming from vegetation and soil analyses, which will also help determine a plan of action for the two surviving rhinos, as well as the outcome of the overall larger reintroduction project planned for 2019, surrounded by much optimism. 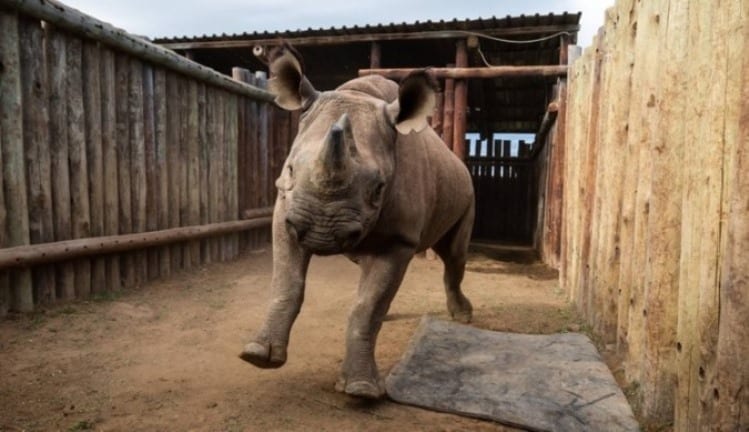 In Chinko in the Central African Republic, African Parks managed to keep the park which spans 20,000 km2 (an area twice the size of Yellowstone National Park) free of cattle and key poaching threats. For the first time in years, an increase in the number of buffalo, hartebeest, hippo, waterbuck, and bushbuck have been seen. There are also now frequent sightings of Lord Derby eland, bongo, and roan antelope. Even elephants have been sighted.

Survey results also indicated a population of over 1,000 chimpanzees, highlighting the ecological diversity harboured within the park. Most importantly, the return of 380 Internally Displaced People (IDP's) was noted who had fled to Chinko last year for their personal safety, who were voluntarily relocated and safely reintegrated into one of the communities outside of the parks' boundary.

This brought about an emotional farewell from both the park staff and for the IDP's who were grateful for the refuge afforded to them. What is happening in Chinko was captured accurately by the Washington Post, describing the park as the one bright spots of governance in a country that is 80% controlled by rebels. The article shares how African Parks is funding dozens of teacher salaries, providing healthcare, how markets have arisen to support the hundreds of people employed by the park creating a conservation-led economy, and that it is one of the only stable areas in the entire nation, validating the many roles well-managed protected areas play in even the most unstable of regions. 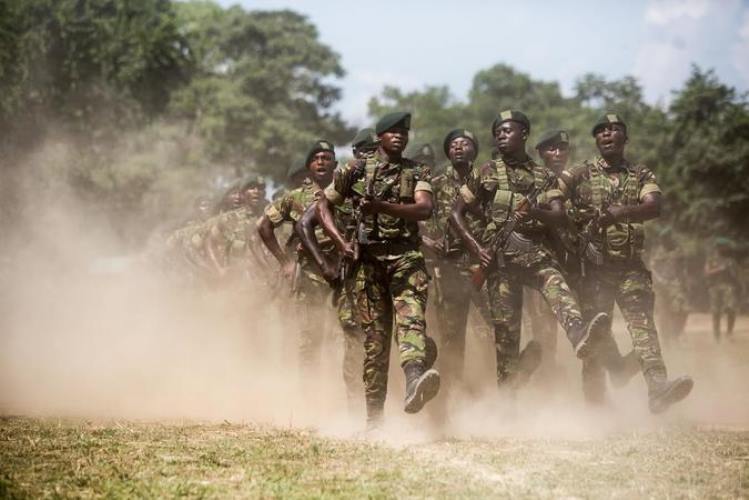 Garamba National Park in the Democratic Republic of Congo

In June, Garamba National Parks’ 80th Anniversary was celebrated in the Democratic Republic of Congo. It was a memorable and moving event, presided over by the Director General of ICCN (Congolese Wildlife Authority) Pasteur Cosma Wilungula, where we part of Garamba’s ivory stockpile was symbolically burned.

As the flags of the nation and the park were raised that day, they were saluted by hundreds of rangers and looked upon by over a thousand community members. African Parks' revised law enforcement efforts there are truly making a difference.

Great thanks and recognition must be given to the support from the Wildcat Foundation, the EU, USAID, the World Bank, and others, who helped African Parks reduce elephant poaching by 50% in 2017 and, this year, only two elephants have been lost to poaching. The celebration noted a devastating past but also signalled a bright future.

African Parks demonstrates that with a shared vision, political will, together with donor support and engagement with local communities, the trajectory of Garamba and the region can be shifted, as there is now a safe place for wildlife and people in the most extraordinary circumstances.

Poaching has remained at an all-time low for several parks under African Park's management, including Akagera in Rwanda, Liwonde in Malawi and Zakouma in Chad.

In Zakouma this year, a record number of elephant calves were counted – 127 under the age of five years old; in 2011 only one was documented. The overall elephant population surpassed 560 individuals, which is the first time numbers have been on the rise for decades.

Bazaruto Archipelago National Park in Mozambique, the first seascape to fall under their management, became fully operational this year with a newly recruited and trained ranger team, 18 of whom are women.

Tourism also surged in several places. Akagera National Park in Rwanda is on its way to bringing in nearly US$2 million in income, a remarkable figure to achieve, as it was almost 80% self-financed. 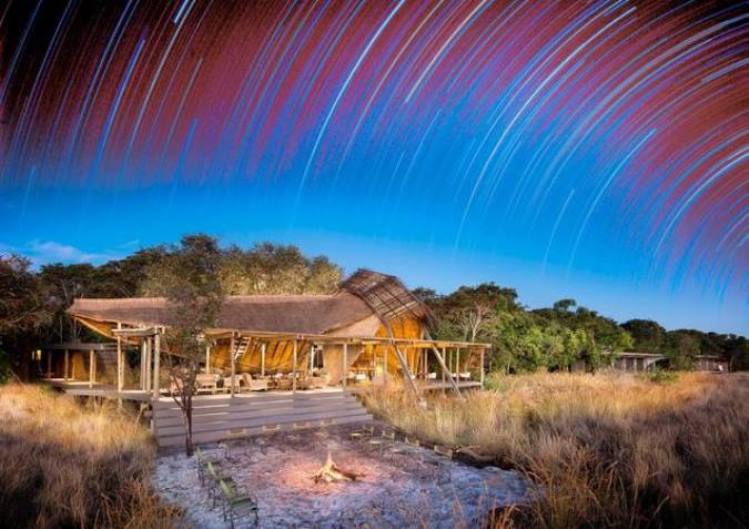 Liuwa Plain National Park in Zambia was firmly solidified as a premier wildlife and tourist destination, with the fully operational King Lewanika Lodge run by partners at Time + Tide. The park was listed as one of the ‘top 52 places’ to visit in 2018 by the New York Times, and the lodge made Time Magazine’s top 100 destinations.

2018 was marked with notable staff achievements at African Parks. Four of their rangers were awarded the inaugural Paradise Ranger Award established by the Paradise International Foundation and the Founder of Alibaba Jack Ma, where they will support 500 rangers over the next 10 years.

There were also three African Parks staff members who graduate from the Southern African Wildlife College (SAWC) in November after completing a one-year course to advance their knowledge and careers as wildlife professionals: Steve Wemba, a Community Extension Officer from Majete (who graduated top of his class); Edwin Matutu, a Law Enforcement Officer from Bangweulu and Guy Mbone, the Operations Manager from Garamba. 13 African national staff attend the SAWC over the years, as education and opportunity is very important to African Parks. 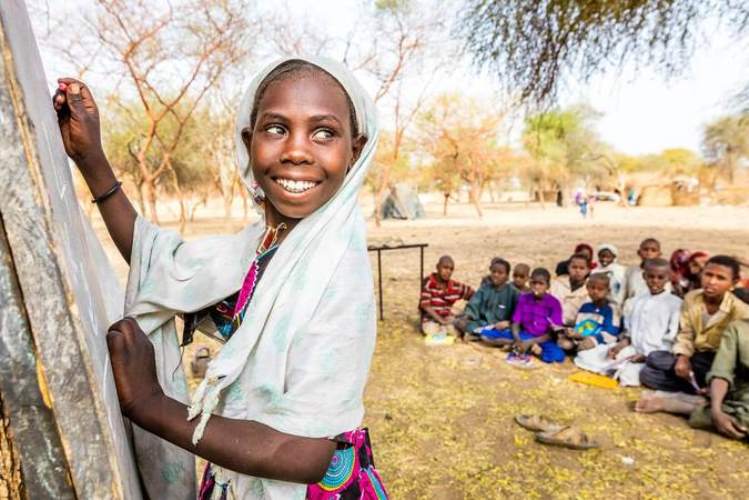 Thank you on behalf of African Parks

African Parks had a remarkable year, but none of this would be possible without your, the public's, ongoing support and partnership. These achievements, which are just a sample of highlights from the year, are your achievements and everyone at African Parks are eternally grateful for your continued commitment to their mission, for remaining steadfast and staying the course with them to truly make an impact for wildlife, and for millions of people.

If it wasn't for your and our love of Africa none of this would be possible, so the message is simple; keep travelling and enjoying your safaris. You help protect this beautiful continent.