Experience Uganda’s gorillas in the mist in a new way 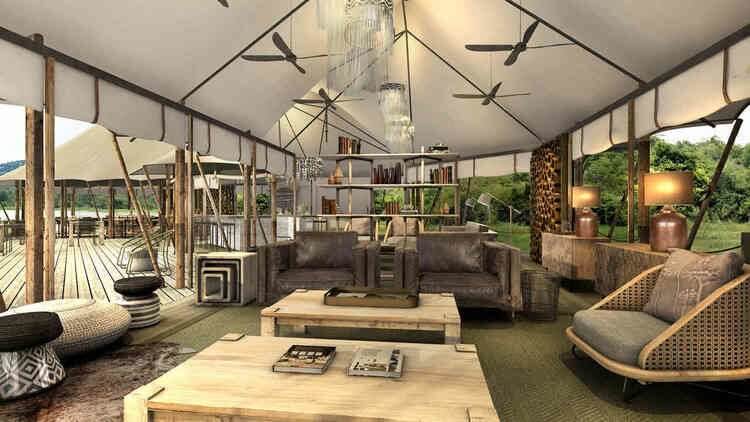 Ingrid Baas, General Manager Rwanda, and Rob Baas, Operations Manager Rwanda, have been hard at work getting everything ready for the opening of Magashi Lodge Rwanda, the latest addition to the lodges in Akagera National Park. Magashi is scheduled to open later this year.

This is the latest update from Magashi Lodge.

The famous and still new Bisate Lodge is now in the capable hands of Jomi and Hadley, the management team at Bisate, which has given Ingrid and Rob the chance on focusing their efforts on the new Wilderness Safaris lodge situated in Akagera National Park in Rwanda.

Rob and Ingrid started their operational role in March this year and still oversee and help at Bisate Lodge from time-to-time. They have, however, spent most of their time overseeing the exciting new project of Magashi.

Just as was the case with the construction of Bisate, Magashi has also been started from scratch. The next few months will be filled with the procurement of materials, building, conceptualising and developing activities, recruitment and lots of administrative work. Ingrid and Rob's response, "Bring it on!" 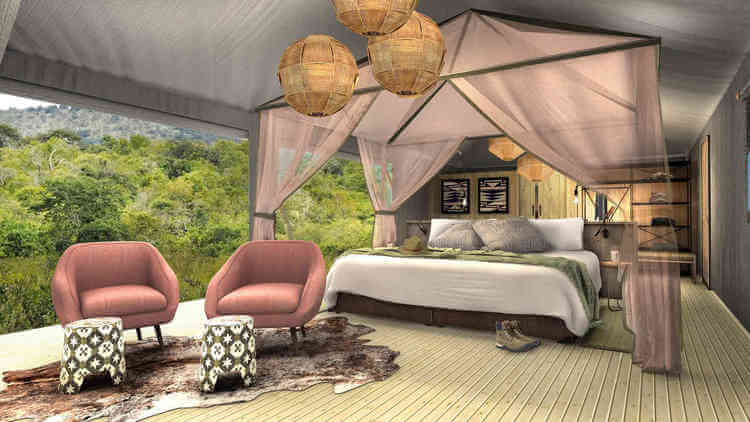 Rob and Ingrid set out to visit Akagera National Park for the first time in May. They have spent over a year and a half in Rwanda, but all at Bisate Lodge up to this point, which is predominantly in the west. As a result, they have had very little time to explore the east of Rwanda.

They spent most of their time exploring and scouting the Magashi area. The best way to explore this area with ease was to take along their own small tents.

Their first impressions of Akagera surprised them. They expected beauty but it surpassed their expectations. The various water-rich areas and low mountain ranges make Akagera a truly magnificent area. 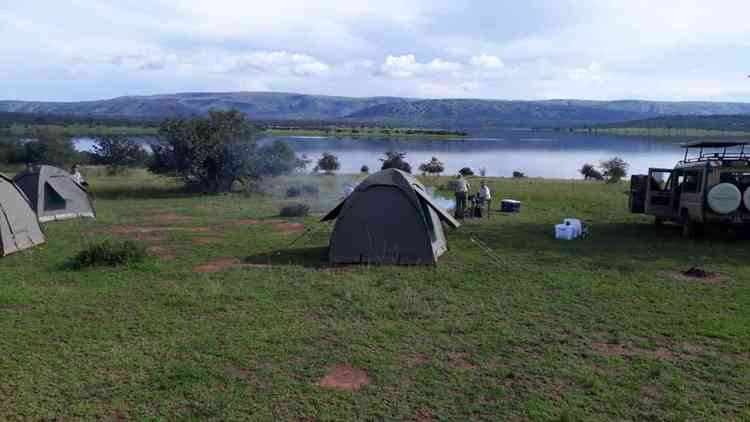 Akagera is a bird lover's paradise too, and with more than 500 bird species recorded there was naturally lots of birds to be seen!

The whole site was mapped out from the main area to guest tents, kitchen, workshop and other areas of the lodge.

What would a good adventure be without rain and during the mapping out the team were drenched, but in Rwanda rain is seen by its people as a blessing. Magashi has definitely been blessed! 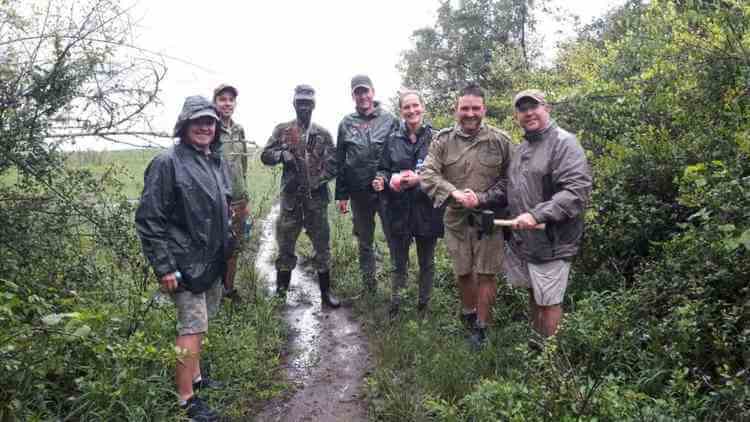 Whats next? Water, electricity and storage

There is no logical way to start building a lodge without water, electricity and storage for all the building supplies right? So, Rob organised and spent much time with a drilling company to find water. They needed to find out where to drill to firstly find water and secondly where the water quality would be the best. It was a little like finding a needle in a haystack, but eventually, they hit gold or in this case water and now the water tanks are filled with groundwater.

The 'Wilderness Way' and commitment

Keeping with the ‘Wilderness Way’ and their commitment to building all camps and lodges with a light footprint they opted to run Magashi on solar energy. Panels and cables have been provisioned and put in place.

The containers for the storing of building supplies arrived a few weeks ago so this means the trucks with the building materials could now arrive. 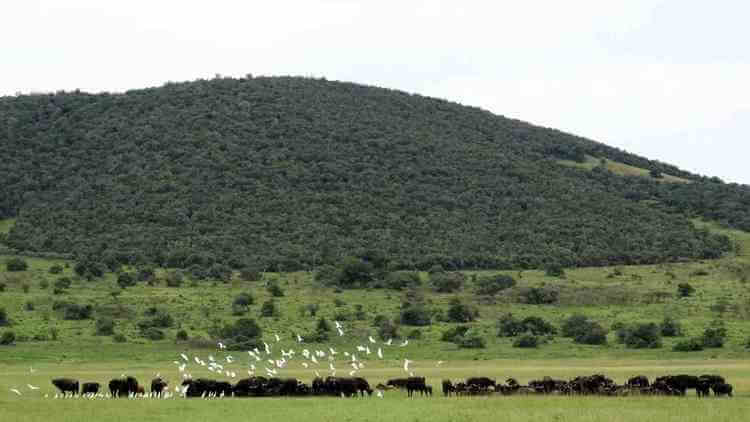 Rob and Ingrid have had some good practice in recruiting staff for the Bisate Lodge in 2017. This time they were prepared for the hundreds of replies once they had sent out the recruitment application forms. Within a few weeks from the opportunity announcement, they received over 2000 applications. So now it was time to comb through CV's and certificates.

The process was started early this time to allow the new employees sufficient time for training. The first seven Magashi employees are in training at Bisate Lodge.

They are also in the final stages of recruiting the management teams and field guides. These teams will be vital in the experience guests receive at Magashi. More info to follow in our next update.

This area of Akagera offers beautiful and diverse landscapes lending itself to different activity offerings for guests including game drives, boating safaris, walking safaris, birding and much more! Besides guests experiencing the diversity of Akagera, they want guests to also meet the unique and beautiful people of Rwanda and learn about the country's history.

The planning and brainstorming have been great fun, but everyone is looking forward to discovering what Magashi has to offer going forward. Watch this space.