Camps Bay Retreat Through The Eyes Of An 11-year-old 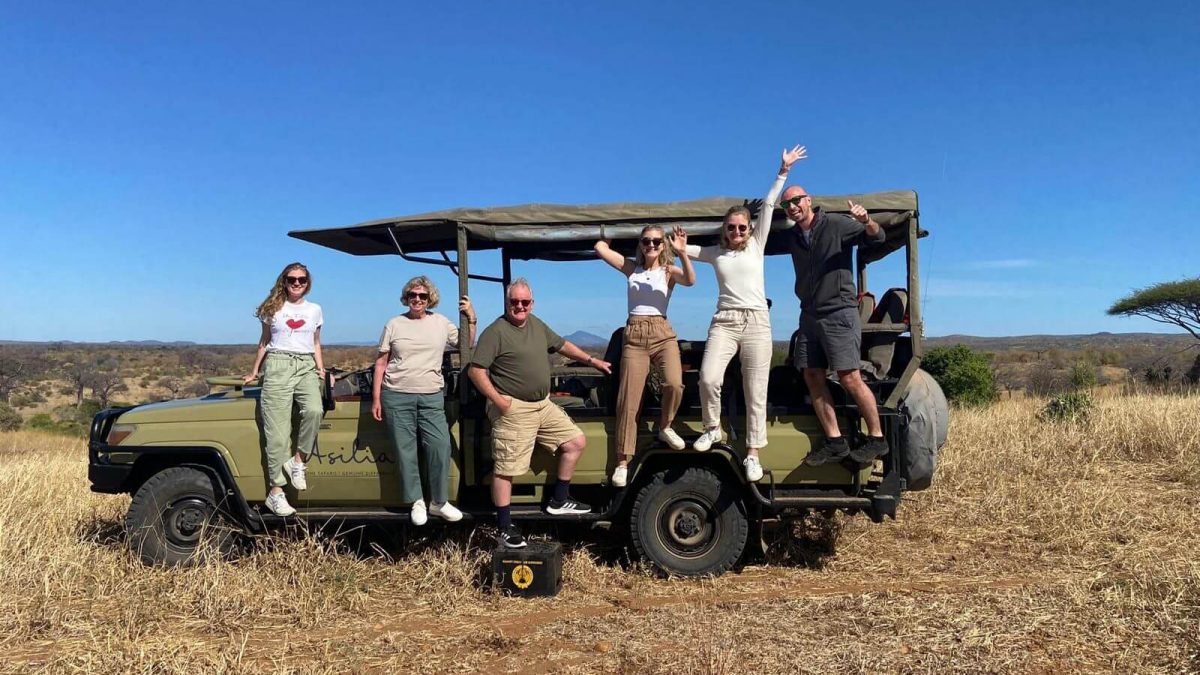 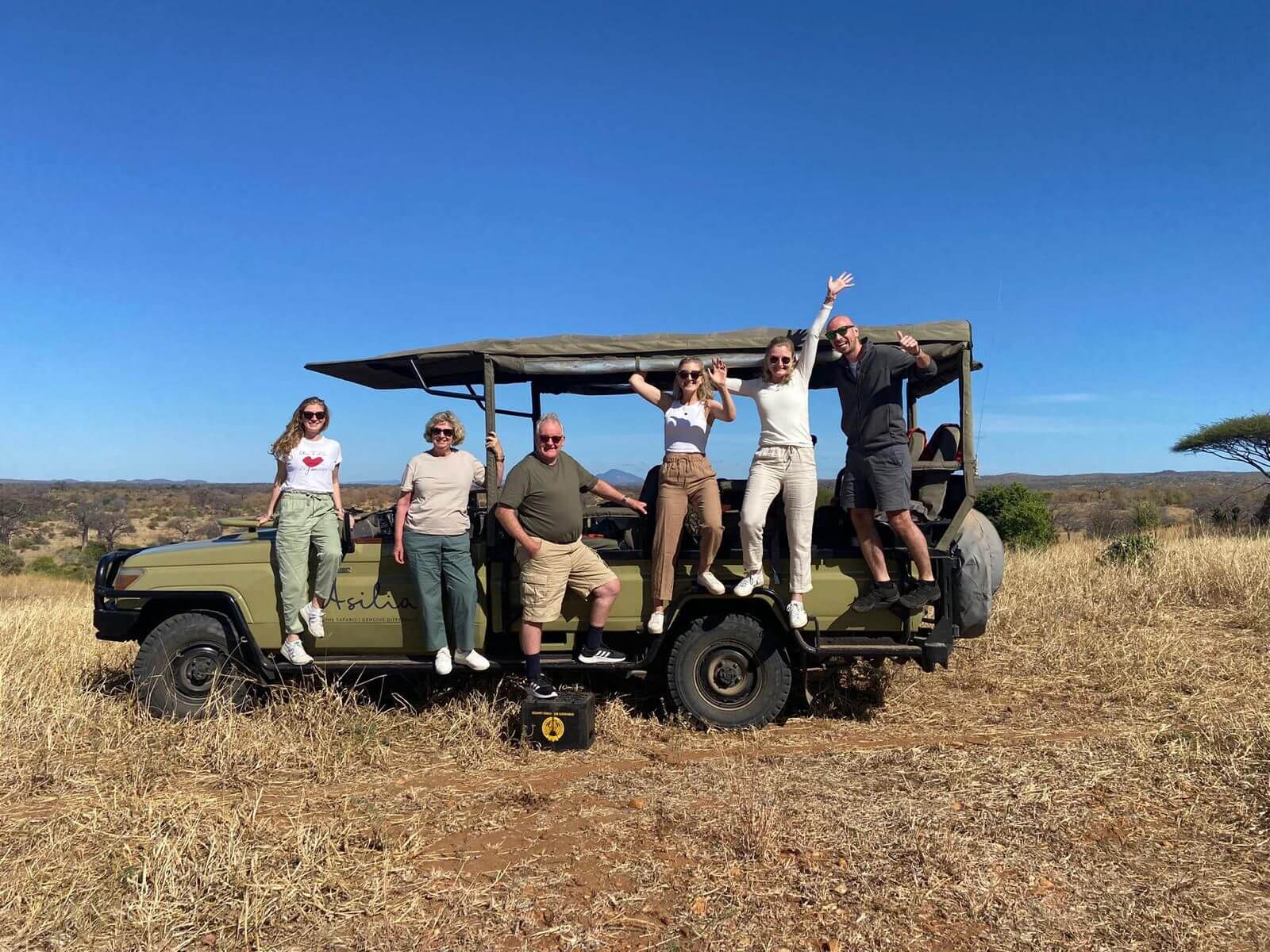 This is the first of a three part series on the Miller-Morley Tanzania family safari trip from June 2022 written by Rob Morley's mother-in-law, Noreen Miller. Enjoy the read and stay tuned for the next two in the series.

Rob organises a dream safari trip - This time for his own family (no pressure!)

Our first safari, aka the Miller-Morley Family Safari, was organised by our new son-in-law, Rob. The pressure was on – but Rob rose to the challenge of organising a trip for the whole family, a party of six. We had an early internal flight from Dar es Salaam to Ruaha, a couple of nervous passengers amongst us were unsure of flying on a light aircraft – but the excitement took over and then the adventure began… destination: Jabali Ridge. We were met at the airstrip by our guides: Rama, our main guide, and Daniel, a fellow guide new to the area – with beaming smiles, coffee and cookies.

Our first game drive began on route to the camp. Within minutes, we saw our first wildlife: impalas and zebras. Not long after, we stumbled across a protective elephant and her calf – much to our surprise, and hers… she started trumpeting and charged the vehicle. Our hearts were racing (as was Rama in the Land Cruiser!)! All this excitement within our first hour. Little did we know, minutes later, we would have our first sighting of a lioness, known in the park as Mama Jabali, who we would meet again.

When we arrived at Jabali Ridge, we were greeted and treated like VIPs. Everyone seemed delighted to see us and we felt so welcome. The camp was exceptional, not sure what I was expecting, but it wasn’t this…! The lodge is built in amongst rocks that are teeming with hyraxes and is surrounded by beautiful views across the bush.

Our accommodation was fabulous, the stylish suites all had panoramic views of the landscape. The pièce de résistance, a king size bed facing the rising sun, what a way to start the day! Our mornings also started with a wake-up call – tea, coffee and biscuits, in order to be ready for the morning drive at 6:30am.

Rama and Daniel were fountains of knowledge and great company. No questions went unanswered (no matter how silly!) and they were constantly on the lookout. They were also amazing hosts, we had gourmet picnics for breakfast everyday in the bush which included fresh coffee and a little tipple of Amarula – a custom that we really enjoyed!

Delicious food, wine & so much more!

We returned to Jabali Ridge for a three course lunch everyday with a great selection of wines from South Africa and New Zealand (much to my Kiwi husband’s delight!). We then had a couple of hours to relax: have a swim in the infinity pool (again with a fabulous view), take a nap, freshen up and be ready for the afternoon game drives – which were preceded by afternoon tea at 4:00pm. We had some of the best macarons and mini meringue pavlovas, prepared by Peter, the lodge chef. Peter and his team deserve a special mention for the delicious food that we enjoyed: from his daily home baked bread, creative and inventive soups and sorbets, and the fabulous feast of Swahili specialities.

Sunsets with a view over Ruaha National Park

Apart from the wildlife, another highlight was the sundowner experience. What a fabulous tradition! As the name suggests, as the sun goes down, we were parked up with a stunning sunset as our view over Ruaha National Park. Rama and Daniel prepared G&Ts and nibbles for us to revel in the moment. 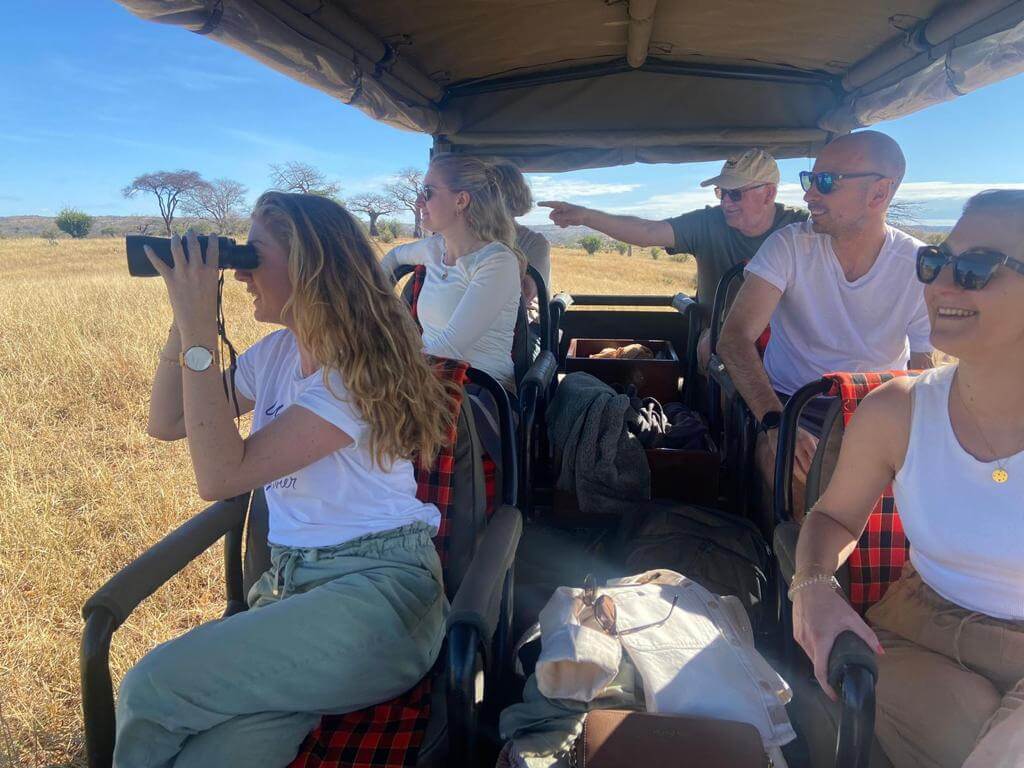 The game drives were a different experience every time. We saw dazzles of zebras, herds of buffalos, towers of giraffes and troops of baboons. We were also fortunate enough to see greater kudus, shy dik-diks, cheeky jackals and…. from a distance, a leopard lounging in a baobab tree. But safaris are not just about the four-legged wildlife, Rama was also a bird expert, we saw spectacular cobalt blue African starlings (definitely not like the ones in the UK!), beautiful lilac breasted rollers (aka LBRs), and guinea fowls in abundance. Not forgetting the birds of prey, eagles and owls – and of course the scavenging vultures.

We were lucky enough to have the opportunity to go on an early morning walking safari. We were two men down (Sophie & Steve had tummy issues), so four of us were briefed about how to behave safely in the bush and the importance of being aware of our surroundings by following our guides’ instructions and signals. A little disconcerting but with an armed ranger and two expert guides to accompany us, what was there to fear?! Not only did we see animals but we learnt about tracks, bird nesting, bugs, trees… a true walk on the wildside! Little did we know that it wasn’t the wildlife to fear, it was the humble bee! Claire was stung much to our amusement, but the guide and rangers had come prepared, first aid was administered and we continued on our way. We walked for three hours seeing buffalos, impalas, kudus, giraffes and toward the end of our walk, elephants. We were hot and tired now, imagine our delight as we emerged from the bush and we saw a table and chairs set up for a barbecue bush breakfast with bubbles! We were treated to fresh fruit, fresh croissants (prepared by Peter), and bacon and eggs. Every walk should end this way!

Experience some close encounters that make it all worth it

We never got tired of seeing elephants and the most exciting encounter of all was the up close and personal experience we had with a HUGE bull elephant! We had seen him in the distance and were waiting for him to cross over the track we were on as Rama had pointed out the elephant path around us. We were thrilled as the elephant approached and he then decided to stop and check us out for a couple of (loooong) minutes about a foot away from the vehicle. A heartstopping moment, but one never to be forgotten!

Also etched in our memories forever, will be the magical experience we had with a family of lions. There were three lionesses that had killed a buffalo and were feasting, little did we know that they had cubs. They started to appear from the bushes, and we were privileged to see cubs of two-weeks old and another six – their ages ranging from three to nine months. Amazing! The following morning, we returned to the kill and were rewarded with the sighting of the male lions. The whole family, or should I say pride!

Our time at Jabali Ridge was coming to an end, we’d had four days of safari and spectacular sights, and four nights of fabulous food and company. On our last night, we started with drinks around the firepit, storytelling, more drinks and then dinner under the starry African sky. To round off our evening, we were joined by the entire Jabali team – from the Lodge Manager, Pascal; our lovely Food & Beverage Manager, Emmanuel; kitchen staff and even the mechanics – imagine our delight as they sang traditional Swahili songs and danced around the firepit! Obviously, we had to join in – no stopping us! We were asked to say a few words about our experience at Jabali – firstly Rob, our team leader; Steve, as the father figure; then Mama Noreen and the girls. Surprisingly emotional. We had been welcomed to Jabali by people with open arms and the warmest of smiles.

Although the headliner of our trip was the safari, the team at Jabali Ridge made it very special. Like elephants, we will not forget (them). 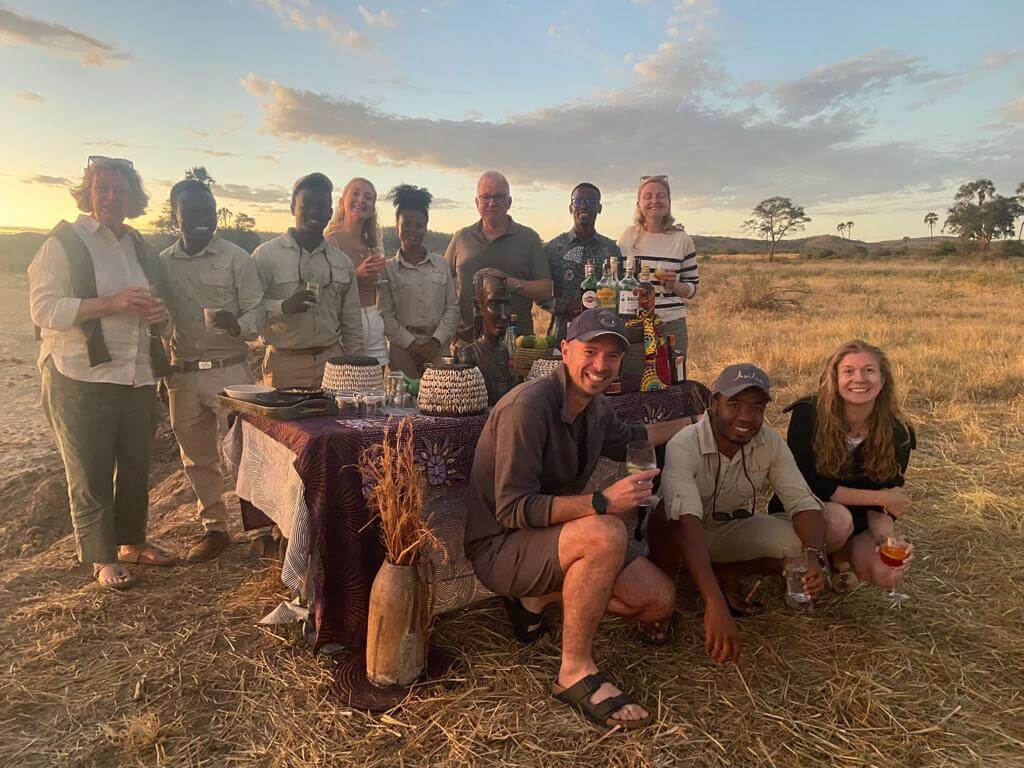