Discovering the Best Villas for a Zanzibar Holiday 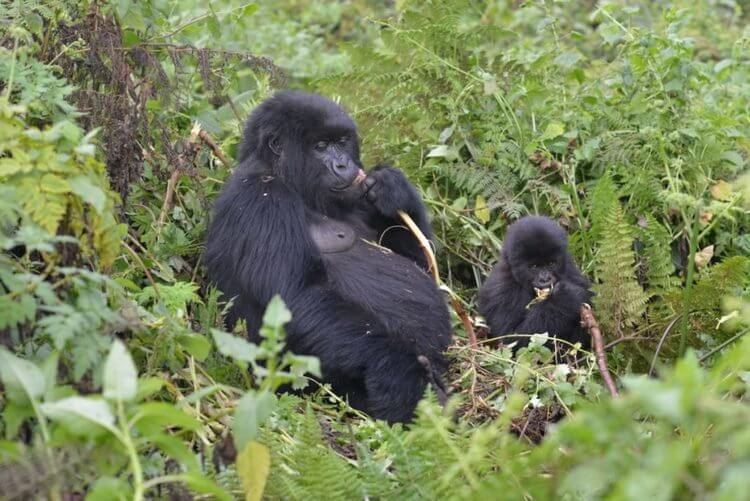 This reconfirms the mountain gorilla’s status as the only wild ape population whose numbers are known to be increasing, and research shows the increase is due to the type of intensive daily protection provided by the Dian Fossey Gorilla Fund and the park authorities of Rwanda (Rwanda Development Board), Uganda, and the Democratic Republic of Congo.

“Today’s announcement represents a huge success for conservation at a time when such success stories are increasingly rare. All those working to protect mountain gorillas — the governments of Rwanda, Uganda and DR Congo; conservation organizations; and local communities — have a lot to be proud of,” says Dr. Tara Stoinski, President and CEO/Chief Scientific Officer of the Fossey Fund.

Research has shown that the consistent increase in the mountain gorilla population is a result of the intensive daily protection provided by the national park authorities of the respective countries and conservation organizations, like the Dian Fossey Gorilla Fund.

However, due to small numbers and the high level of threats, which include limited habitat, snares set for other animals, disease, and climate change, continued protection of the mountain gorilla population is crucial and must continue, says Dr. Stoinski. 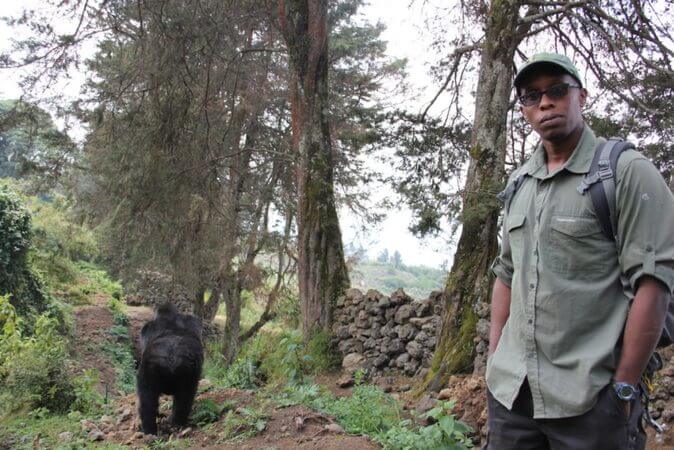 “The success that we see in gorilla conservation is in large part due to the high level of collaboration among the different stakeholders,” says Felix Ndagijimana, the Fossey Fund’s director of Rwanda programs and Karisoke Research Center. “We are so pleased to have played a part in the census, which was led by the governments of Rwanda, Uganda and DR Congo, and involved many conservation partners like the Dian Fossey Gorilla Fund.”

The importance of conducting a census

“The mountain gorilla census is a great example of why continued research is essential to long-term conservation efforts. These repeated counts provide critical insights into overall population trends, confirm that intensive protection efforts are working, and provide all partners with a basis for good conservation planning,” says Ndagijimana.

In addition, the fact that the gorilla population continues to grow but is confined to a very small area — the Virunga habitat is roughly 451 square kilometres — underscores the need for continued research to understand the longer-term impacts of population growth in relation to their conservation.

Today’s news coincides with the Fossey Fund’s building of a new gorilla conservation centre in Rwanda. Named the Ellen DeGeneres Campus of the Dian Fossey Gorilla Fund, the multi-acre, purpose-built campus will be the new home of the more than 50-year-old Karisoke Research Center, which is the hub of the Fossey Fund’s protection, research, training and community outreach programs in Rwanda. It will also include traditional and living laboratories; classrooms for training and public education; meeting spaces; a library and computer lab; an interactive public exhibit; and housing for visiting researchers and students. 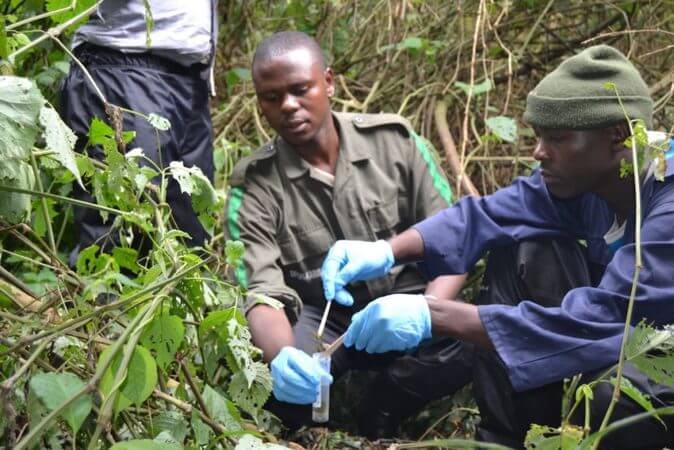 Emmanuel Munyembabazi was one of the Fossey Fund trackers who worked in the census. “The census work is a tough job – physically demanding, with 12 hours per day walking through the forest, crossing big ravines and climbing mountains,” he says. “But in addition to the conservation importance, it allowed the team members to increase their technical skills, such as collecting samples and using GPS, as well as to share and learn from staff from the three different countries and backgrounds. It was truly a collaborative effort!” 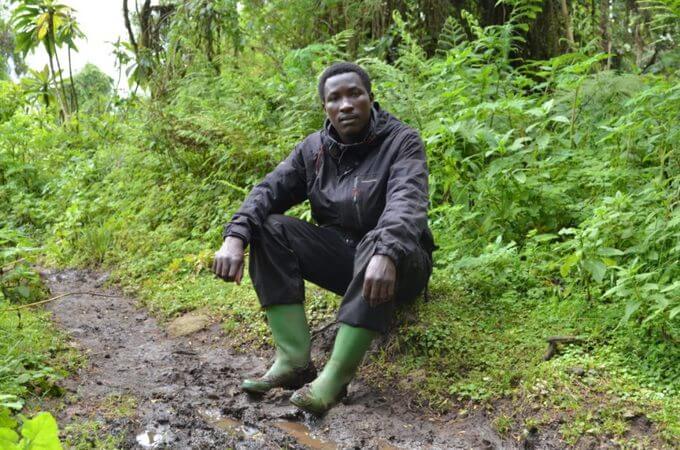 Fossey Fund Research Manager in Rwanda Dr. Winnie Eckardt, played an important role, as a co-instructor for the census team members. “The census outcome is only as accurate and reliable as the quality of data collected by the teams. Therefore, all teams underwent an intensive five-day training, including theoretical and practical lessons,” says Dr. Eckardt. “Using handheld electronic devices for data entry for the first time in a mountain gorilla census added another challenge for the instructors, but their implementation became a great success,” she adds. 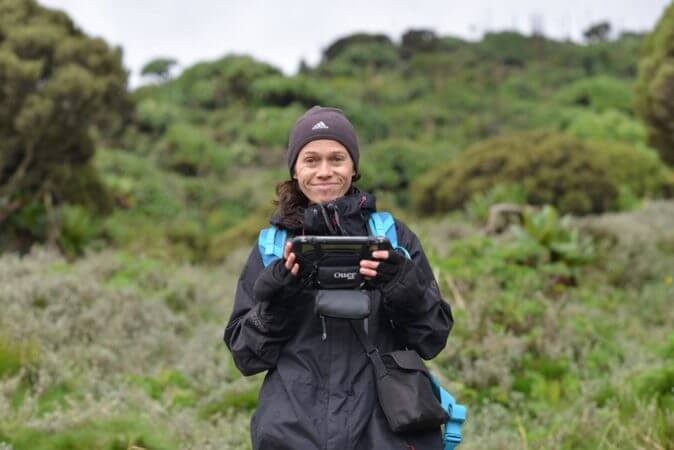 Important takeaways from the census results:

The certain death of a species?

“Given that during the time Dian Fossey worked with the gorillas it was thought they would go extinct by the year 2000, this continued growth, based on the work she started, demonstrates that intensive conservation works,” says Dr. Stoinski. “It also reveals the significant financial and time investment needed for conservation to happen — the mountain gorilla story clearly shows that we must be in it for the long haul and devote many more resources that are often available for conservation if we want charismatic species like gorillas, rhinos, elephants, and tigers to survive.”

“To see that the mountain gorilla population continues to grow is rewarding and at the Fossey Fund it gives us the motivation to do even more towards ensuring that this success is sustainable,” adds Ndagijimana. 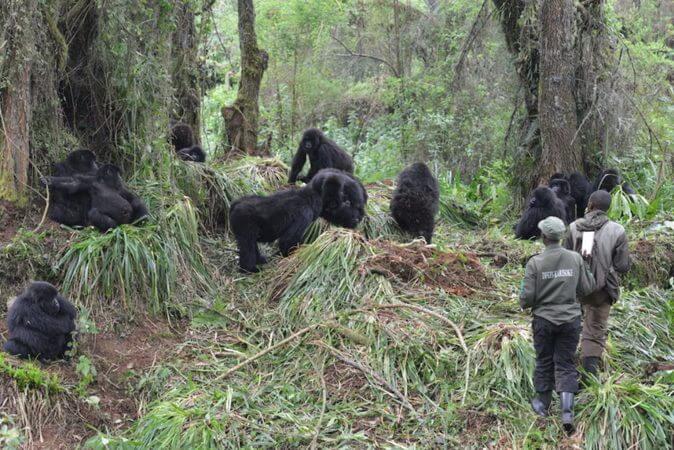 The gap between the completion of the census and announcement of the results is due to the time required to conduct the genetic analysis, which was necessary to provide the most accurate results.

The Virunga Massif mountain gorilla census was conducted by the Protected Area Authorities in the DRC, Rwanda, and Uganda (l’Institut Congolais pour la Conservation de la Nature, the Rwanda Development Board and the Uganda Wildlife Authority) under the transboundary framework of the Greater Virunga Transboundary Collaboration.

The census was funded by Fauna & Flora International, WWF, and Partners in Conservation at the Columbus Zoo & Aquarium. Additional financial support to the census science committee provided by Berggorilla & Regenwald Direkthilfe.

To find out more about The Diane Fossey Fund International and the great work done please visit their website. Maybe even donate or adopt a gorilla.