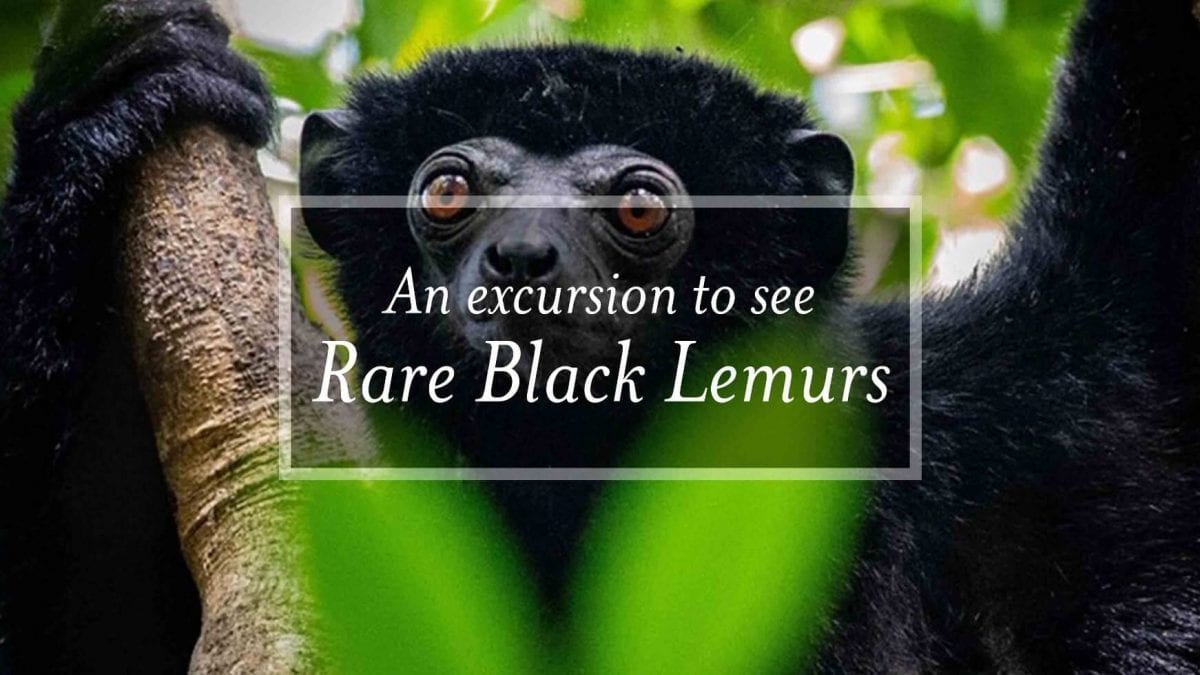 Over the past two years TIME + TIDE Miavana have had dozens of guests take to the sky and discover the many unique wonders of Madagascar.

Miavana often gets mistaken for 'just' a beach/island destination, so it might surprise you to learn that the majority of guests use TIME + TIDE Miavana as their base to explore the whole northern tip of Madagascar. Miavana have an adventure playground that offers guests enough activities to keep them busy for 7 or more nights across land, ocean and air.

Come on an adventure to find one of Madagascar’s rare lemur species. With as few as 500 individuals left on Earth, the Perrier's Sifaka or Black Sifaka is one of the most endangered primates in the world. Accessed by helicopter from TIME + TIDE Miavana, you get to go on an experience of a lifetime to find this rare black lemur species.

Its last known habitat is a tiny block of forest in the Antsiranana region of northern Madagascar, where its population density is estimated at only 3 individuals per km².

Lemurs are primitive primates that share common ancestry with monkeys, apes and humans. About 50 million years ago some of these early primates, by misfortune, found themselves rafting across the Mozambique Channel to Madagascar. Natural selection and confinement have produced nearly a hundred different species of lemurs, all endemic to Madagascar.

The tsingy of Ankarana National Park - "To walk on tiptoe"

Travel to a lunar landscape unique to Madagascar; the Tsingy of Ankarana National Park. Accessed by helicopter from TIME + TIDE Miavana this area has limestone forests pock-marked by patches of seasonal green vegetation and a cave network that is one of the most spectacular underground systems in Africa.

The word "tsingy" derives from a Malagasy verb meaning 'walking on tip toe', which is apt as this limestone massif with razor sharp pinnacles pose a challenge for anyone to walk on.

Ankarana National Park is one of Madagascar's most rewarding hiking destinations. The trails lead to awesome viewpoints on ridges above hundreds of limestone needles, where three big rivers merge together and disappear into a spectacular crater forming a single underground river.