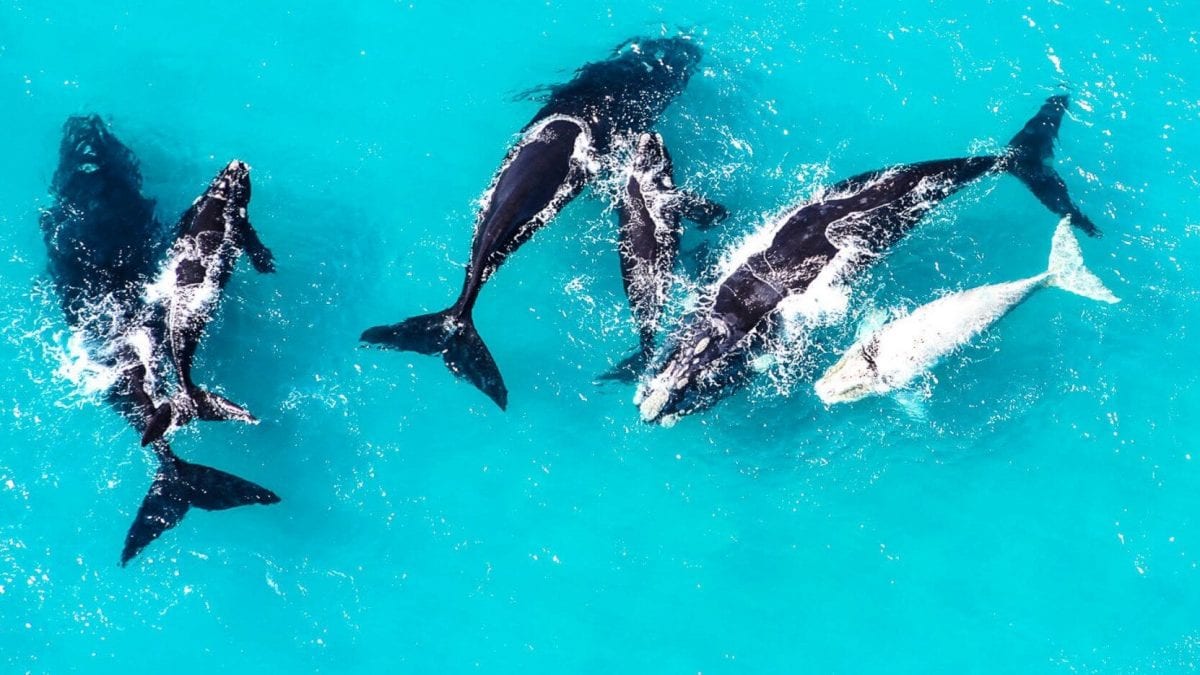 If timed right, South Africa and Tanzania are often called on because of the possibility of seeing the Big Five of the bush and the Marine Big Five in one adventure, including exhilarating whale watching.

Penguins, seals, sharks and dolphins can be seen all year round along the pristine coast of the Western Cape but the Southern Right and Humpback Whales migrate to South Africa’s warmer waters from June to October. These spectacular sea-creatures can be spotted breaching the water from the shore or you can have the humbling experience of sharing the ocean with a mammal that’s quite possibly twice the size of the shell you’re floating on. Whale watching really is one of those spectacular wildlife sightings.

The Coastal region of Hermanus and Gansbaai are the major hotspots for Whale watching in South Africa with quite extraordinary sightings all along the coast or from several accommodation options that are in prime position to view them from your room, the garden and whilst having your meals or Sunset drinks. The Islands of Mafia, Zanzibar and Pemba of East Africa, adjacent to the Taznanian coastline affords opportunities to see them too along with excellent populations of Whale Sharks.

Do you always see whales on a whale watching tour?

If whale watching is something you still need to get ticked off your sightings list, then the best time to see Souther Right Whales off the coast of the Western Cape in South Africa would be during the mating and calving season, which is from August to mid-October. During the same period you can experience Humpback Whales off the coast of Mozambique, Tanzania and Madagascar. The best time to spot a Whale Shark near Zanzibar would be November or December.

One of the best whale watching experiences is most certainly near Hermanus in the Western Cape, South Africa. Here you can see whales breaching from the shore, on a boat-based whale watching tour or from the air in a helicopter or plane. Lekkerwater Beach Lodge in the De Hoop Marine Protected Nature Reserve and Grootbos in the Grootbos Nature Reserve are two places we've experienced some of the best whale watching. You can expect spectacular breaching, blowhole breathing and tail slapping. These majestic mammals are so large it puts our size into perspective. Then for an exhilarating experience you can snorkel or scubadive with Whale Sharks at Mafia Island, Zanzibar.

When is the best time to go whale watching?

The best time to go whale watching in South Africa, Tanzania, Mozambique and Madagascar is between August and mid-October. During this time you can see the Southern right whale, Humpback whale and Bryde's whale. November and December is the best time to see and swim with Whale Sharks near Zanzibar.

Where are the best whale watching tours in Africa?

Some of our top selections for whale watching in South Africa, must be Hermanus and False Bay with boat-based tours from Gansbaai in the area. Ile Sainte Marie in Madagascar is best for Humpback whales and finally Mafia Island in Zanzibar for Whale Sharks.