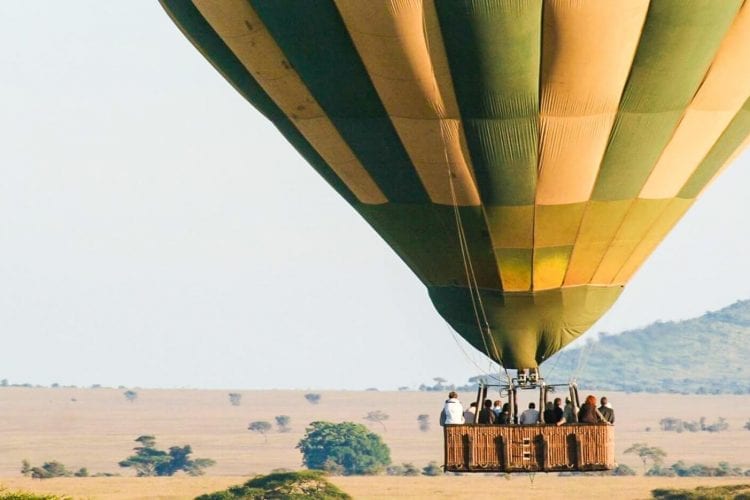 The very thought of this type of safari is one of extreme romance and freedom. Who can argue that floating over the plains of the Serengeti in Tanzania, the Maasai Mara of Kenya or the red sand dunes of Sossusvlei in Namibia would not be one of the most spectacular ways of doing a safari activity. Very few indeed and quite rightly. As a scenic activity it is everything you imagine it to be and something to be considered when planning a safari to any of those countries I just mentioned.

There is one big draw back though. The cost. it is not a cheap or lengthy safari activity. Almost everywhere in Africa it is around USD$500 per person for about 45 minutes to an hour in air. Yes you generally get a champagne breakfast before continuing on a normal safari activity but that is a fairly steep cost to what will likely be an expensive trip as a whole. It's very much a personal decision therefore of whether or not to include it. We would say that if you have the funds available to treat yourself, without sacrificing any other element of your general safari holiday, then go for it, you won't regret it.

The vistas, dramatic scenery and even the wildlife viewing from a Balloon can be extraordinary. But in the case of the latter you are st the total mercy of wind direction as to what game you may see. A balloon safari should not be taken as a means to see animals as it can lead to disappointment, rather do it to appreciate the vastness of the wilderness area or national parks that you are in.

This is quite possibly the quintessential African destination. When it comes to safari, Tanzania really does have it all

Zambia is often referred to as the connoisseur’s safari destination. It is one of few places where you can still

Due to its arid nature, Namibia is one of the most sparsely populated countries on earth. The feelings of sheer space