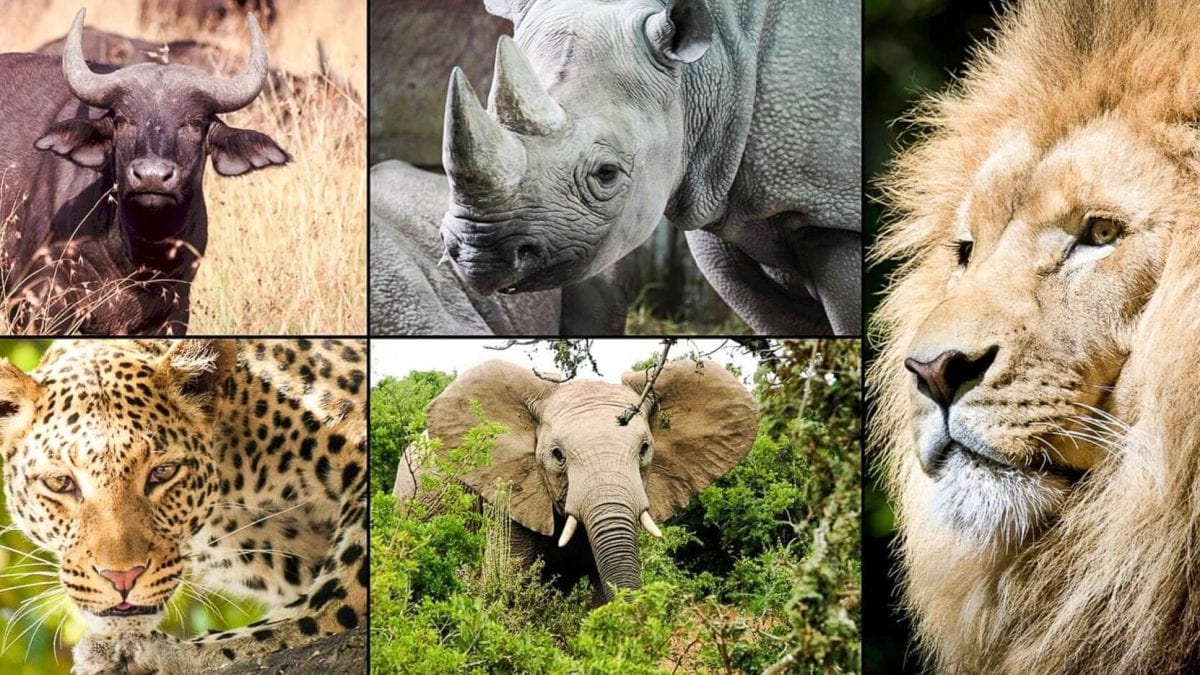 One of the most iconic experiences that springs to mind at the onset of planning a safari, is including a Big Five Safari experience.

Although its origins are from hunting safari's and is a designation given to Africas's most dangerous game to hunt due to their unsurprising ferocity should that said hunter miss and injure any of these magnificent creatures, it has moved on from there, thankfully, and now just represents five species of many, that most safari goers will hope to see on a safari activity.

In reality, The Big Five should become a 'Magnificent Ten' as there are at least five animals that hold as much significance and allure in everyone's minds. Giraffe, Zebra, Cheetah, Wild Dog and Hippopotamus. Arguably Crocodile too would spring to mind. These are all the animals that make everyone's list, with all the antelope species, small predators and funky species such as Pangolin's, HoneyBadgers etc all providing the supporting cast roles.

There are few countries that can deliver the Big Five truth be told, and it would be down to Zimbabwe, Tanzania, Kenya and South Africa to provide you with the best chances. Namibia too if you have the time and funds to get around to the various areas. Whilst Botswana can give you all five you would be considered very lucky to catch Rhino.

It is on a walking safari with a licensed professional walking safari guide that the Big Five truly becomes relevant and immediately gives you a sense of why they are in a separate class altogether. They are Big, either in Size or Aura.

Tracking elephant, rhino and buffalo on foot and then being within 10-20 meters away from them leaves you feeling pretty small, insignificant even and will have your heart racing at a little under a thousand beats a minute. With Lion, it is more of a case that they are the kings & queens of the African bush and you feel that power and presence instantaneously and are totally in awe of them. With Leopard, it is their beauty and grace that captures your heart, their strength and ability to live in solitude, happily and successfully. It is the natural high and adrenaline rush you will get shortly afterwards that makes them so special and turns a great safari into a trip of a lifetime.

In a vehicle or on a boat the experience is very different as you have the perceived safety of the vehicle to take the strain of some of your apprehension, and of course, you are able to get much closer to observe and photograph them. No less impressive, however.

What are the Big Five safari animals of Africa?

In Africa, the Big Five game animals are the lion, leopard, rhino (both south-central black and southern white species), elephant, and Cape buffalo. The lion, elephant and Cape buffalo are the most common of the five species in Africa and are usually the first to be ticked off your Big Five list. Rhino are becoming harder to spot due to their limited numbers. The imminent threat of poachers because of their horn means that most rhinos in the wild are heavily guarded and their location is also a secret in many cases. Finally the leopard tends to be the most elusive, as this is a shy cat spending most of its time out in the open at night, hunting. The best chance of spotting a leopard is shortly before dawn or after dusk.

How did the Big Five get their name?

The name or term “Big Five” originally referred to the difficulty in hunting the lion, leopard, rhino, elephant and Cape buffalo. These five large African mammal species were known to be dangerous and it was considered a feat by trophy hunters to bring them home. Today, however, the term is referred to as seeing or photographing the Big Five, not shooting them. So let's get your Big Five list ticked off then.

Is an African safari incomplete if all of the big five are not seen?

Which is the best country in Africa to see the Big 5?