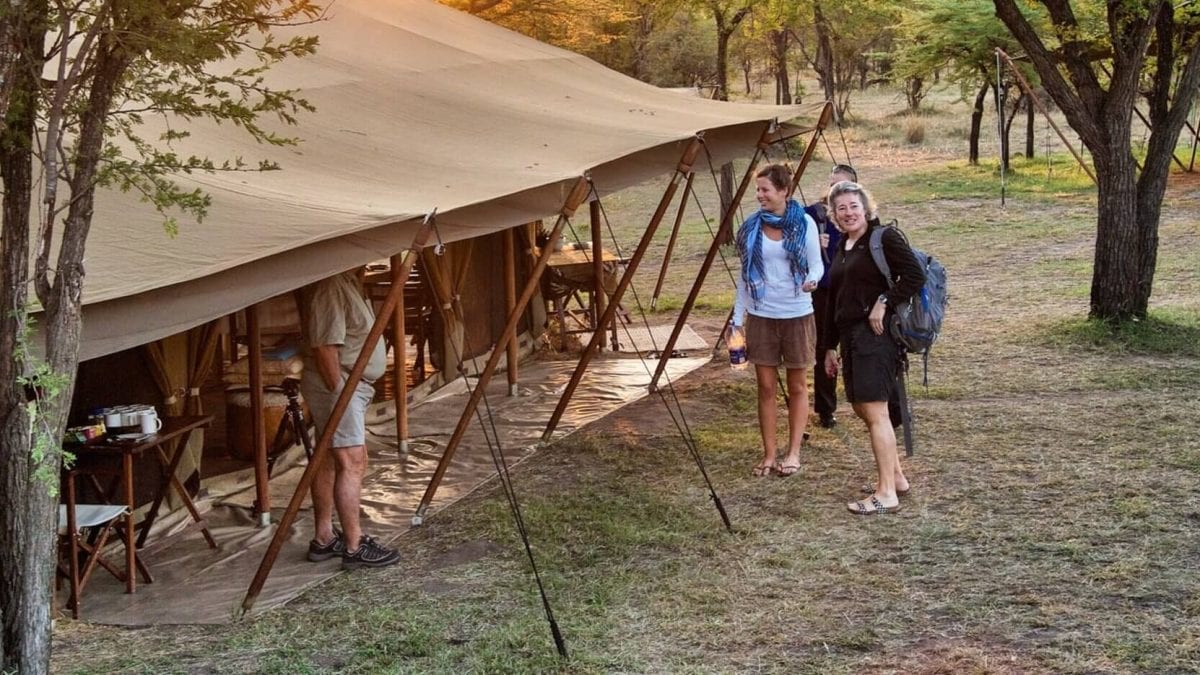 The ideal location for Cheetah hunting the newborn Wildebeest, followed by a few nights at Serian's Serengeti South for some adventure on foot.

Serian’s Serengeti Mobile – as its name suggests – is a movable camp, and was created to make the most of the spectacular wildebeest migration. From December to May, it is perched on the edge of the short grass plains – a perfect vantage point over the vast space where the herds amass to give birth to their young. Nestled in a well-watered wood, ancient trails weave the migration right through camp. Kusini is perfectly positioned to access the Ngorongoro Conservation Area, as well as the Serengeti National Park – two spectacular game-viewing areas encompassing high concentrations of cheetah, honey badger, golden-backed jackal and hyena, as well as a parade of predators feasting on the newborns.

Dramatic savannah storms sweep in nourishment and new life, and an innate primordial urge pulls the wildebeest to the site of their origins to reproduce. The plains literally come to life for the birthing season. Millions of wildebeest and zebra dominate the landscape, looking for the fresh green grass that follows the first rains – and to give birth to their young.

Serian Kusini is situated to the west of the Ndutu cluster, on the border of the Maswa reserve. It consists of 6 luxurious tents each with it's own ensuite bathrooms, with a flushing toilet and a shower, each tent has their own private veranda. The camp is remote and guests have access to the camp's vehicles, making it the ultimate private African adventure.The camp also allows guests to get as close as possible to the wildlife and provides guests with a personalised experience. There is often wildlife wandering through the camp during the day and the night.

The seclusion of the camp means that you are free to have the run of the place. Comprising just 4 tents, and 2 suites the peaceful intimacy lends itself to exclusive bookings, or groups accompanied by private guides. 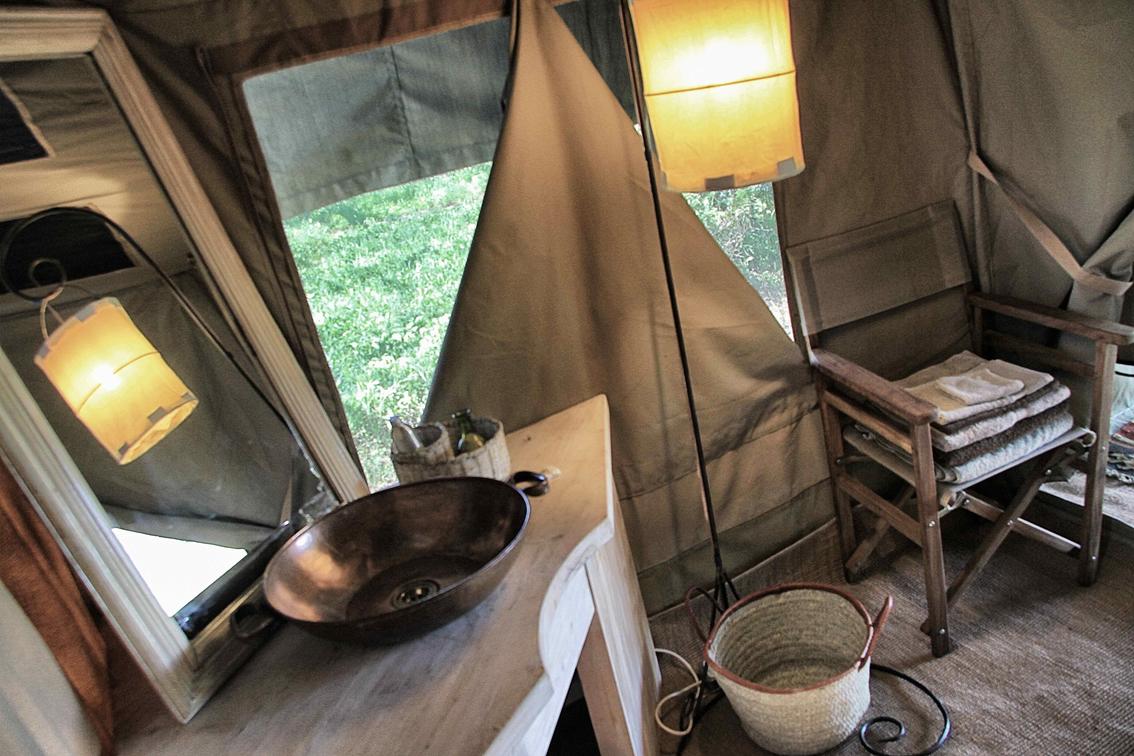 Though it’s a mobile camp, its furnishings and creature comforts are much the same as Serian’s Serengeti North – with flushing toilets and bucket showers in an en suite bathroom, enormous wrought-iron beds, Moroccan rugs, and all the trimmings make it simplistically elegant and comfortable. 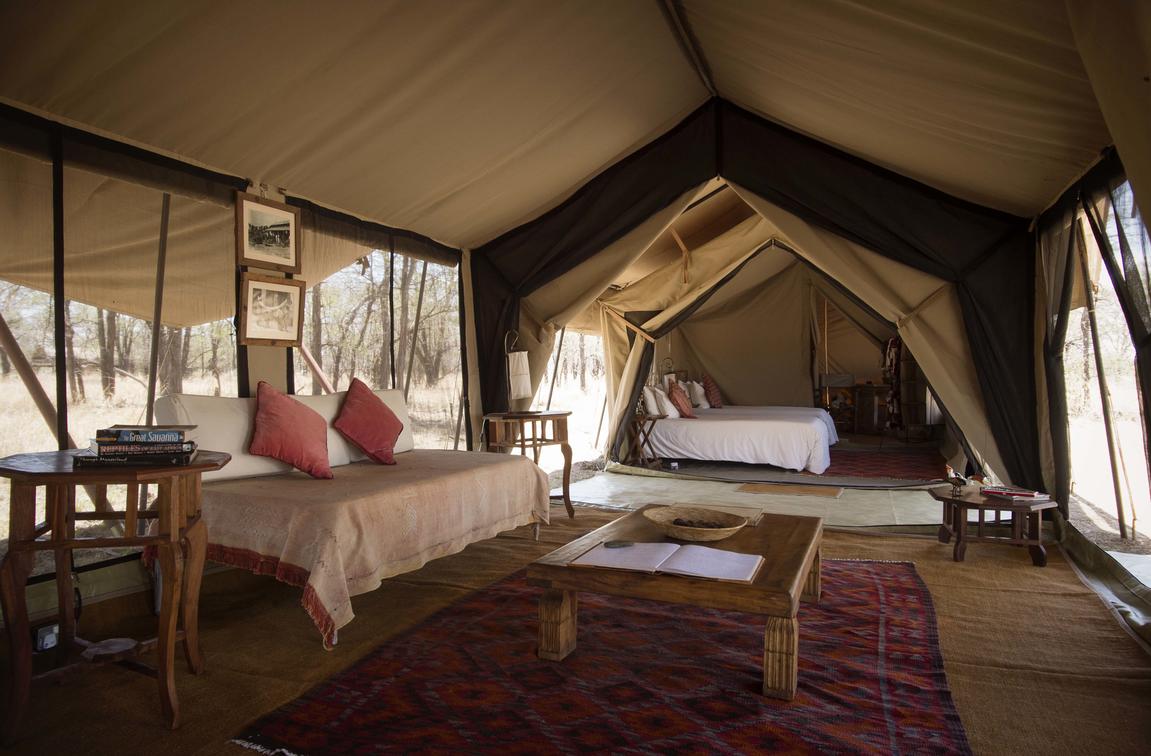 A suite comprises two separate tents joined by a communal living space – and we’ve found that families especially value this balance of proximity and privacy. With parents in one half and kids in the other, each has their own en suite bathroom – and if needs be, a third child can sleep in the living room. By day, the living room is ideal for lounging and reading, lazy snoozing, playing board games or sorting through the day’s photos… In short, anything that entails spreading out and relaxing in a comfortable space. While couples travelling together might find the arrangement a little too cosy, single friends on safari can enjoy the luxury of having their own space, but being close enough together not to fear those night noises that always seem louder when alone…