Video: Celebrating Gorillas and the Communities of Rwanda 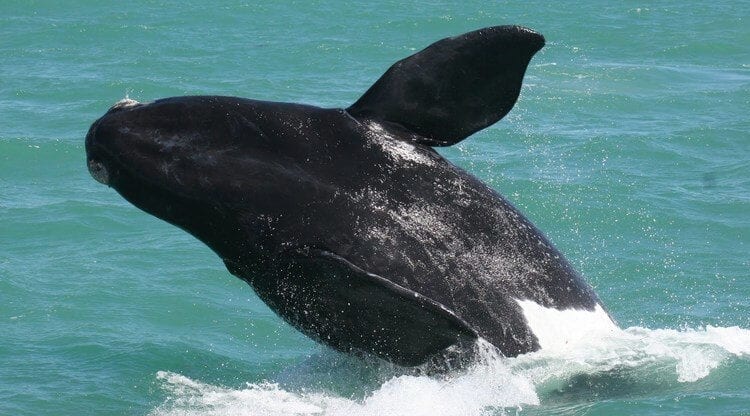 The residents of Hermanus in South Africa open their hearts and doors to travellers from all over the Western Cape, South African and indeed the world for the world famous annual Hermanus Whale Festival. The festival now going into its 27th year makes it one of the oldest along the Cape Whale Coast.

The festival has always been synonymous with predominantly land-based whale watching, recording some of the world's most magnificent breaches. If you travel just a little way down the coast to the sleepy hollow of De Kelders you can almost reach out and touch these gentle giants. Here you are also a stone's throw from one of our favourites lodges, namely Grootbos Nature Reserve. It's worth staying over for a night or three at Grootbos.

Why whales and why the Hermanus Whale Festival?

The gentle giant that is the Southern Right Whale migrates into the coastal waters of Hermanus in the Western Cape to calve and nurse their young each year between late August and early November. Hermanus is best known for its superior land-based whale watching which can be enjoyed from the shores around this coastal village.

Over the past few years, the festival has evolved to include more education on the Southern Right Whales and what is being done to protect this fragile species. Southern Right Whales got their name as a result of being so easy to hunt and kill that it was the 'right whale'. This mentality is what needs changing among humans.

The festival now has an Eco Marine Tent where visitors can get clued up on whales and other endangered ocean creatures and all the various conservation efforts.

Besides the whales and eco-marine festivities, the festival offers heaps of live entertainment, dazzling amounts of food, quality arts and crafts, as well as heaps of fun for the kids.

In only a short few years the Eco Marine Tent has become a well established and firm crowd favourite, becoming the Hermanus Whale Festival's biggest attraction.

With an ever growing human population comes an increased amount of ocean pollution and marine exploitation. This tent focuses on marine education and informs visitors on what is being done to protect various endangered marine animals, as well as what role we all can play in protecting them. The marine biologists and other experts deliver captivating and informative talks.

Southern Right Whales the stars of the festival

The main attraction besides the Eco-Tent is, of course, the Southern Right Whales. People marvel at the spectacle of playful breaching and lobtailing whales, which never stops exciting.

The Southern Right Whale has very dark grey or black skin, with occasional white patches on the belly, which can be seen in breeches and when they roll over onto their backs. It also has two separate blow holes which produce a very distinctive V-shaped blow. Southern Rights have an enormous head which is up to one-quarter of its total body length. The callosities on the head are made of hard material, similar to human finger-nails, which appear white due to large colonies of whale lice called cyamids collecting on them. The number, shape and position of the callosities are unique to each whale, just like fingerprints, and allow them to be individually identified. Southern Right Whales also tend to have a large callosity at the front of the head, called a ‘bonnet’. 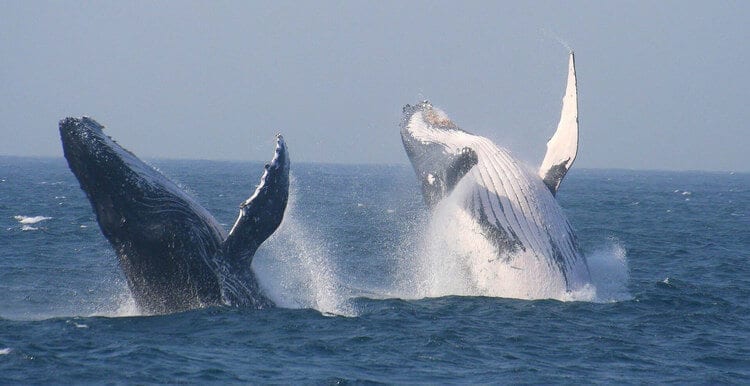 Southern Right Whales can reach a maximum length of 15-17 meters and can weigh 50 – 60 tons. They have broad black tails and squarish flippers.

The callosities on the jaws and are wart-like bumps called a bonnet and are home to specialised whale lice and barnacles.

Mating groups are often associated with increased activity, with the female rolling over and slapping her flippers on the surface, trying to avoid the males. There are as many as 6-10 males who might be trying to mate with one female.

So if you're in the mood for a whale watching extravaganza and the magic of the Western Cape, give Rob or Clyde a ring and they'll chat with you about your next dream trip.