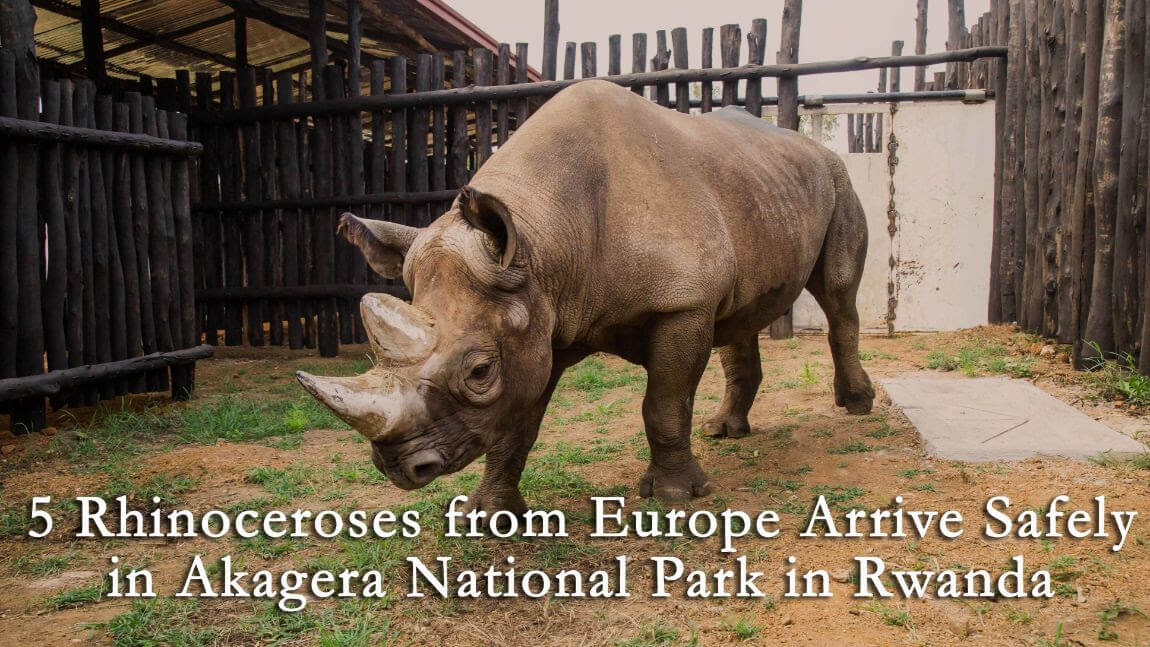 Five endangered Eastern Black Rhinoceroses were successfully translocated from Safari Park Dvůr Králové in the Czech Republic and released into bomas in Akagera National Park in Rwanda, expanding the genetic diversity of a founder population introduced in 2017

Akagera National Park’s Eastern Black Rhino population has grown with the arrival of five new individuals from European zoos following a translocation undertaken by the European Association of Zoos and Aquaria (EAZA), the Rwanda Development Board (RDB) and African Parks, which manages Akagera National Park in partnership with the RDB.

Some good news - Two male and three female Eastern Black Rhinoceroses were released into bomas in Akagera National Park on Monday 24th June 2019, with the aim of increasing the genetic diversity of the park’s rhino population and aiding efforts to restore the critically endangered subspecies in Rwanda and the region.

Originally hailing from Safari Park Dvůr Králové (Czech Republic), Flamingo Land (United Kingdom) and Ree Park Safari (Denmark), and selected from the EAZA Ex Situ Programme (EEP) for Black Rhino, the five rhinos began their journey from the Czech Republic on the 23rd June following months of preparation at Safari Park Dvůr Králové. Every precaution was taken to minimize stress and ensure their well-being throughout the translocation process. They were flown to Kigali before being transferred to Akagera National Park by truck. 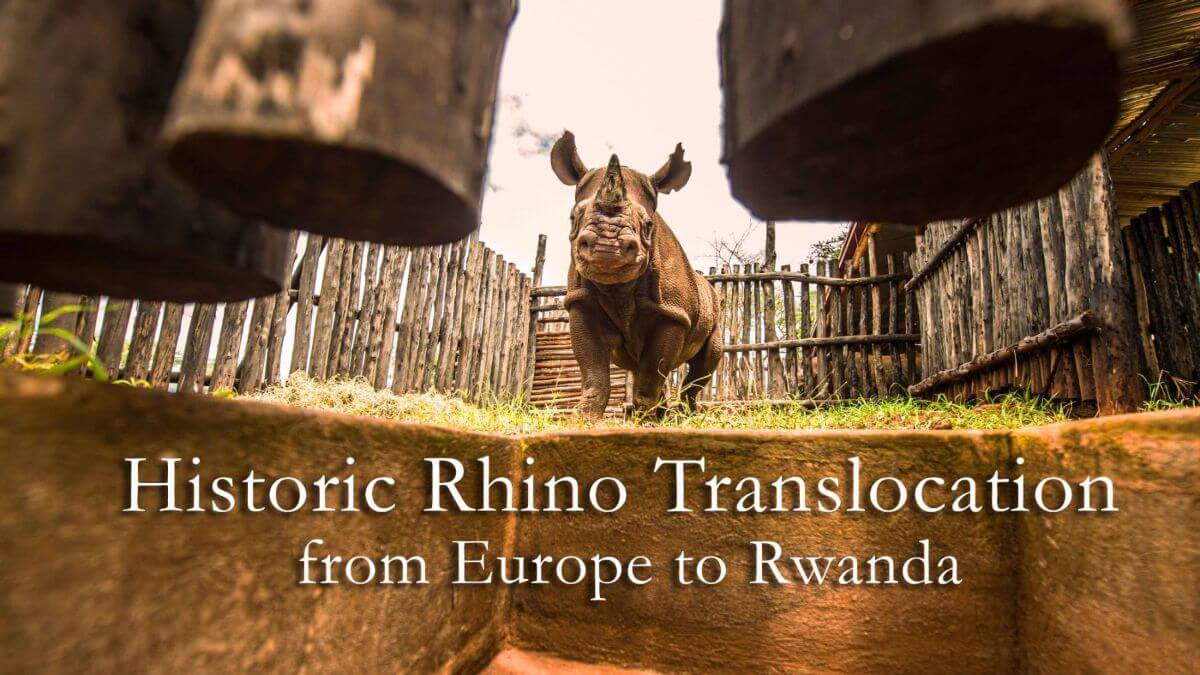 International efforts in the race to save Black Rhinos

“The newly translocated rhinos will bolster the founder group that we introduced in 2017, contributing to the reestablishment of a robust Eastern Black Rhino population in Rwanda,” said Jes Gruner, Park Manager of Akagera National Park. “This unique achievement represents the culmination of an unprecedented international effort to improve the survival prospects of a critically endangered rhino subspecies in the wild. Their arrival also marks an important step in Akagera’s ongoing revitalization, and one that underscores the country’s commitment to conservation.”

The founder population that now numbers 20 adapted well, demonstrating the park’s potential to sustain a black rhino population while underscoring the extremely high levels of security and effective park management provided by African Parks and the Government of Rwanda. Just under a decade of management with improved law enforcement and strong community and economic development initiatives has seen poaching practically eliminated, key species including lion and rhino returned, significant support fostered for conservation, and vibrant tourism leading to Akagera being 80% self-financing.

These five rhinos are joining an already existing rhino population, which were successfully reintroduced in 2017 together with the Rwanda Development Board (RDB) and with support by the Howard G. Buffett Foundation.

Why your visit to Akagera National Park makes a difference

The park is 80% self-sustaining with revenue generation of $2M per year supporting park operations and local communities. Elephants, lions, the existing rhino population and other plains game animals are all thriving, and the park serves as a living example of how a once threatened and depleted landscape can be fully transformed for people and wildlife alike.

Tourism and safari travel in Akagera National Park are a major contributor to sustaining the success of the park and the efforts required in protecting rhino and many other threatened species. For this reason we encourage you to visit Rwanda.

What next for Akagera's Black Rhinos

The founder population that now numbers 20 from the original 18 adapted well, demonstrating the park’s potential to sustain a black rhino population while underscoring the extremely high levels of security and effective park management provided by African Parks and the Government of Rwanda.

The long-term viability and genetic health of Rwanda’s Eastern Black Rhino population requires the introduction of additional animals. The five newly translocated individuals—two males and three females whose ages range from two to nine—were carefully selected and result from the foresight and vision of EAZA in helping to supplement wild populations in secure parks in Africa with genetically-robust individuals successfully bred and nurtured by the EEP.

To help keep this project and so many others under the African Parks administration on track, have a peak at what they're up to and if you feel you would like to donate to them, feel free to do so here.