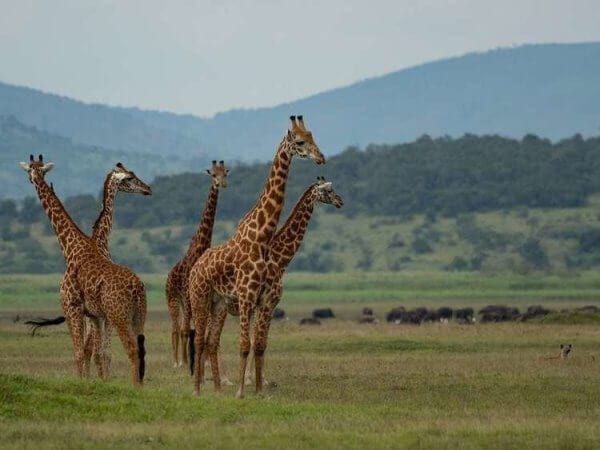 Magashi in Rwanda is ready for 2019 and we are 100% sure that once open it will steal the hearts of all it's visitors!

Since their arrival back in November 2017, Adriaan and Hein, Magashi’s senior guides, have been exploring the area, and everyone is very impressed with the results. The wildlife is plentiful, and sightings of predators and lots of other interesting animals have been overwhelming. Recently Trevor and Dorence, from the SATC Tracker Academy, joined them, which means that the chances of seeing more game improve considerably thanks to their expert tracking skills.

Reporting from the new site in Rwanda’s beautiful Akagera National Park we could not be more excited about what 2019 has in store. The progress of the Magashi build has been amazing and we cannot wait for the grand opening. The team on site are forging ahead, and remain motivated and eager to complete the camp in time for the arrival of the first guests mid-2019. 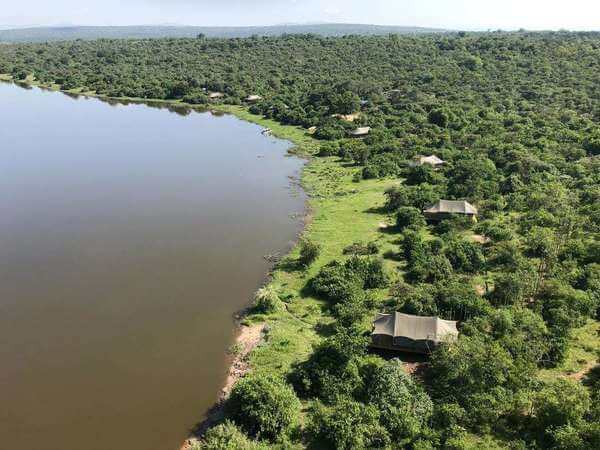 A little history on Akagera National Park in Rwanda

Magashi is set in a private concession on the Magashi Peninsula, along the shores of Lake Rwanyakazinga in the north of Akagera National Park. It is a land where savannah and wetland meet, creating a diverse environment for many animals.

At independence in 1962, the management of Rwanda’s national parks and wildlife reserves was taken over by the Rwandan Ministry of Agriculture, Water and Forestry. The Rwandan ministry struggled to maintain Akagera to the same standards as the Belgian team it superseded. The department suffered due to lack of trained personnel, insufficient equipment, and a budget that was practically nonexistent.

During the late ‘60s and early ‘70s, the work of Dian Fossey in Volcanoes National Park began to gain exposure on an international scale, which increased the motivation for promoting Rwanda’s tourism and wildlife. Experts in science, tourism, conservation and construction established a strong organisation called Rwandan Office of Tourism and National Parks (ORTPN) that worked to support Rwanda’s protected land. This new Office implemented conservation methods such as training guides to enhance tourism, hiring motivated guards to reduce poaching and organising patrols.

Ups and downs over the years at Akagera National Park 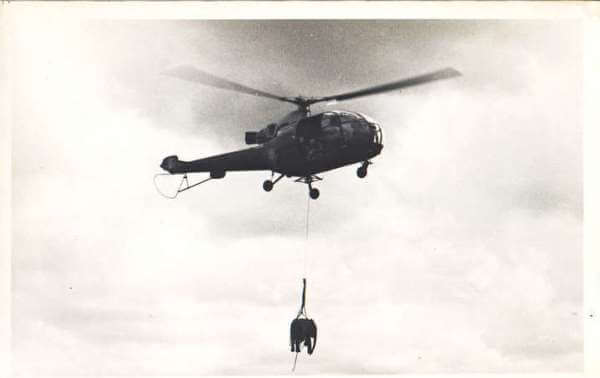 Magashi is a result of Wilderness Safaris working in partnership with the Rwanda Development Board and African Parks and the long-term funding made possible through The Howard G. Buffet Foundation. 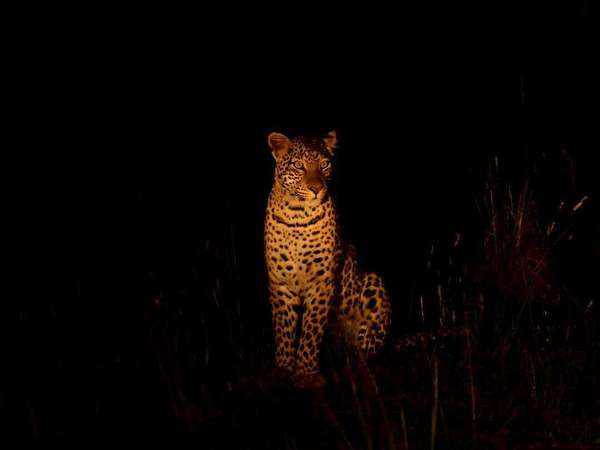 SACT Tracker Academy is a non-profit organisation in South Africa which trains people from disadvantaged backgrounds in the traditional skills of tracking. Successful tracking requires the combination of experience, knowledge and patience.

Magashi is very excited that the SACT Tracker Academy has committed to base two of their trackers, Trevor Makukule and Dorence Khoza, at Magashi from December onwards. The trackers will focus on the habituation and identification of leopards in the Akagera Concession. This will enhance the guests’ experience, and chances of seeing a leopard.

Most exciting is that the Tracker Academy has also committed to transferring their skills to the Rwandan people – a golden opportunity for Rwandan bush lovers! 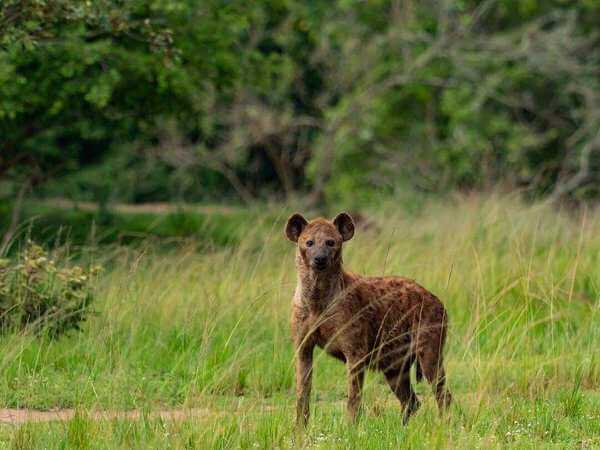 Over the last month, amazing progress has been made and we can now see the layout of the camp and start to imagine how beautiful it will be when it is finished.

A team from Zimbabwe and South Africa is working together with our local team from Akayange village just outside the park. Their employment is helping support their families back home – see the picture below showing the camp take shape. 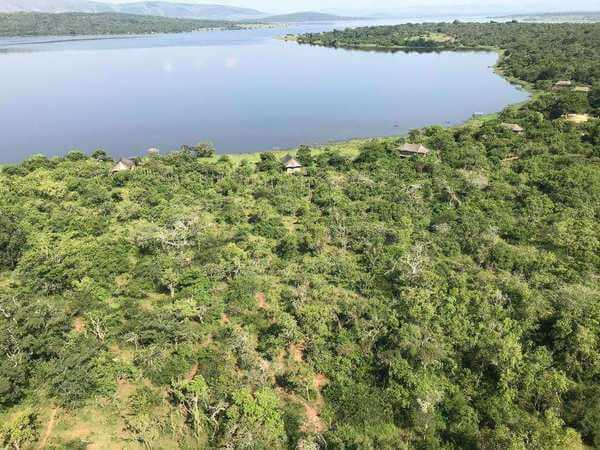 In the New Year, the building team returned and they have continued with the boardwalks and tent interiors. 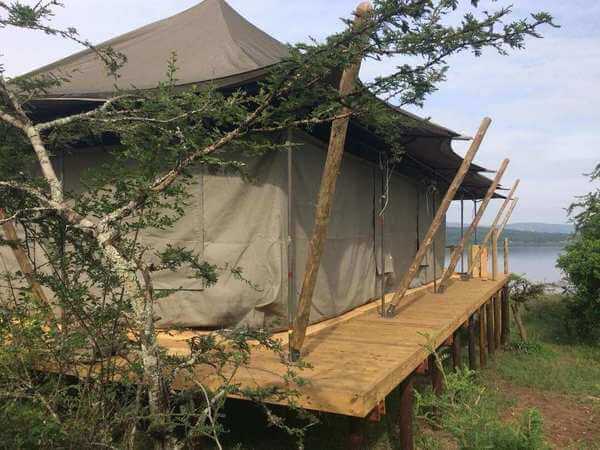 Conservation is at the heart of every at Magashi

Magashi will run on 100% solar energy, with a backup generator for rainy days. In addition, Magashi would like to be as eco-friendly as possible, with minimal impact on the environment.

Magashi are therefore banning single-use plastic from the lodge, in keeping with Rwanda’s strict anti-plastic policy implemented in 2008, when plastic bags were banned and replaced by recycled paper bags.

Also, instead of cling wrap, they will use Kitenge beeswax wraps, and replace straws with bamboo alternatives. Reusable containers and water bottles will be provided for snacks and drinks during game drives. They will also replace print brochures and other guest information in the rooms with digital information on a tablet. Yep, the digital age is upon us.

Wildlife sightings at Magashi and Akagera

The wildlife sightings at Magashi and further afield in Akagera have been amazing. Although it was expected to be good, it has surpassed everything anyone could have dreamt of. 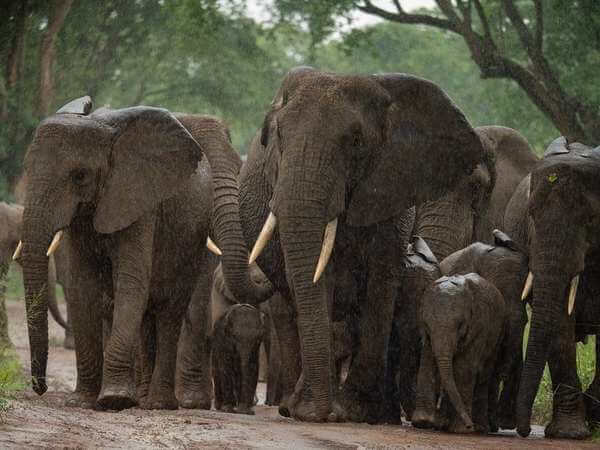 There are big herds of buffalo, elephant and other plains game, as well as plenty of predators like lion and hyaena, but notably leopard. The guides and trackers see leopards by day, by night, in trees, on the road, in the bush, and even under the main area deck at Magashi.

The birdlife in Akagera is spectacular with more than 520 recorded species, including Black-headed gonoleks, long-crested eagles, grey-crowned cranes and so much more. The elusive and rare shoebill stork has proven hard to find, but Hein and Adriaan are confident with the boats in the water which are ready to be used, they will find this rarity in its preferred habitat.

This is not to mention all the smaller wildlife species and amphibians. The diverse habitat that is Akagera really lends itself to a wide variety of species. 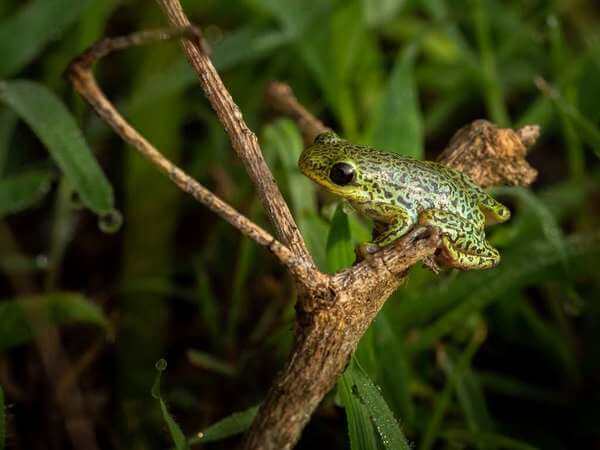