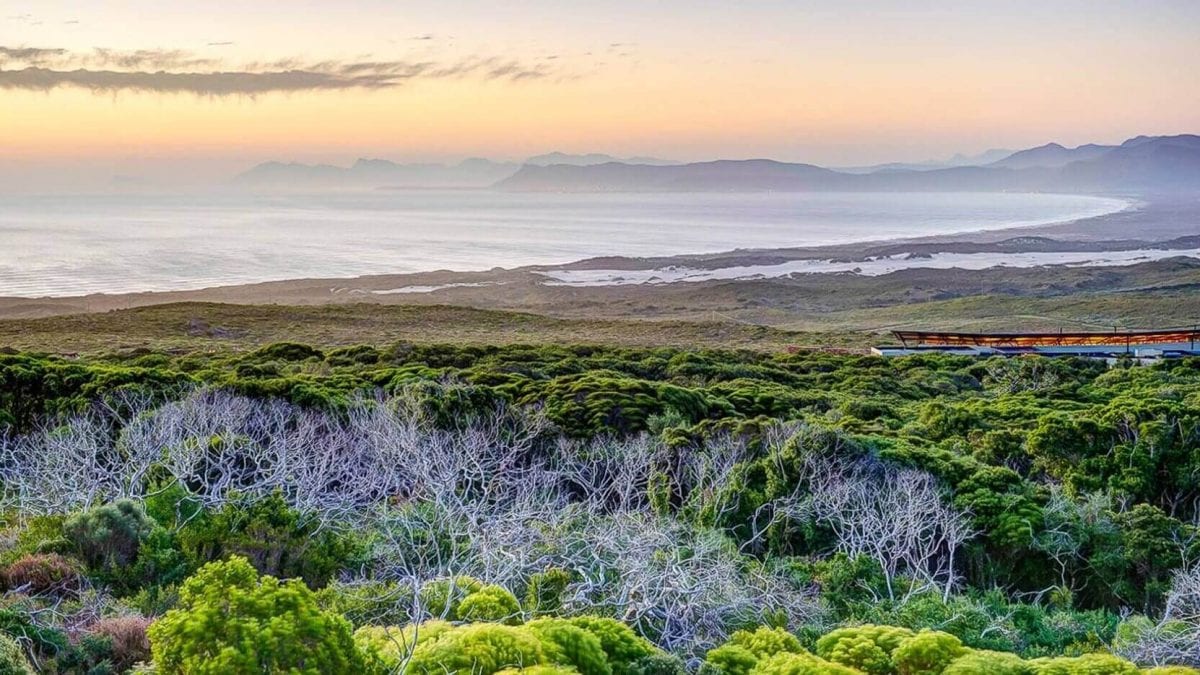 Running roughly from the town of George to Port Elizabeth, the Garden Route is one of the most scenic driving routes in the world with mountains, forests and sleepy, pretty towns to explore.

The Garden Route in South Africa is on the must-see list for most visitors to this country. The high appeal is the glorious natural beauty stretching for almost 300km from the George/Mossel Bay region in the Western Cape to a few kilometres short of Port Elizabeth in the Eastern Cape. The range of topography, vegetation, wildlife and out door activities is just astounding. The Garden Route region is dotted by the towns of George, Wilderness, Sedgefield, Knysna, Plettenberg Bay and culminating in the Tsitsikamma Forest region, which simply put is a dreamworld of giant trees, ferns and bird life. What makes this area unique is a coastline guarded by mountains on the one side which are home to lakes, endless indigenous forests, amber-coloured rivers and miles of golden beaches.

Where does the Garden Route start and finish?

The official Garden Route is around 300km of coastline starting at Mossel Bay (around four hours from Cape Town) and ending at Port Elizabeth. In 2017 it was added to the UNESCO World Network of Biosphere Reserves, and is rich in diverse natural beauty which makes it a wonderful addition to any itinerary.

The Garden Route is a beautiful stretch of 300km along the coast of South Africa and is one of the most notable self-drive routes in the country. Contrary to what the name suggests, the route is not so much botanical garden after botanical garden, but is instead a densely vegetated stretch of stunning Western Cape coastline, which contrasts sharply to South Africa’s interior and is rich in diverse natural beauty.

How long does is it take to drive the Garden Route?

In truth, if you drove end-to-end along the 300km long Garden Route without stopping, it would take 3 days to complete. But where’s the fun in that? There are so many beautiful places to see and explore that we think an absolute minimum of 5 days is required and if you have two weeks all the better!

The hiking trails and quaint little towns you find all along the route make for a truly exciting way to get to know the beauty of South Africa. And if you don’t like the stunning white sandy beaches that you’ll no doubt stumble upon, we’ll eat our safari hats.

What towns are on the Garden Route?

The three best-known seaside towns along the Garden Route include Mossel Bay, Knysna, and Plettenberg. With the route starting off in Mossel Bay, you will get a chance to tick that off first if you’re heading east from Cape Town.

En-route to Knysna are some beautiful places including the town of Oudtshoorn which is popular for its vast number of ostrich farms and the Cango Caves - a stunning underground cavern which is sure to take your breath away.

When is the best time of the year to visit the Garden Route?

The Garden Route is gorgeous all year round and is ideal for being out and about as the temperatures rarely drop below 18°C. The busiest times will naturally be during the school holidays and during South Africa’s summer which falls opposite to the northern hemisphere and is November through to April.

The highest temperatures will hit in January and February so the likelihood of catching sight of animals and birds around waterholes in the Nature Reserves is higher.

The top 5 activities on the Garden Route?

The Garden Route is best known for the incredible amount of outdoor activities you can do, not least heading out on some of the most stunning hikes in the country or indeed making the most of the ocean all along the coastal route either by boat or on your very own paddle board.

For foodies, we truly think that it will be a case of eyes bigger than tum as you have a wealth of remarkable spots to dine along the coast with fresh seafood at the top of the list and exquisite free-range barbeque options as well as fresh vegetarian and vegan dishes which will have you begging for the recipes!

Sandwiched between the towering Outeniqua Mountains and the Indian Ocean, Knysna is known as the ‘Garden of Eden’. It is surrounded by world-renowned forests, lovely lagoons and pristine beaches. Visitors can look forward to an array of markets offering delicious food and organic locally-made goods, explore the town’s picturesque waterfront and quaint streets, adventure through the lush forest, skip over streams and catch a glimpse of the multicoloured Knysna Loerie, take a ferry trip to the famed Knysna Heads and sample the local oysters. Don’t miss the opportunity to enjoy a wide range of exciting activities including: surfing, swimming, yachting, jet skiing, boating, fishing, and golfing.

Oudtshoorn is a unique town in the Klein Karoo region of the Western Cape flanked by the Swartberg Mountains to the north and Outenique Mountains to the south. Oudtshoorn is well-known as the Ostrich capital of the World. Oudtshoorn is a short drive from either Mossel Bay or George with unbelievable views as you reach the crest of the mountain passes. The region of wonderful contrasts and natural beauty has many attractions like the Cango Caves, Africa's largest show cave system, Ostrich Farms and the Cape Floral World Heritage site to name a few.

Set along the spectacularly scenic Garden Route in South Africa, the coastal town of Plettenberg Bay is a popular holiday destination. The Portuguese explorers called it the 'Beautiful Bay', and it’s easy to see why – Plettenberg Bay is a picturesque, charming town with endless pristine beaches, tranquil lagoons, clean rivers, indigenous forests and a dramatic rocky peninsula. Playground to the wealthy, beach mansions overlook the Indian Ocean, often dotted with luxury yachts, while leisure time is given over to polo and golf, among other things. However, all kinds of visitors will feel at peace here as simply swimming in the warm water on a safe beach is a great way to experience the beauty of Plettenberg Bay.