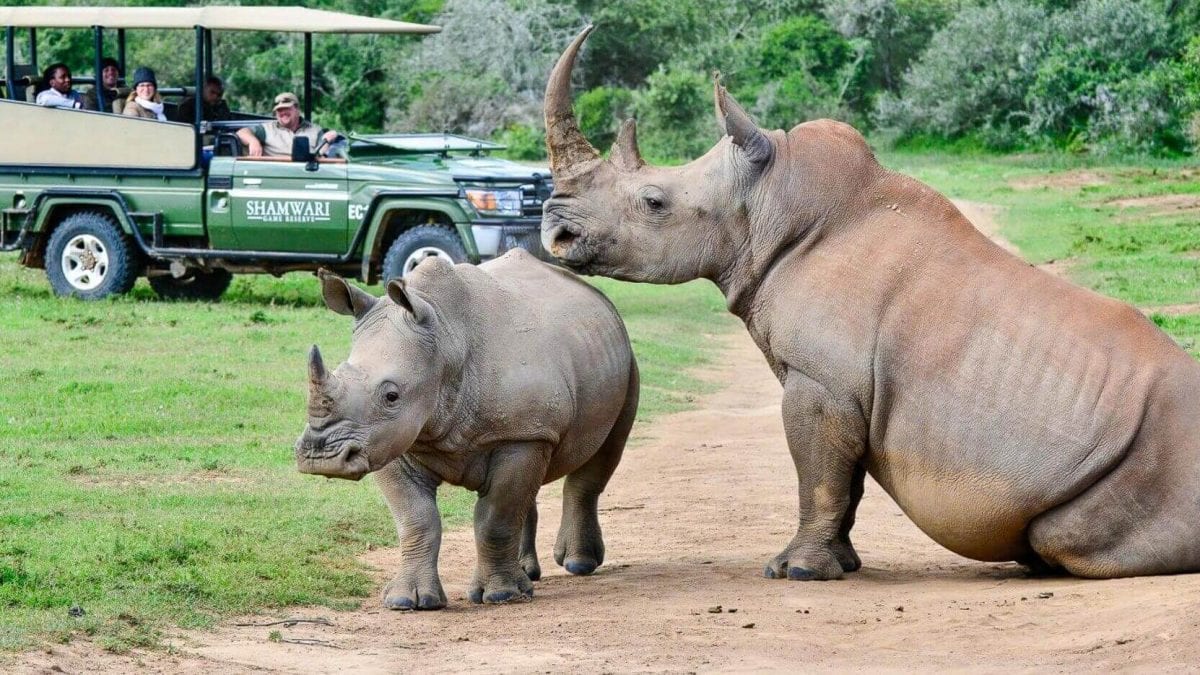 Home to the Addo Elephant National Park, an expanse of around 180,000 hectares with around 450 Elephants, the greatest density of elephant per hectare in Africa.

What are some of the best Eastern Cape Game Reserves?

With such a diverse landscape and the added bonus of being malaria-free, the Eastern Cape is really popular destination for couples and families alike. The reserves are vast and stunning, and our favourites all boast the big five (lions, rhinos, elephants, buffalos and even an elusive leopard or two).

We have a few really beautiful private reserves that we support here, which can offer you a truly rich game experience both in an open safari vehicle or on foot. The guiding is phenomenal and all of the reserves have more than one ‘style’ of accommodation on the land which gives you the option to pick the one that suits you best, be it tented, a river-side chalet or a private house exclusively just for your group. Our favourites are Kariega, Shamwari, and Kwandwe.

What is the best time of year to go on an Eastern Cape safari?

The safaris in the Eastern cape are fantastic all year round. The bush is lush and green during the rainy season and although that makes the game a little harder to find, the photographic opportunities are brilliant with the colours in full flow. The rains are also likely to bring new life, which can be magical to witness.

During the dry season it’s not unlikely to find many different species, prey and predators alike, around the natural water sources which makes for some very exciting activity indeed!

Shamwari is malaria-free. All of the private reserves in the Eastern Cape are malaria-free areas. This means you do not need any malaria prophylactics which makes this are more accessible to many travellers.

Conveniently located in the malaria-free Eastern Cape, Shamwari does not have malaria which makes it perfect for anyone particularly concerned about taking anti-malarials. It also makes this reserve perfect for kids!

What are the top 5 big five safari options in the Eastern Cape?

The big five are so named as they were the most dangerous animals to hunt on foot ‘back in the day’ and include lions, leopards, buffalos, rhinos and elephants. Seeing them up close is one of the most magical experiences in the world.

The reserves we love and support here at Tailormade Africa are all ‘big five’ which means that you can rest assured that you’ll be well cared for and be given the opportunity to tick them off one-by-one!

What are the top activities in the Eastern Cape?

The Eastern Cape is a vast area (nearly 170,000 square kilometres!) and is in the main mountainous country. The region is well known for the incredible activities on offer, not least enjoying the hikes and trails along the southern spur of the Drakensberg, making the most of gorgeous blue-flag beaches and of course the malaria free safari reserves which are dotted around the region.

If cities are your thing then you can always visit the City of Port Elizabeth which is alive with activity all year round and is just a day trip away from the Tsitsikamma National Park.

How to get to the Eastern Cape?

The Eastern Cape is often included in a wider self-drive itinerary given how rich an area it is. It is easily accessible by road from Cape Town and the Whale Coast in the west, and makes for a great final destination particularly when you include one of the region’s wonderful malaria-free reserves as an ending to your road trip!

You can also fly directly into Port Elizabeth, the Eastern Cape’s largest city, from most major hubs around the country including Cape Town, Durban and Johannesburg. 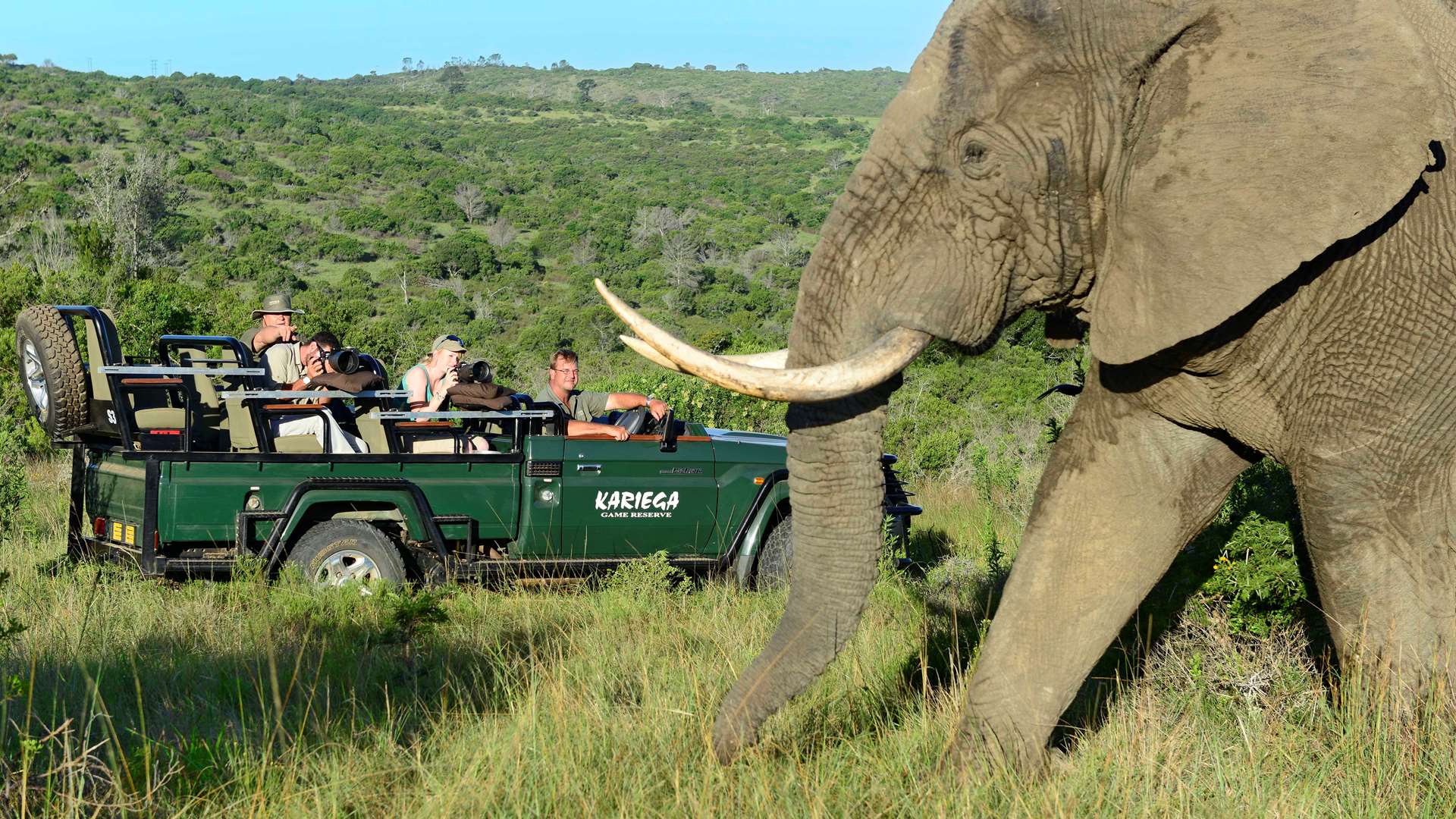 Located in South Africa’s beautiful Eastern Cape Province, Kariega Private Game Reserve lies in the upper reaches of the beautiful Kariega River Valley. Stretching for over 10 000 hectares, the landscape of the reserve features impressive vistas of forest, savannah grasslands scattered with abundant wildlife and encompassing two rivers: the Kariega and the Bushmans rivers. Visitors can spot the Big Five as well as a variety of other animals including giraffe, eland, zebra, wildebeest and an array of bird species; paddle a kayak, jump on a game drive or a river cruise for a close encounter with the reserve’s plentiful wildlife.

Shamwari Private Game Reserve is the premier luxury safari and holiday destination in South Africa's ecologically significant Easter Cape. Shamwari, meaning 'my friend' in Shona (a local South Africa language), is the pinnacle of private game reserves and home to the Big Five, where guests exist in harmony with nature, while wildlife roam the landscape under beautiful African skies. Shamwari boasts seven lodges and one explorer camp, each with distinct experiences. Everything a safari enthusiast could dream of from exclusive tranquillity to the effortless family enjoyment and back-to-nature appeal of a luxury tented camp.