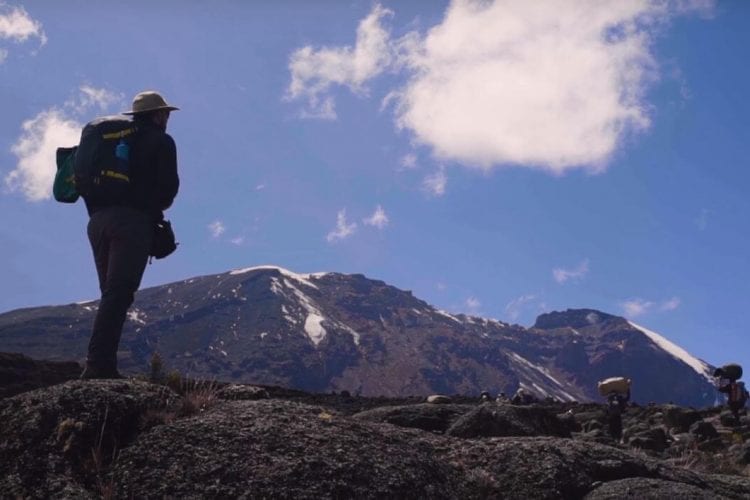 The best time of year to climb Kilimanjaro

The two best times of the year to climb Mount Kilimanjaro are Dec-Feb and Jul-Oct. We are able to offer treks at any time of year, but you do need to understand the potentially huge increases in both difficulty and risk outside the main seasons.

Safety on Mount Kilimanjaro is obviously the priority for ourselves and our climb partners, the African Walking Company. Climbing Kilimanjaro in extremely adverse weather conditions is not a good idea and full respect should be given to the difficulty of climbing Kilimanjaro. The majority of the deaths on the mountain occur during periods of adverse weather, with people getting lost in freezing fog or dying of exposure and fatigue induced by extreme conditions.

For this reason, we close our group climbs during the periods of 01 April - 15 June and 01 November - 15 December. We do occasionally operate private treks during these periods, but only for very experienced mountain climbers and for military groups.

Trekkers hitting the mountain in good weather conditions are up to 25% more likely to reach the summit. Treks in bad weather can suffer from deep mud on the lower forested sections, rain, drizzle and fog at medium altitude, snow and ice at higher altitudes. It would probably be fair to say that a trek during poor weather is roughly twice as difficult as during fine conditions.

Visitor traffic can become a real issue during peak season. The amount of people on the mountain varies enormously both throughout the year and through each week. Selecting the right route and changing your start date by just a single day can reduce the traffic you encounter.

It is important to realise that weather conditions vary considerably on different sides of the mountain. The northeast side experiences considerably clearer weather and lower rainfall than the southeast and particularly the southwest, making it possible for the Rongai Route to remain open during shoulder seasons when other routes are more seriously affected. People intent on trekking during the low and shoulder seasons are usually best advised to stick to this route.

From January to February the temperatures are reasonable, rainfall medium and sunny skies with not too much cloud cover. The visitor traffic is in medium numbers and all routes are open to choose from. It is a great time of year to climb Kilimanjaro.

From March to April the temperatures remain reasonable with an increasing chance of rain and snow and heavy cloud at lower altitudes. The visitor traffic during this period is pretty low as it really isn’t a great time to climb. Kili is hard enough without the added drama of rain and snow. Route wise, Rongai steps up as the shining light as it is on the rain shadow side of the mountain. It can literally be raining on the opposite side and not on Rongai.

From April to June the temperatures are still good but now with high levels of rainfall, strong chances of snow and heavy cloud at lower altitudes. Virtually no-one climbs during this period so there is very low visitor traffic. We consider this time of year to be very difficult to climb and actually quite dangerous and would strongly advise against climbing.

From June to July it starts to get very cold with good snow and ice on the summit, decreasing rainfall and the skies start to clear improving visibility. This is the start of climb season so it’s not empty and it’s not busy on the mountain for the most part. All routes offer good climb chances but again Rongai just about gives an edge.

From July to the end of August it is not too much different to the previous month in that it remains very cold with snow and ice on the summit. As you move into the end of July and early August there is a lower rainfall and often clear skies. For these reasons, it gets quite busy on the mountain. It is a pretty good time of year to climb and all routes become great options.

From September to October, we are in the golden period of reasonable temperatures low rainfall and more often than not, clear skies and good visibility. This period from around the middle of August through to the end of October is just fantastic. We should just add though that the mountain can throw any kind of weather at any time of the year!

From the end of October through to around the middle of December the temperatures start decreasing on a sliding scale as you move to the end of this period with increased chances of rainfall and low visibility. You can imagine now that the climber numbers reduce as you move into the latter part of November and to an inevitable trickle by mid-December.

It has to be said that historically as you get to the back end of November the temperatures do fall off a cliff, rainfall increases and snowfall on the upper slopes is much more regular. Thunderstorms also come into play from time to time. This is the other period in which we consider Kili to very difficult and dangerous to climb and we would again strongly advise against doing so.

From late December through to January it remains cool to cold, rainfall reduces but is still around along with snowfall and heavy clouds. People do still come through as a festive season challenge or to see in the new year with a real achievement and so it can be busy.

Mount Kilimanjaro and its Climate Zones