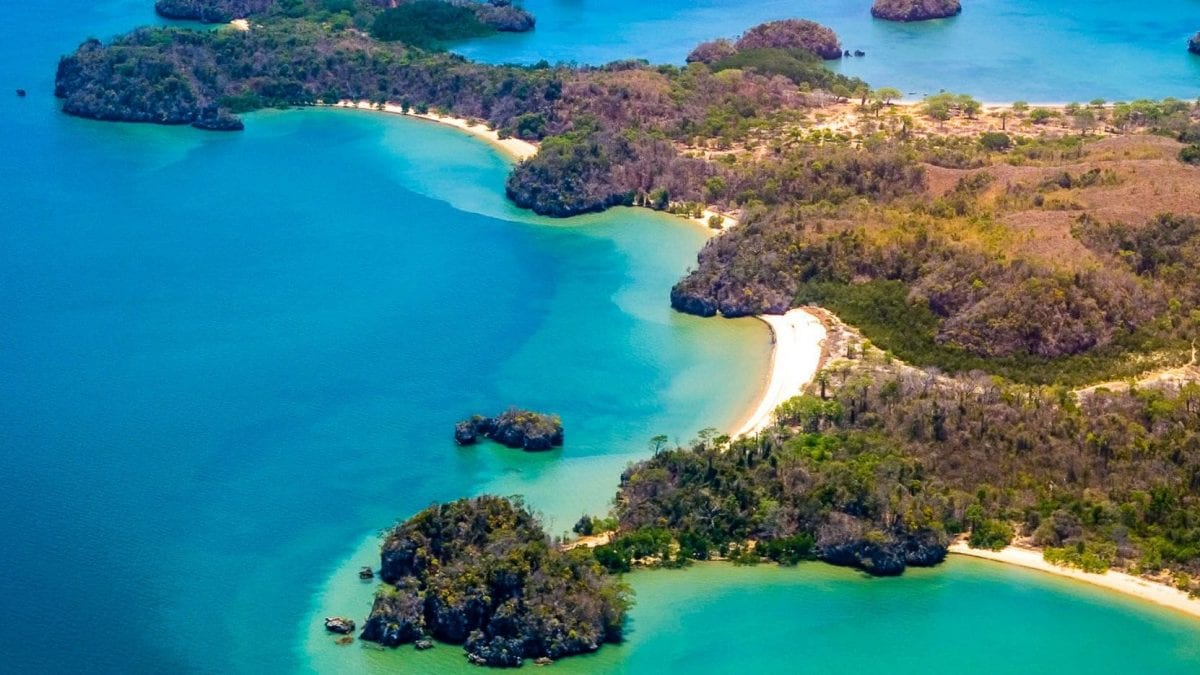 The Western part of Madagascar is home to some of the least accessible areas of the country, but also houses some of the most weird and wonderful places.

It may not be the easiest to get there, but for those who are prepared to make the effort, and in some cases have the budget, then it is well worth it. There are four main areas of interest in this broad Western part of the country. Anjajavy as a stay of at least 4-5 nights and as much as 10 nights and not normally combinable with the other areas. Then we have Tsingy de Bemaraha, Avenue de Baobabs and Kirindy, which will normally all be visited in one trip of at least 6 nights. Those not wishing to take the journey to the Tsingy, may just visit the Avenue de Baobabs and Kirindy over 2-3 nights.

Where can I stay in western Madagascar?

We recommend three main areas in western Madagascar which will give you the best access to see everything this part of the island has to offer. Our choices are Anjajavy Lodge for a beach paradise where you can enjoy rich bird life, tsingy limestone formations, mangroves, coral reefs and pristine beaches, Soleil Des Tsingy where you can enjoy the razor sharp pinnacles of the Tsingy de Bemaraha (which is a forest of 40 - 50 metre high limestone peaks) a UNESCO World Heritage Site and last but not least Palissandre Cote Quest near Morondava which is famous for the Avnue of Baobabs as depicted on many a postcard around the world.

What activities are there in western Madagascar?

The western Madagascar is known for its vast and varied landscapes, from the pristine beaches of Anjajavy to the walkways that crisscross the limestone towers at Tsingy de Bemaraha, to the Avenue of Baobabs near Morondava. And as varied as the landscapes, so is the wildlife in this area too, from the 11 species of lemur to the 103 species of birds to amphibians and bats. There is also the critically endangered giant jumping rate (which you may see if your lucky).

Anjajavy is a beach paradise in the north-west on the Mozambique Chanel, which protects 450 ha of dry deciduous forest with unique baobabs and other endemic plants. Wildlife viewing here is effortless, including Coquerel’s Sifakas and other lemurs. There are flocks of bright green Grey-Headed Lovebirds, Sickle-Billed Vangas, Crested Ibises, Crested Couas, Madagascar Fish Eagles and Vasa Parrots. There are a few spectacular caves to visit along with tsingy limestone formations, mangroves, outstanding coral reefs and pristine beaches. This is as close as you can get to Madagascar 'all in one' and the accommodation at Anjajavy Lodge is superb.

Tsingy de Bemaraha is close to West coast of the island and directly West of the capital. Here you have the razor sharp pinnacles of the Tsingy de Bemaraha. This unique site, a forest of 40 - 50 meter high limestone peaks, is classified as a UNESCO World Heritage Site and located about 20km from the village of Bekopaka. It is accessible from June to November and this is often one of the highlights of any visit to Madagascar, if you are prepared to make the effort to get there, normally around a 10 hour journey from the West coast town of Morondava and one not for the feint hearted. Often people will stop at the Kirindy Forest for a night or two en route to the Tsingy, where they will spend two-three nights. Our pick for accommodation here is Soleil Des Tsingy.

The Tsingy are razor sharp pinnacles produced by the erosion of limestone massifs over millions of years. Steps, boardwalks, ladders, cables and suspension bridges have been installed with phenomenal expertise to form a pathway allowing tourists to explore the tsingy in safety.

The Tsingy shelters a startling array of wildlife: 11 species of lemur (including Verreaux and Decken’s Sifaka and Red-Fronted Brown Lemurs), 103 species of terrestrial and aquatic birds, 15 species of bats, 22 species of amphibians and a variety of reptiles. Pachypodiums and other strange succulents provide splashes of green amidst the grey limestone.

Head up the Manambolo River in a traditional dugout canoe known as a ‘pirogue’. The river cuts a spectacular gorge through the limestone on the southern boundary of the national park. Visit one of the caves filled with stalactites and stalagmites as well as a few human tombs from Madagascar’s first settlers, the Vazimba (approximately 5th century).

The main attraction is its proximity to the famous Avenue of the Baobabs, a cluster of towering Grandidier’s Baobab, one of Madagascar’s most famous views. The Avenue became a protected natural monument in 2007 and new trees have been planted on the 320 ha reserve. The best time to visit is at sunset and often people will combine the Baobabs with a night or two trip to the Kirindy Forest. Our pick to base your at for Avenue De Baobabs and even for a day visit to Kirindy is Palissandre Cote Quest .

The Kirindy Forest is home to the Fosa, Madagascar's largest predator, and is just a couple of hours drive from Morondava. Kirindy comprises 10,000 hectares of dry deciduous forest on flat, sandy terrain and is home to Madagascar's largest predator, the Fosa. The forest is best visited from September to November and is the only place where this formidable carnivore can be seen year-round, often in broad daylight.

Visitors can also see, if lucky, the critically endangered Giant jumping rat, largest of Madagascar's endemic rodents and a variety of lemurs including the smallest of all primates, Madame Berthe’s mouse lemur.