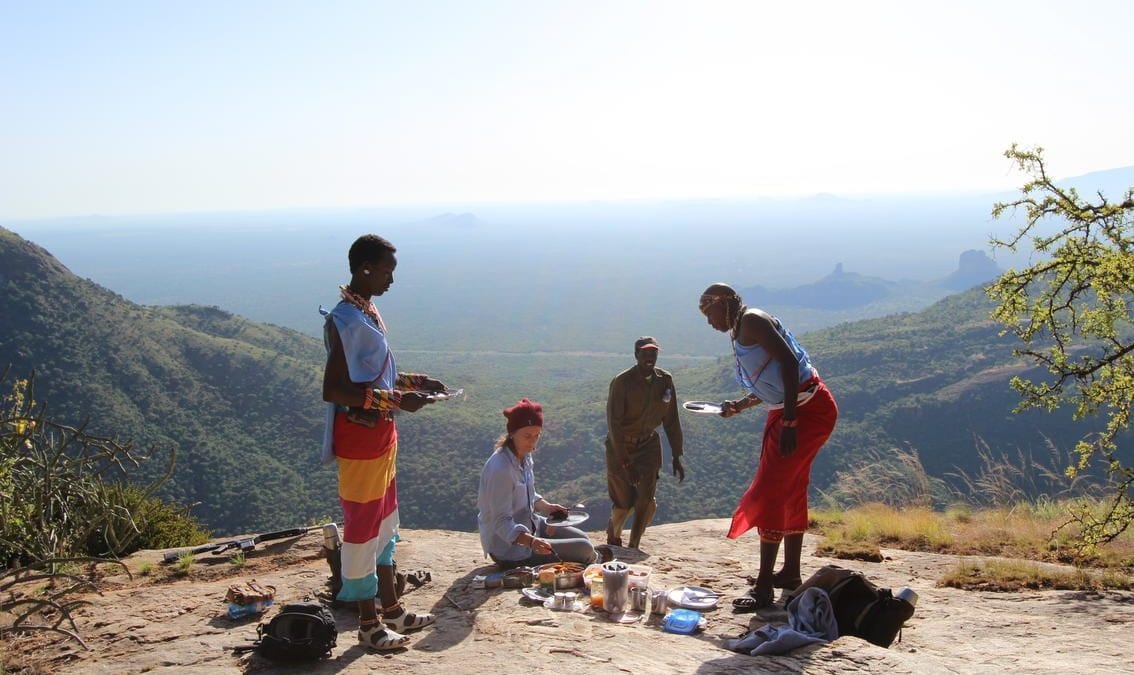 Samburu is an extraordinary desert experience in the northern part of Kenya. Visit one of the amazing Samburu tribes and also get to experience a variety of incredible animals.

Depending on what you have read, the Samburu National Reserve is one of the lesser-known parks in Kenya. Including a Samburu lodge in an itinerary is well worth doing as it can offer you the chance to experience a unique ecosystem in an area that is much drier than southern regions and home to animals that are more able to cope with a desert lifestyle. Famous for the Samburu Special Five (Grevy’s zebra, Somali ostrich, reticulated giraffe, gerenuk and the beisa oryx) the area is also home to over 450 bird species and 75 mammal species including elephants and cheetahs. There is also the opportunity to visit a Samburu tribe here which is incredibly humbling as they battle against the elements in their semi-nomadic lifestyle. Other activities include walking safaris, day and night game drives, camel rides and quad biking.

Where is Samburu National Park located?

The park is in northern Kenya in the Samburu County, roughly 6 hours by road from Nairobi. As part of a Tailormade Africa itinerary, you would always take a light aircraft flight to get there (no matter where you are in the country) as it is quite a journey otherwise! The game reserve borders the Buffalo Springs National Reserve, on the other side of the Ewaso Ng’iro river which divides them. Flights mainly land at Kalama airstrip, Buffalo Springs airstrip and Samburu Oryx Airstrip, although some camps have their own dedicated airstrips which cut down transfer times.

Are there Cheetahs in Samburu Kenya?

Absolutely, and lots of them! The landscape is absolutely perfect for these cats and helps them to thrive.

How big is Samburu National Park?

Samburu is 165 km² in size and offers a variety of landscapes. The Ewaso Ng’iro feeds an incredible palm forest amongst a vast savannah dotted with mountainous kopjes.

When is the best time to visit Samburu?

Given the park is so close to the equator, it stays a pretty consistent heat much of the year. That said, it can be very hot in the middle of the dry season before the short rains arrive in October, with temperatures as high as 100F /38C. The long rains arrive in April and May which means the bush becomes nice and green, but this can also mean some roads become impassable. We just love the green season in Kenya as it affords some magnificent photo opportunities, and cats hate getting their feet wet so can often be found strolling along the road! In the drier months when water is scarce, game is very easy to find as the bush thins out and animals congregate around the limited water sources available.

Where to stay in Samburu?

We have a number of camps that we would recommend while visiting this wonderful area including Sasaab, Saruni Samburu, Elephant Bedroom Camp, and Samburu Intrepids Camp just to name a few. Of course, each itinerary we design is entirely bespoke and we will help you to pick the perfect camp for you and your loved ones!

Situated in the dry north of Kenya, in a land of endless rugged beauty and untamed wilderness, Elephant Watch Camp offers an authentic eco-luxury experience with a conservation focus. The camp is perched on the sandy banks of the Ewaso Nyiro River, beneath kigelia and acacia trees in Samburu National Reserve. This ecosystem has one of the largest elephant populations in Kenya, each one individually identified and studied by researchers at neighboring Save the Elephants, a successful conservation program with strong ties to Elephant Watch Camp ... Read more 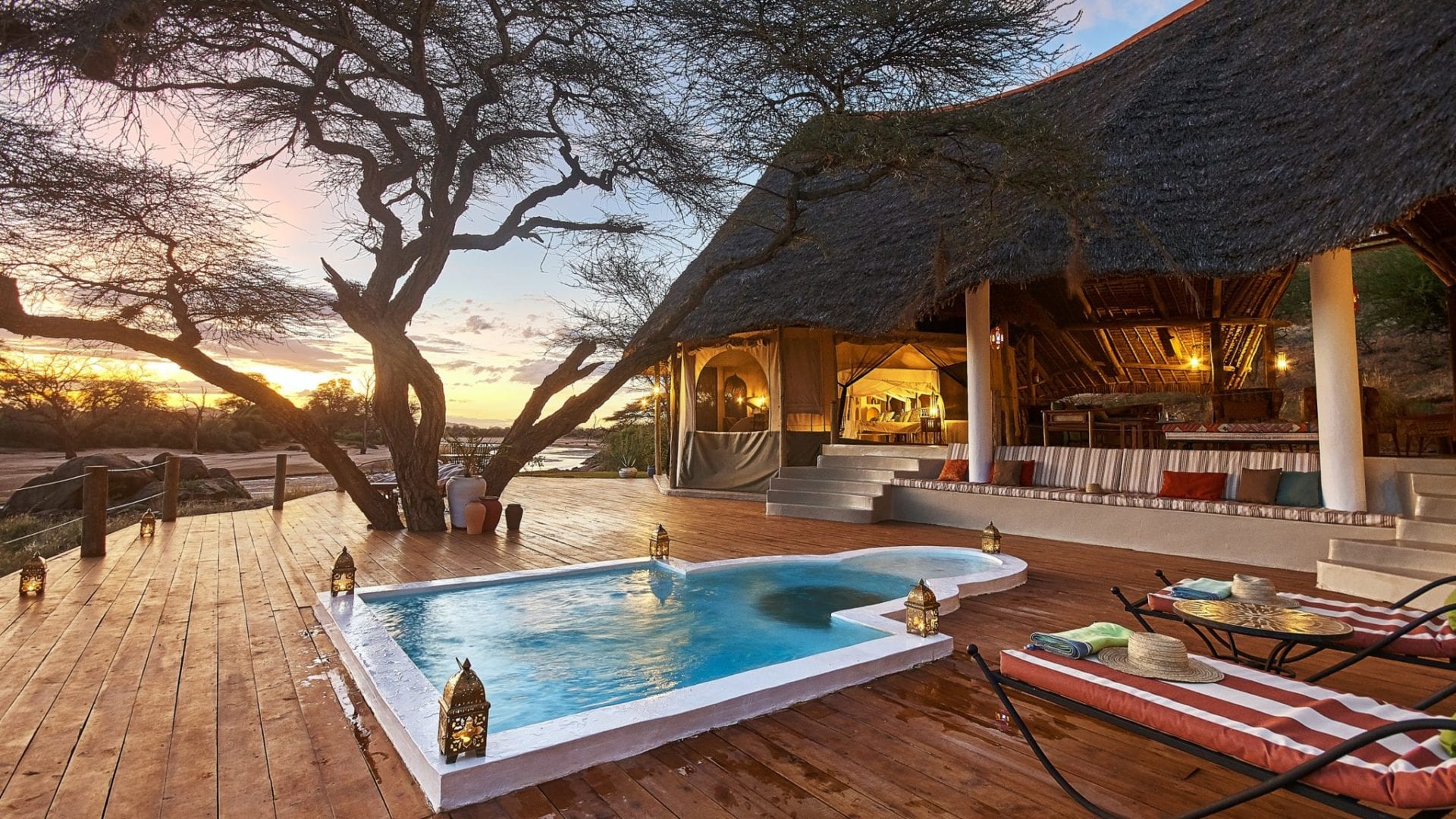 Sasaab is close to the Buffalo Springs and Samburu National Reserves in Kenya’s Northern Frontier District. It’s a place of rich natural diversity with an astounding number of animals from huge majestic elephant to lion, leopard and cheetah, and the "Samburu Special Five" - the Beisa oryx, reticulated giraffe, Grevy’s zebra, Gerenuk antelope, and Somali ostrich. Sasaab prides itself on its hospitality and its friendly and attentive staff strive to make each guest's experience unforgettable ... Read more 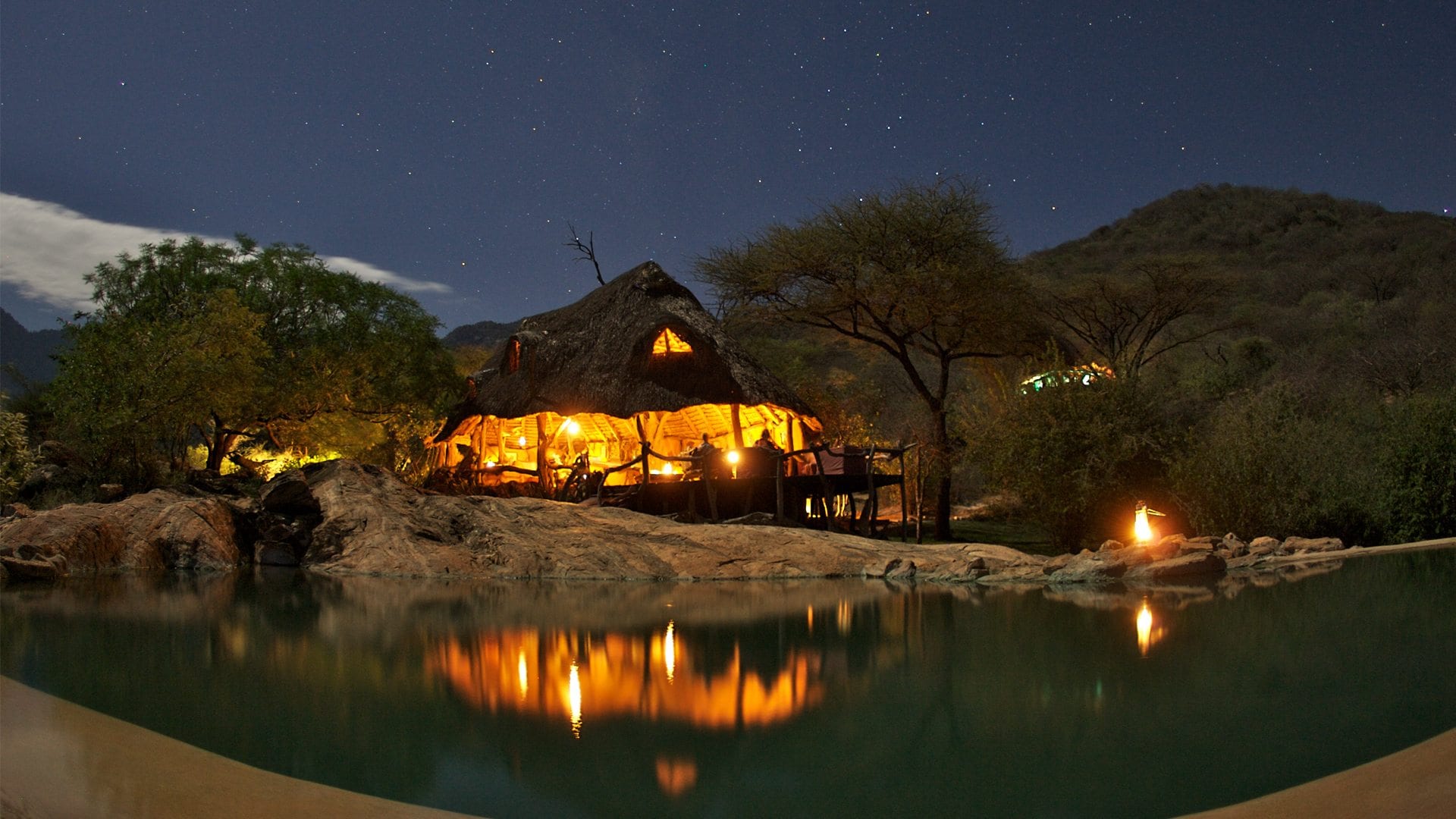 In the northern frontier of Kenya, lies the Namunyak Wildlife Conservancy, an area of 850,000 acres of pristine wilderness in the Mathews Range. The savannah plains and lush mountain slopes are home to elephant, leopard, reticulated giraffe, wild dog and kudu in ever increasing numbers. This remote and dramatic landscape is also home to the local Samburu people whose age-old traditions, including the famous ‘singing wells’ are as much a part of the fabric of this land as the wildlife ... Read more