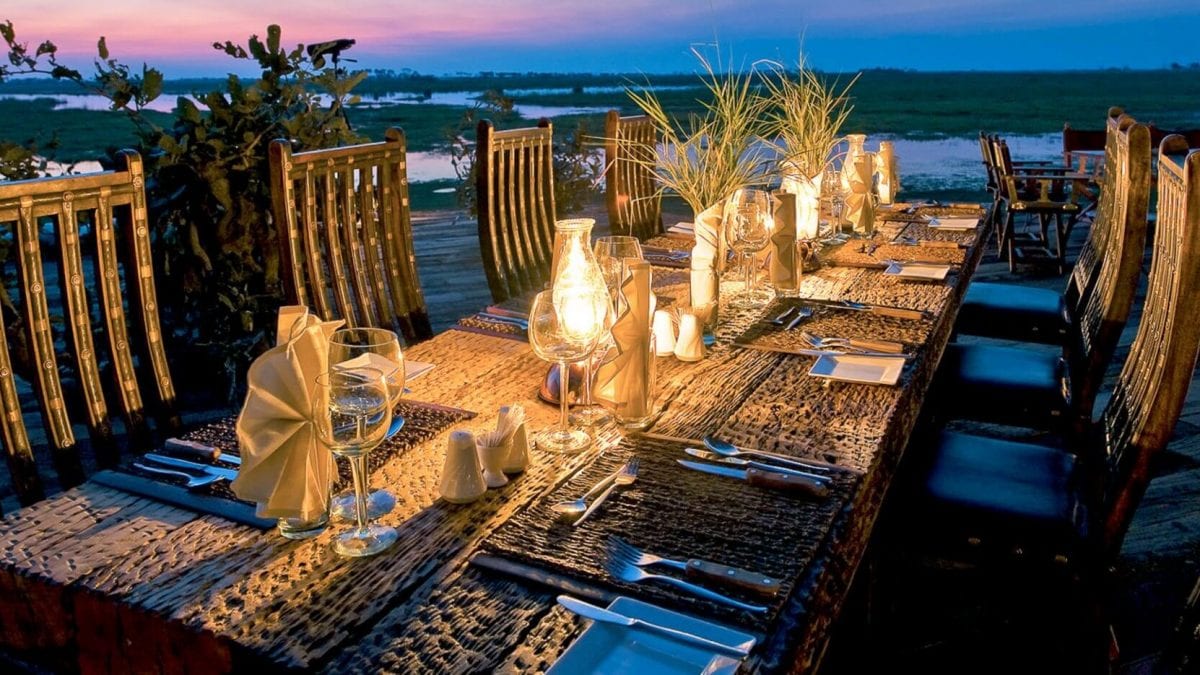 The Zarafa Dhow Suite is a stunning two-bedroom tented suite located on the private Selinda Reserve of northern Botswana. The 210 square meters (2,260 square foot) suite is on raised decking under flowing canvas, where exclusivity takes on new meaning.

We have decided to separate the Dhow suites of Zarafa Camp from the main camp as it is best, and most often, utilised as a private and exclusive camp whilst maintaining the extremely high standards of the flagship property of Great Plains Conservation, Zarafa.

Dhow Suites exudes elegance from every stich and seam. The camp, along with Zarafa, Duba Expedition and the 3 Selinda camps are owned by Derek & Beverly Joubert, both National Geographic filmmakers, with a passion for Botswana and the conservation of its wildlife. Their passion shines through in the attention to detail here, whether it be the classic Persian rugs or the ornate doors collected from Zanzibar. Each of the 2 exclusive suites offers every luxury you could imagine, from a private plunge pool to an air cooling device over the bed. As Botswana’s only Relais & Chateaux property the food and wines are the best you will find for many miles.

Zarafa is named after a giraffe that was gifted to Charles X by the Viceroy of Egypt in 1826. After being discovered in Nubia she was floated down the Nile to Alexandria, shipped to Marseilles and finally walked to Paris. Everyone who laid eyes on her fell in love with her and asked what she was called. Because the Nubians had no name for the animal, they simply called her “Zarafa” which means “Beloved One” in Arabic. It is easy to see why this camp is deserving of such a name. The 320,000 Selinda concession on which it is located is absolutely teaming with life. During the dry season in particular huge numbers of elephant and buffalo are commonplace as are the predators which share their domain. Wild dog sightings are especially good here.

Being situated on a private concession means that game drives and night drives are both possible here, as well as good walking and boating safaris. Each guest is provided with a professional quality Canon camera and lens as well a pair of Swarovski binoculars for their enjoyment during their stay. The guides are very well versed in photography and are some of the finest and most eloquent guides in the country.

The Zarafa Dhow Suite maintains the perfect balance between luxury, romance, and adventure with all its careful appointments. The camp also has no equal in terms of its environmental credentials, with only recycled hardwoods and canvas used in its construction, a gas fireplace in each suite and the entire camp’s electricity generated from solar power. 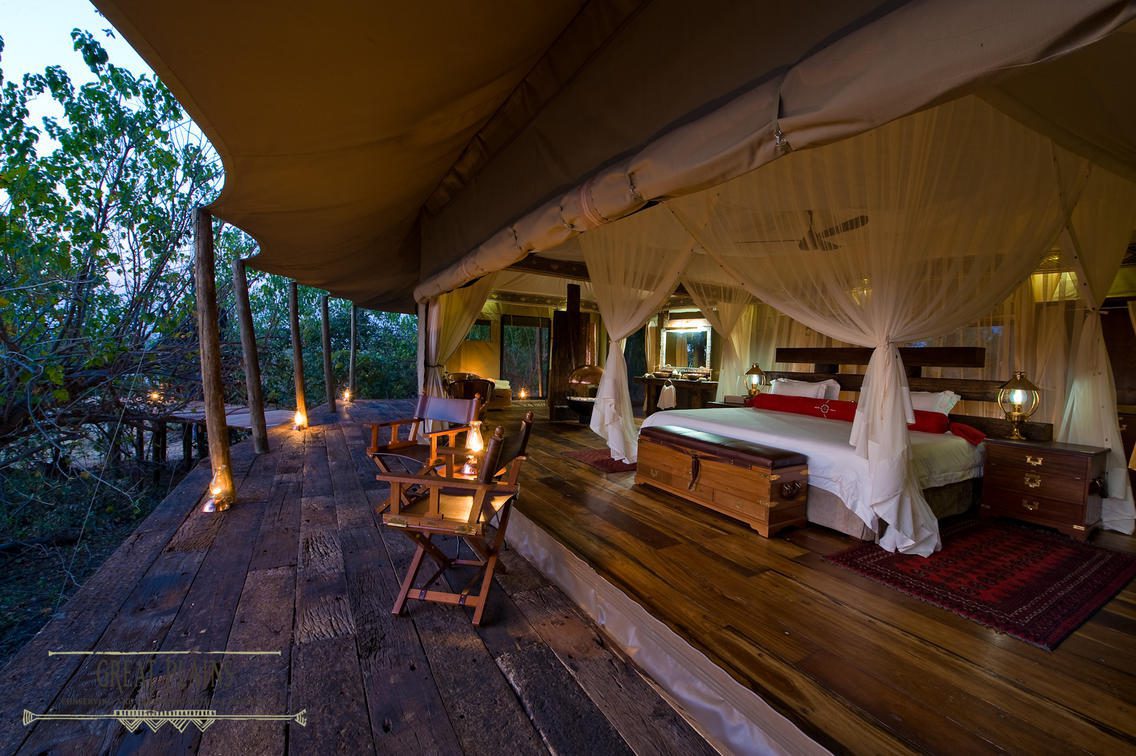 The Dhow Suite, an immense 210 square metres (2,260 sq ft) in extent, is under beige, flowing canvas, with canopy ceilings and completely open (yet netted) sides. Entering through the heavy wood Lamu door transports guests to a lavish space of deep reds, browns, brass and copper, evoking richness and beauty. Central to the Dhow Suites are a full lounge and dining area fitted dining table, coffee table with cappuccino machines and a full-length leather couch and chairs. Two large bedrooms are connected to either side of the main area designed with an open layout bathroom with impressive copper claw foot bath, indoor shower, separate loo and double basins and even an open fire, with copper flue, to heat the room in winter. A large decking area fronts onto the suites with a 5 x 2.5 metre swimming pool, exercise bike and full-body outdoor showers for each room, all with views of pristine Botswana wilderness. The adjoining main camp has a curio shop for those who need retail therapy and an in-room massage is also available.