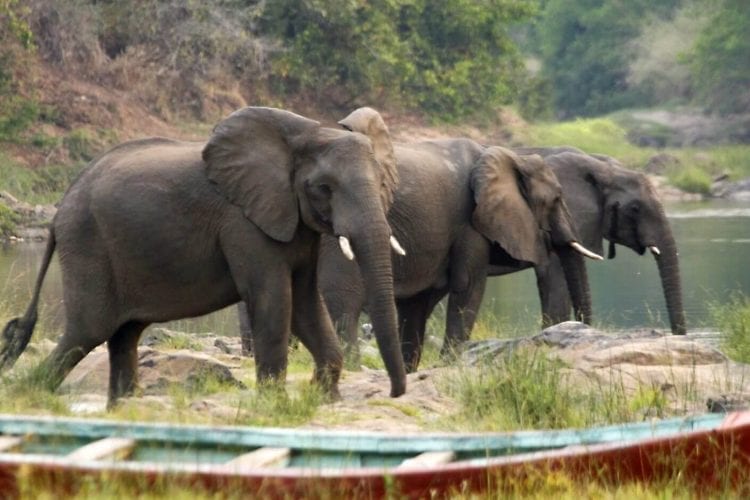 Nkhotakota Wildlife Reserve is made up of dense miombo forests fed by a network of weaving rivers beneath the Chipata mountain in Malawi. Nestled between the Great Rift Valley and a few kilometres from the shore of Lake Malawi, this 1800 kmsq landscape has suffered from intense poaching and timber harvesting This is due to the fact that the communities surrounding Nkhotakota are some of the poorest in Malawi. With their habitat destroyed there were fewer than 100 elephants in Nkhotakota when African Parks took over the management in 2015 Now Nkhotakota is home to the newly translocated elephant and one of the most important area for birds in Malawi with over 280 species counted. Kudu, buffalo, impala, waterbuck, warthog and sable also thrive here.