Ronelle absolutely loves to travel and her feet have never been planted for too long in one place. She has a great eye for design and we are lucky to have her as part of the team here at Tailormade Africa. 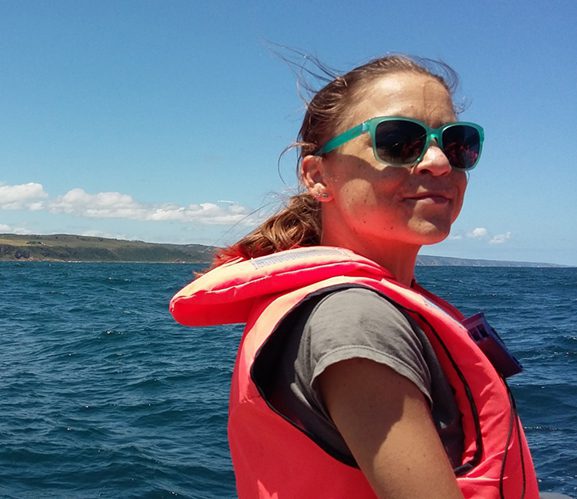 Ronelle has been with Tailormade Africa from the start and has been involved with every website design and development. Her great eye for design and perfection just sets her apart.

An unforgettable 10-day trip to Zanzibar and Pemba Island.

Ronelle has been designing and developing websites for more than 10 years and is a real workaholic.

Ronelle was born in The Hague, Netherlands while her parents were on a diplomatic assignment in the country. Her early school years were spent in Germany where they lived in Hamburg for two years and then in Bonn for three years, before she returned to South Africa in 1989 at the age of nine. She lived and went to school in Pretoria. She then moved to Abu Dhabi, UAE in 1998 with her parents, after finishing school. She returned to South Africa in 1999 to study Zoology at the University of Stellenbosch.

She ended up completing her honours degree in Zoology, but discovered her love for design while doing her masters degree. She has never looked back and absolutely loves what she does. She has always had a passion for helping animals (wild and domesticated), having helped out at a few animal rescue centres in Abu Dhabi and the Western Cape. Her dream is to one day have her own animal rehab centre, focusing on small primates.

Ronelle and her hubby Gareth (our digital marketing manager) are both keen travellers, having visited Dubai, Maldives, Thailand, Hong Kong and Zanzibar. Ronelle has also had a solo visit to the Phillipines and Hong Kong before she met him. Locally they have visited Shamwari, Amakhala and Tau Private Game Reserves and on their trip with Tailormade Africa visited the Table Bay Hotel, Babylonstoren and Grootbos in the Western Cape.

Ronelle is a keen swimmer and loves spending time away from her PC relaxing and losing herself in the water.