Rob just can't get enough of Africa and you will hear this when he shares his passion and knowledge with you. Rob loves the lesser known safari destinations in Africa and knows them exceptionally well. 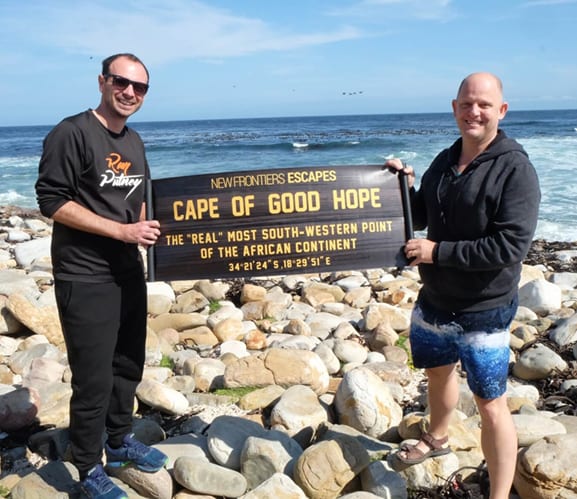 Rob is one of the founders of Tailormade Africa and a well-respected leader in the safari planning industry. Rob lived and worked in East Africa for a time before a career of 16 years designing safari itineraries and travelling extensively throughout the continent.

Rob recently celebrated a family safari in Tanzania and Zanzibar and prior to that spent his honeymoon exploring Kenya with his wife.

Born and raised in the UK, Rob got his first glimpse of Africa on a Kenyan safari aged 13 – and he’s been hooked ever since. As soon as he finished university, he headed straight back out to neighbouring Tanzania to teach and coach sport and then moved to Ghana.

When he returned to the UK, he spent a year encouraging students to do the same before being hired by an Africa tour operator to design bespoke trips across East Africa. It was here he met fellow Tailormade Africa co-founder Clyde Beaty and they worked side by side for several years, until Rob left to assist a London-based NGO running volunteer projects across the continent.

He is a committee member of SATOA (www.satoa.com) – a non-profit association made up of tour operators, lodges, camps, tourist boards, airlines and representation companies that promote travel to Africa and the Indian Ocean. He is passionate about the positive effect tourism development can bring to African countries and works closely with local charities to ensure both traveller and country benefit from a visit.

In his spare time he leads a running club, plays tennis and indulges his oh-so-cool love of country music.