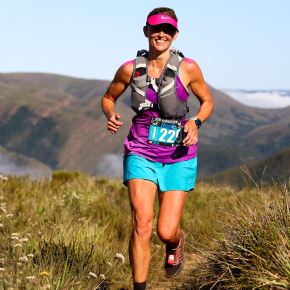 Nicole is our Operations Manager generally making sure the sales team have not missed anything during the booking process and for putting your final paperwork together before you depart on your trips. She also works hard on our social media and blog content for both Tailormade Africa and Africa Marathons.

Nicole Shaw was born in Port Elizabeth, South Africa. She grew up in the Mother City, Cape Town before returning to Port Elizabeth to raise her two children. Nicole’s dad’s ideal holiday is as far away from the city as possible and as deep into the bush as one can go. Her childhood memories include her running away from the sounds of hippos while stepping off her houseboat on Lake Kariba, feeling the spray of the Victoria Falls, and watching a herd of elephant walk through a camp in Chobe National Park. With her family being spread out all over Southern Africa, Nicole learnt to ride a bike down a gravel road in Sidbury, in the Eastern Cape in South Africa and the first car she drove was on a farm in Zimbabwe. These fond memories of the bush created an affection for family holidays away from the city which has led Nicole to taking her own family to Kruger National Park annually for years now.

Nicole qualified with a BBA in Marketing in 2004 but she only pursued her career once her two children were old enough to attend school. We first met Nicole while she was working for a company who initially helped us with the website building process. She was our blog writer and social media consultant. When Nicole left the agency to pursue her dream of starting her own marketing business, we snatched her up as our Operations Manager! She is incredibly diligent in everything she does and helps to keep the rest of us in check.

When Nicole isn’t working or spending time with her kids, she’s running in the bush. Trail running on the weekends is how Nicole gets to step away from the city and enjoy the bush to relax and get ready for the week ahead.