Gareth loves to travel and enjoys going on safari as often as he can. This gives him a unique understanding of the industry which allows him to market Tailormade Africa the way he does. 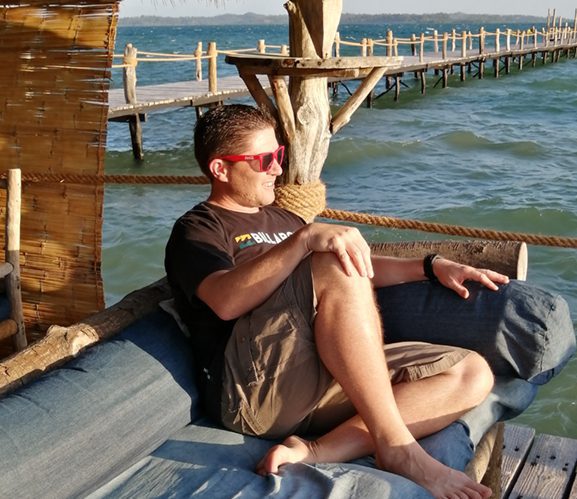 Gareth started out with Tailormade Africa when it was in it's infancy. This has given him unique insights into not only the way Tailormade Africa goes about it's business, but the safari industry marketing as a whole.

An unforgettable 10-day trip to Zanzibar and Pemba Island.

Gareth has honed his skills as a Digital Marketing Professional, but is also pretty handy at other tech things. He loves research and statistics.

Gareth was born and raised in the central part of South Africa in a town called Bloemfontein. During his early years his parents took him on countless safaris to the Kruger National Park, the Umfolozi, Hluhluwe, Mkuze and Ithala Game Reserves in Kwazulu Natal and the Kgalagadi Transfrontier Park in the Kalahari. This laid the foundation for a love of wildlife and conservation. As an adult he has also been to Addo Elephant National Park, Amakhala Private Reserve and Shamwari. He also supports Rhino anti-poaching initiatives.

This love for wildlife and going on safari gives Gareth a unique insight into the marketing requirements of Tailormade Africa. He has been in the Information Technology field for most of his adult life and just so happened to stumble upon Digital Marketing while exploring his options in the field. He joined the team at Tailormade Africa very early on and just loves it here.

Gareth and his wife Ronelle (our website designer and developer) are both keen travellers, having visited Dubai, Maldives, Thailand, Hong Kong and Zanzibar. Locally they have visited Shamwari, Amakhala and Tau Private Game Reserves and on their trip with Tailormade Africa visited the Table Bay Hotel, Babylonstoren and Grootbos in the Western Cape.

Gareth also loves running in his spare time and has even represented South Africa as a student in the sprint events. These days it's all about the scenery.