What has Cameron not done in the safari industry? He has worked at many lodges and done everything from birding to tracking. He is one of the most well-rounded professional private guides in Africa. 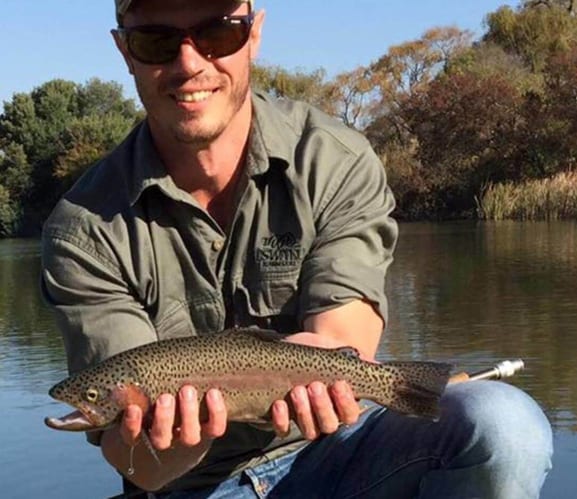 Cameron spends most of his time guiding private safaris, also personally designing safaris and training young guides in South Africa and Namibia. He feels strongly about giving back to the industry by contributing to rhino anti-poaching efforts.

A great trip across all of Namibia where he captured some of the most amazing images.

Some children dream of becoming doctors or astronauts or firemen… not our Cameron though! From when he was knee-high to an elephant he knew he wanted to live the life of a safari guide. Although growing up in the melting pot of Johannesburg is not the most obvious place to start, it certainly gave him an appreciation and fascination of Africa’s people and cultures. After school that he decided to study business management before embarking on his journey.

As a junior guide at Lion Sands Private Game Reserve in the renowned Sabi Sands, he got his first taste of Africa’s big game and its large predators. This kick-started a lifelong fascination and is also when he began to develop his skills as a professional walking trails guide. A short hop across to Sabi Sabi for three and a half years saw him achieve the coveted FGASA Level 3 status and Cybertracker Level 3. To this day, he still believes that being a good tracker makes you an even better guide, and we tend to agree. He also picked up plenty of experience as head guide and lodge manager during his time here.

His thirst for adventure drew him further afield into the mystical Kalahari Desert, where he became an expert on the intricate landscape and its unique species, gaining the SKS (Birding) qualification along the way. But after spending three years at Tswalu Kalahari a completely different opportunity arose, which saw him move to London in the United Kingdom to broaden his horizons. There he worked for a couple of years as the Southern African specialist for a luxury bespoke safari operator, gaining valuable knowledge of sales and marketing as well as designing jaw-dropping itineraries. He also travelled extensively during this time and managed to visit most of the best camps and lodges in South Africa, Botswana, Zimbabwe, Namibia, Zambia, Mozambique and Lesotho.

Africa never leaves your blood though, and eventually, Cameron returned to Africa permanently. He now spends his time guiding private safaris, personally designing safaris and training young guides in South Africa and Namibia. He feels strongly about giving back to the industry by contributing to rhino anti-poaching efforts and he even puts a young Zimbabwean child through school each year. When he’s not in the bush he may be found flying his way to a private pilot’s licence, fly fishing on some remote river or having his wildlife photographs published in Africa Geographic.

Benefits of Travelling With a Private Safari Guide